All that Urdu and English in the Bollywood canon isn't going to revise itself. 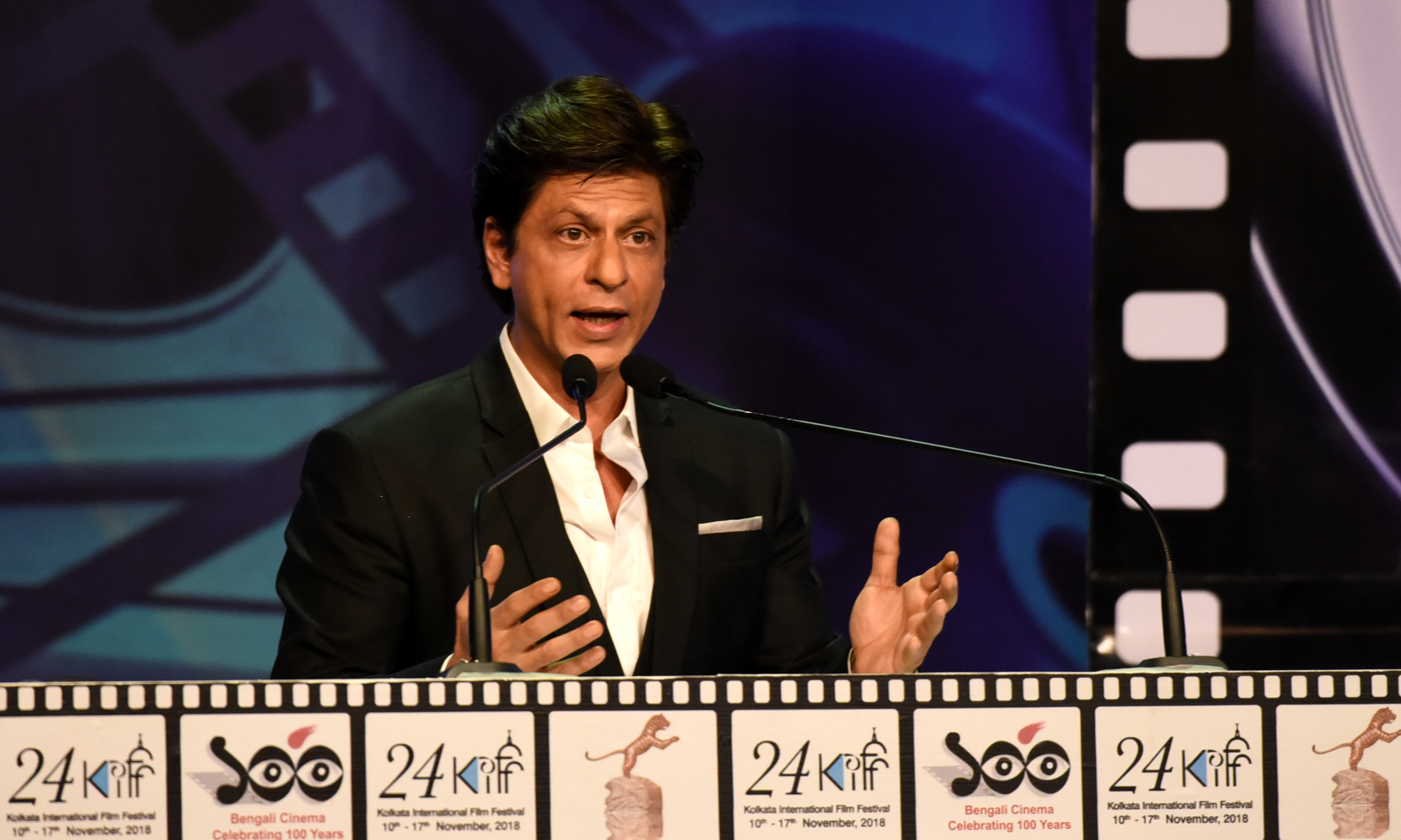 In Sanskritising the linguistically diverse Bollywood canon, he may as well start with Shah Rukh Khan (pictured) and then work his way back to Aladdin
Pradip Sanyal
Chandrima S. Bhattacharya   |   Published 16.11.18, 03:11 AM

One place that will soothe Yogi Adityanath’s eyes, tired of spotting Muslim names everywhere, is the list of the earliest Hindi films. The first years look like edicts of Hindutva now, though they could just have been seen as mythology perhaps in the time they were made.

To the Yogi’s immense satisfaction, not a single film among the 21 made in the year 1920, listed by Wikipedia, will show any evidence of any Islamic influence. On the contrary, they are inspired overwhelmingly by Hindu deities or personalities. Some of these films are Daksha Yagna, Kansa Vadha, Narasinha Avatar, Sairandhri and Vikram Urvashi, all virtuous, high-minded Sanskritic names that one can hear the Yogi declaiming proudly. The few exceptions are the films about love, horror and magic: Balika Badhu, Katorabhar Khoon and Vichitra Gutka (The Enchanted Pills). Some things come before religion, and persist, but that should hardly sway Adityanath standing before such a dazzling edifice of the power of Hindu mythology, with no interference whatsoever from any other culture, a true representation of India’s cultural heritage. In fact, standing before the list, he may be moved enough, as he is wont to be when he is inside a temple, to declare another new name for an offensive Indian landmark. Then and there, he may officially turn Taj Mahal into Ram Mahal.

However, the Yogi’s pleasure may be short-lived, for things seem to degenerate fast in the Hindi film industry from this point. Soon Hindi films begin to show secular tendencies. As early as 1934, the boy Aladdin has emerged a popular figure, to give good competition to good old Prahlad and spawn sequels and prequels in later years. One wonders what happened between the Twenties and Thirties for films to have changed so. Did Gandhiji manipulate matters here too? Or is it that popular culture, if not severely oppressed, will reflect the identity of a place?

By the Forties, secularism is rampant. In 1947, the year of Independence, Mirza Sahiban was one of the highest grossers. The year also saw the release of a Romeo and Juliet, featuring Nargis.

We know what happens next: in post-independent India, the entertainment industry becomes the one place where religious categories do not matter. Although the Yogi must be happy with Dilip Kumar and Meena Kumari for being decent enough to hide their Muslim names, religion does not seem to matter with most. Who cared which religion Mohammad Rafi belonged to? Or Kishore Kumar? And by 1977, we have Amar Akbar Anthony, an outrageous, blistering, true, raucous Bollywood-style declaration of the unity of Indian religious identities. That may be problematic in itself, but it also shows that the film industry had come a long way in four decades, even if Santoshi Ma had her own following.

Now of course, things are hopeless. They look beyond redemption. Everything is mixed up. Any self-respecting Hindi film title has to be in English. A random look at June, 2018, reveals that of the first six films released this month, all have English titles: Blackmail, Missing, October, Mercury, Zoo and Beyond the Clouds, the last having been made by Majid Majidi, from Iran, with Hindu actors. And Bollywood still has the cheek to be dominated by three Khans. Appalling.

But where small men despair, heroes like Yogi see work. This is so much Urdu and English. The canon must be revised. Adityanath may as well start with SRK, Sanskritise him, and then work his way back to the top to Aladdin. Shuddha Ram Kriya, anyone?