Advertisement
Home / Opinion / RSS in the time of Modi: dominated but happy

RSS in the time of Modi: dominated but happy 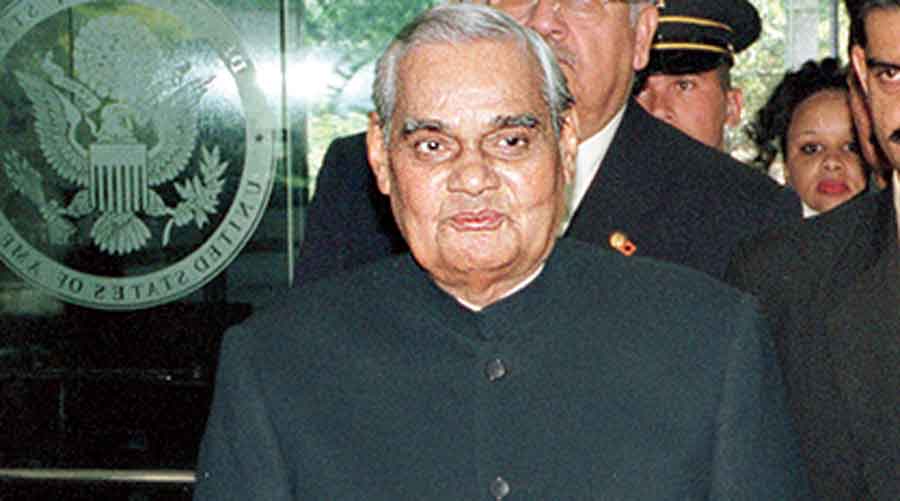 The Rashtriya Swayamsevak Sangh is regarded as the parent body of the wider saffron family, including the Bharatiya Janata Party. The relationship between the RSS and the BJP, particularly when the latter is in power, has been a difficult one to manage. Friction between the ideological parent and the political offspring was common during the days when Atal Bihari Vajpayee was prime minister. Narendra Modi, however, has achieved a rare feat — to dominate the RSS and keep it happy at the same time. The RSS has several complaints with regards to the party organization and the government, but is unable to voice them. The reason is this: Modi has given the RSS so much in terms of ideologically important issues that its leaders cannot muster up the courage to voice even legitimate complaints. Modi has fulfilled the two most difficult dreams of the sangh — building the Ram temple and revoking Jammu and Kashmir’s special status.

On the new farm laws, insiders say that even the RSS feels that the agitating farmers’ principal demand for a legally guaranteed minimum support price for their produce is just. The parent body, however, has refrained from putting pressure on the government to make the necessary amendments, if not repeal the laws. At a three-day RSS-BJP coordination meeting early this week, the issue was discussed. However, the RSS leadership left the matter for the government to resolve. “Farmers should sit and hold a discussion with the government to find a solution,” said the RSS joint general secretary, Krishna Gopal, to repeated questions over the RSS’s views on the farm laws and the protests. He did not say anything beyond this.

At a time when the netas of various parties are trying to portray themselves as gau sevaks and gau rakshaks, the Bihar chief minister, Nitish Kumar, has uttered a louder ‘moo’ than them. As Kumar and his cabinet colleagues declared their assets on New Year’s Eve, people found out that he owned 12 cows and six calves. His cattle wealth is growing; two years ago, he had just eight cows and six calves. Some said he has more than what the charismatic cowherd, the Rashtriya Janata Dal chief, Lalu Prasad, and his wife, Rabri Devi, possess.

That Kumar is a gau bhakt, or cow devotee, is no secret. He has been advocating the protection of the indigenous breeds of cattle and setting up cattle institutes in Bihar. However, none among his retinue was willing to reveal how much milk the CM’s house produces and what happens to it. Some of them did say that Kumar, a vegetarian, consumes milk as part of his diet. It is also used in tea served to the staff working at his residence, officers being summoned as well as visitors. This is unlike the Lalu-Rabri household; the milk of the family’s cattle is reportedly supplied to a posh hotel in the state capital. However, some leaders saw politics in Kumar’s love for cows. “He can project himself as more rustic than Lalu, and more [of a] cow lover than the politicians of the BJP-RSS axis. This is a win-win situation for him. We think only [the] Nationalist Congress Party chief, Sharad Pawar, can outdo him in this,” a leader reportedly said. It is not known yet whether the CM plays with his cows or hugs them, activities which are among the latest wellness and therapy trends in the West.

The continuance of Govind Dotasra as the Rajasthan Congress president and the balancing act in the constitution of committees indicate that the party high command has decided to forget the ugly rebellion and fully accommodate the Sachin Pilot group. Pilot loyalists have already been included in the state committees; the young leader himself now may be given some important responsibility at the national level. There is strong speculation about Pilot becoming general secretary with an important state under his charge; he may also become a party spokesperson. With Pilot as a gen-sec sitting in Delhi, the Rajasthan CM, Ashok Gehlot, will breathe easy for the rest of his term. Gehlot was not keen to accommodate Pilot in the state after the rebellion. Rahul Gandhi and Priyanka Gandhi Vadra wanted to do so and restore Pilot’s pride; the new general-secretary in charge, Ajay Maken, executed the plan to perfection. He is said to have smartly handled factional pressures to keep senior leaders happy while also creating a small organizational machinery, avoiding the lazy formula of appointing dozens of gen-secs and vice presidents. Rajasthan is crucial to the Congress revival plan; retaining power in 2023, just before the next parliamentary polls, will be the most important task for the party.

The Congress high command is apparently trying to help prepare its state units in Assam, Kerala, Tamil Nadu, Puducherry and West Bengal for the electoral battle ahead. In Assam, Jitendra Singh was appointed the AICC gen-sec and in-charge of the state in September; the leadership has now drafted the Chhattisgarh CM, Bhupesh Baghel, as a senior observer for Assam. These moves have been welcomed by party workers and leaders; now they are wondering what the central leadership is thinking about uniting the state leadership. Most senior state leaders have reservations about the fact that the Congress decided to continue with the state PCC chief, Ripun Bora, even though it suffered setbacks in the polls contested under him. Party insiders say these setbacks are visible to all but the top leadership. The ‘no-confidence’ against Bora saw a letter written to Sonia Gandhi in August, seeking a change of guard, leaked in December. The Congress has also not come up with a narrative appealing to the voters. Elections are all about perception, and party insiders say the Congress is losing the perception battle. “You may win or you may lose but to remain in the game you need the right people with the right ideas — and in time! Hope the high command realizes that [its] job is half done,” said a political observer.

The former Karnataka CM, PC Siddaramaiah, is known for his oratory and political skills that immensely benefited the Congress. His knack of getting under political rivals’ skin has a new victim: the CM, BS Yediyurappa. Siddaramaiah said Karnataka would get a new BJP CM ‘very soon’. This has rattled Yediyurappa who has been pulling out all stops to cling to power. Now Yediyurappa supporters are desperately trying to unearth the source of Siddaramaiah’s information and check its veracity.