Rooting out ragging at institutions of higher education

Ragging persists despite stringent laws against it because it is tolerated by the authorities, teachers, and students 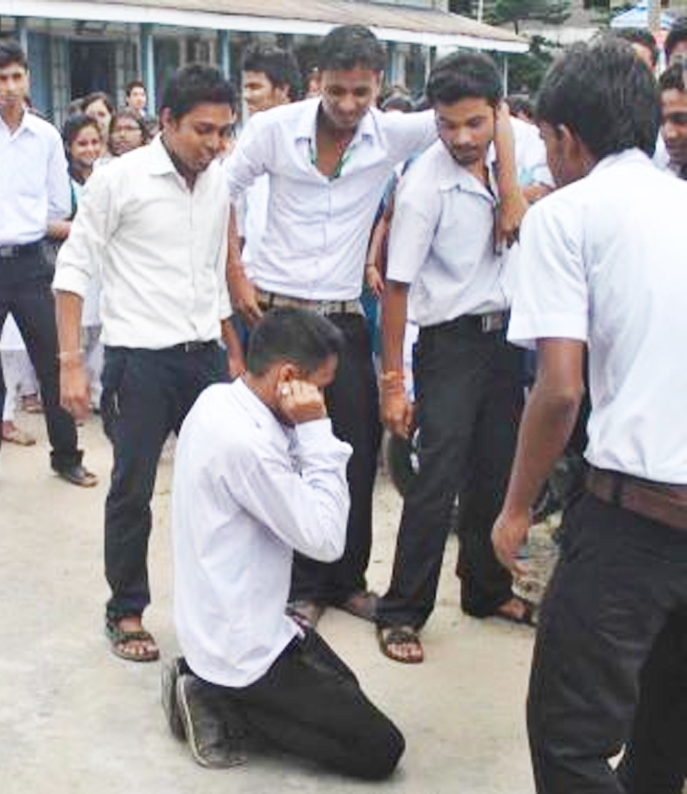 Power thrives on violence and fear. This is often the first lesson learnt in colleges and universities. Take, for instance, the case of the first-year MBBS students in the Uttar Pradesh University of Medical Sciences, Saifai, who were recently forced by their seniors to tonsure their heads and ‘bow in reverence’ before the latter. The seven students allegedly responsible for this incident have been suspended and fined, but only after the Medical Council of India stepped in and issued a show-cause notice to the university. Around the same time, in another part of the state, seniors apparently made freshers sing songs and dance all night. Odisha, however, stole a march over UP in this toxicity: students were slapped and forced to “mimic sex scenes” in a college in Sambalpur. Ragging in institutions of higher education persists in spite of stringent laws against it. The University Grants Commission first issued its anti-ragging guidelines in 2009 after the death of a student and a prod from the Supreme Court. Since then these regulations have been strengthened thrice through amendments. The UGC has claimed that these have led to a steady decline in physical torture and sexual abuse — two of the most despicable means employed to bring freshers to heel — since 2013. The reality, as is evident from the despicable acts carried out by seniors in UP and Odisha, is more depressing: ragging thrives, striking blows that are at once physical and psychological.

The failure to root out ragging cannot only be attributed to lax scrutiny on the part of authorities. The ambivalence — acceptance? — of teachers and students towards this violence must also be acknowledged. The vice-chancellor of the Saifai university had attempted to brush away the incident as “sanskar”, a part of “manners building”. That humiliation can be legitimized through glorified rites of passage seems to have eluded the educationist. As a result, unequal exchanges among students are often encouraged in the mistaken belief that these strengthen the bond between them. But the line separating ‘benign’ and dangerous is thin. Harassment should thus be taken seriously and apposite punishment meted out to the guilty. Ironically, the students subverting the rules to establish their place at the top of the pecking order have, in all probability, been victims of ragging themselves. The infliction of a similar trauma upon freshmen can only be explained by their lack of empathy. A top-down approach is thus unlikely to curb the menace. The vicious cycle of violence can only be broken when the students themselves are ready to relate to the pain of their younger peers. This, in turn, is possible if they treat them as equals.

C for children and D for depression