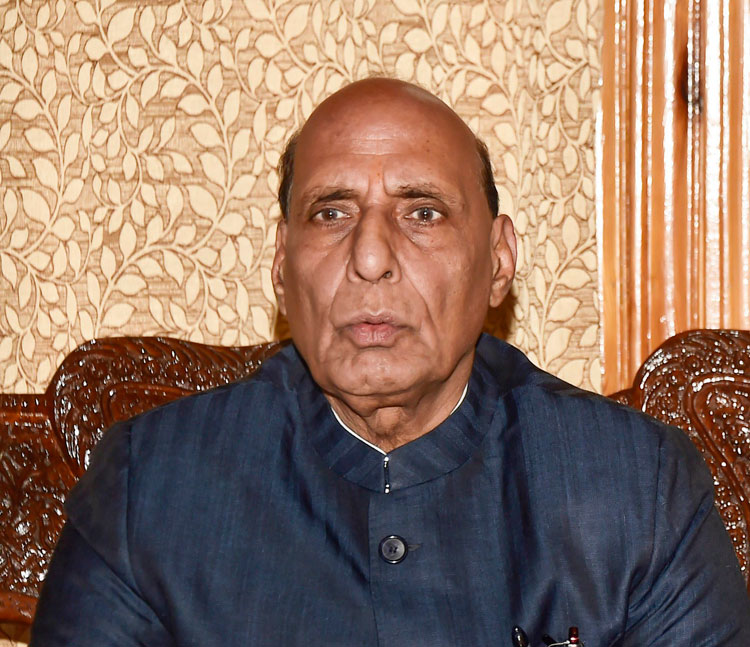 The alliance between the BJP and the JD(U) has transcended politics. The nephew of JD(U)’s KC Tyagi has tied the knot with the daughter of the former Union minister and BJP MP, Rajiv Pratap Rudy. A large number of invitations had been sent out for the engagement ceremony. That is only to be expected. In a season of uncertain elections, it also is better to make friends.

Cometh the hour, cometh the man — for the Bharatiya Janata Party that is. As the general election draws closer, BJP members seem to be resorting to praising Narendra Modi with renewed vigour. Last week, BJP MPs stood up in the middle of a debate when they spotted the PM making an entry into the Lok Sabha. The MPs even chanted Modi’s name when the PM spoke in the House, slamming the Congress. The bhakti for Modi is contagious. But is it original? There are whispers that Rajnath Singh, the Union home minister, is emulating the former Union minister and now vice-president, Venkaiah Naidu, while hailing Modi. Singh, who had played a significant role as the then BJP president to get Modi elected as the prime ministerial face of the party in 2014, took to Naidu’s famous alliterative style recently. “Chowkidar chor nahi, chowkidar pure hai. Next PM sure hai, problem ke liye cure hai,” said Singh while addressing an event in Moradabad. Will Singh’s rhyme chime with the voters this year?

Priyanka Gandhi’s entry into the organizational set-up of the AICC means a lot for the Congress in Karnataka. This state had provided ‘safe seats’ for her mother and her grandmother. Priyanka, who hit the turf running, has her official responsibilities limited to eastern UP. But party leaders in Karnataka are already rubbing their hands in glee at the possibility of getting her for a few rallies in BJP-dominated areas in the state. A good number of voters would remember how Chikmagalur had helped resurrect Indira Gandhi’s political career after the Emergency. Bellary had elected Sonia Gandhi in 1999. History will be repeating itself, albeit a bit differently, if a third-generation woman leader from the Nehru-Gandhi family can help tilt the scales in favour of the Congress in a few crucial constituencies.

The Congress leader, Ram Lal Rahi, who was a minister in the government headed by PV Narasimha Rao, had joined the BJP some time back. His son, too, is a BJP legislator in UP. Yet, recently, in the Central Hall of Parliament, Rahi objected to being described as a ‘BJPwallah’, insisting that his soul can never change political stripes. “I squirm when I see on television today’s leaders abusing Jawaharlal Nehru. They don’t have the credentials to even name Nehru,” he said. Asked about the effect Priyanka Gandhi is likely to have in UP in the Lok Sabha elections, the veteran Dalit leader said, “Priyanka is the only new hope... If the Congress does badly, it should win 35 seats. If everything goes well, it should touch 50.” Such an assessment coming from a BJP leader must have been quite a shock to the saffron party. But the mystery was cleared within a few days as Rahi was seen standing next to Priyanka to rejoin the Congress.

Still with Karnataka. Is BS Yeddyurappa a man in a hurry? He did his best to dislodge the Congress-JD(S) coalition from its perch by attempting to lure a handful of lawmakers from the ruling alliance. Already aged 75 and inching closer towards the dreaded margdarshak mandal, it seems Yeddyurappa wanted to give the top job one more shot. In the process, he put his party in a difficult spot after his plans to ‘purchase’ lawmakers from the Congress and the JD(S) came undone. Will Yeddy’s deed bust the BJP’s squeaky clean image in an election year?

It remains to be seen whether the Congress president, Rahul Gandhi, will be able to stop the BJP’s electoral juggernaut. But he seems to have won one battle. Rahul has spawned a sartorial trend with his trademark winter dress code of a sleeveless quilted jacket over white kurta-pajamas. Not only are Congressmen shedding the traditional Nehru jacket for the zip-up quilted jackets, but even some BJP leaders have followed suit. Narendra Modi sported one — well, almost — during his recent visit to Jammu and Kashmir: he wore one with full sleeves. A recent convert to the trend is the finance minister, Arun Jaitley, who has given Rahul a dressing-down while defending the Rafale deal.

Jashodaben had made a surprise entry into Indian politics after Narendra Modi mentioned her as his wife while filing his affidavit ahead of the 2014 Lok Sabha polls. Five years later, ahead of yet another general election, her character is all set to be featured in a biopic on Narendra Modi. However, the screen time of the character will only be known once the film is released.

Barkha Bisht Sengupta has been roped in to play Jashodaben, who is a retired school teacher in reel life. The actress is said to be reading up on Jashodaben, and also learning to speak Gujarati for the film. Bisht’s husband has spent quite a bit of time in Ahmedabad. The lessons should proceed smoothly.