In the past few years, India has been witnessing a serious undermining of the country’s basic democratic institutions 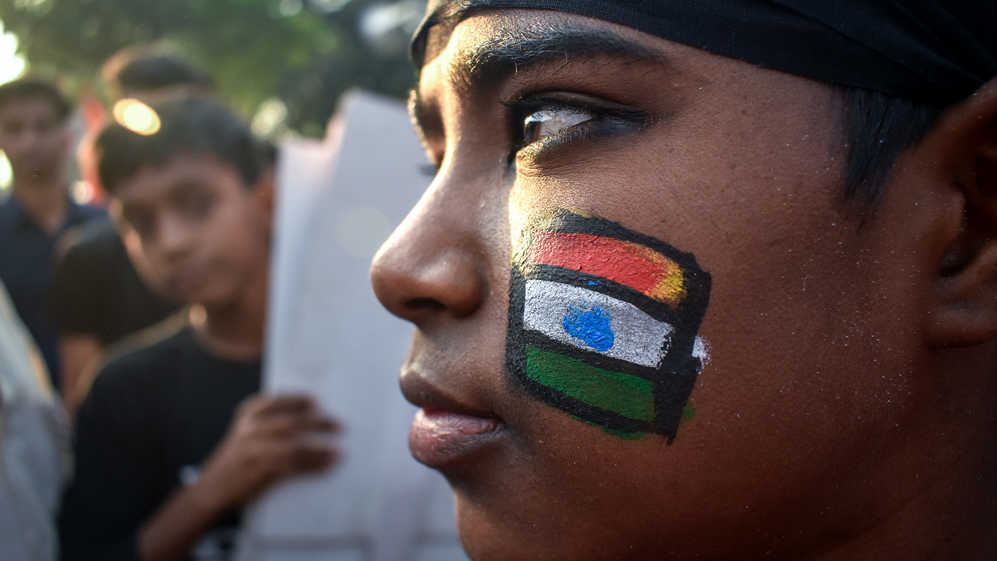 Paul Cartledge, the renowned Cambridge historian, brought out a biography of democracy in 2016 with the nuanced title, Democracy: A Life. The book is a tour de force, lucidly covering a stretch of two-and-half millennia, from pre-Periclean Athens right up to Brexit. Classical Athens gets the major share of the cake since Cartledge identifies it as the unambiguous birthplace of modern Western democracy. This is not surprising. In many discussions since the 19th century, the citizenship tradition of Athenian democracy has been upheld as the revolutionary beginning of modern democracy.

It needs to be made clear at the outset that modern multi-party democracy has two inescapable differences with the ancient system. First, ancient Athenian democracy through its different phases was a direct democracy while across the democratic world today what prevails is the representational system. Second, ancient democracy was based on the concept of individualistic, voluntaristic conception of democratic entitlement through persuasion and deliberation. This flies in the face of modern, political-party-based democracy, as Cartledge himself points out.

Amartya Sen is one of those who challenged such myth-making, arguing that classical Athenian democracy is not unique among ancient civilizations to give importance to in public discussions and reasoning. The intellectual developments of ancient Greece, he points out, cannot be dissociated from ancient Egypt, Iran and India. In the same vein but on a more ambitious scale, the contemporary Greek historian, Kostas Vlassopoulos, argues for an interlinked history of the wider Mediterranean and Near Eastern world. The whole idea of an autonomous polis, he argues, is the product of nation-bound, imperialist thinking in the 19th century as is the dichotomy between oriental despotism and Western freedom.

To continue with Sen, the Indian Constitution, although framed on Western liberal notions, borrowed a great deal from the ancient Buddhist traditions of the country, especially from the teachings of Emperor Ashoka, and the idea of religious tolerance and heterodoxy of the great Mughal emperors, particularly Akbar, with Aurangzeb being an exception. Cartledge discusses Sen’s positions in considerable detail. However, he prefers to use Sen contra Sen, highlighting the latter’s admission that democratic India has neither adequately addressed ‘conspicuous deprivations’, nor has it succeeded in guaranteeing the rights of minorities. With this move, Cartledge possibly wished to legitimize the near-total absence of India from his long history of democracy.

Yet in one of the essays of Sen Cartledge refers to, the economist clearly points out that the oft-repeated argument of the poor being more interested in bread rather than democracy is fallacious on two different counts. First, the protective role of democracy is particularly important for the poor. People in economic need also need a political voice. Second, there is very little evidence that poor people prefer to reject democracy. On the contrary, in the election following the Emergency, the Indian electorate, poor even though they were, overwhelmingly reaffirmed democracy over the call to eradicate poverty.

There is no denying that those looking for institutional purity of democracy as practised in India have reasons to be disappointed. Yet it is precisely universal franchise and the adoption of a thoroughly democratic Constitution that have opened up the space for the mobilization and the contestation of the underprivileged which the regime(s) in power willy-nilly have had to address. Here lies the source of dynamism of contemporary Indian polity.

It would be obdurate not to acknowledge the global significance of the moot question the debate throws up: does the understanding of democracy as presented in Western scholarship and projected as modular across the world — irrespective of the specific historical experiences of nation-states — need a change in focus? Should democracy be defined and judged in terms of its formal purity or should we be attending more to the scope democracy has provided for voicing grievances and demands of the oppressed who do not enjoy the protection citizenship formally professes but have a vote each?

Democracy in India is the primary weapon in the struggle for literacy, healthcare, gender equality and right to employment. The restlessness of the post-Independence Indian polity, especially since the 1970s, is a combination of two simultaneous and related processes. First, thanks to universal franchise, the historically wronged and oppressed are fighting for their right to dignity and basic livelihood. Second, those who have witnessed a degree of upward mobility are engaged in a process of embodiment of capital, translating economic gains into cultural and symbolic capital.

Admittedly, the question of the proper functioning of institutions is no less important. But institutions cannot have a life of their own outside the everyday struggle of the majority of the populace. It is only in the course of struggle that people realize a fundamental truth of political life: for their basic demands to be taken care of, what is needed is the efficacy of institutions. In the past few years, India has been witnessing a serious undermining of the country’s basic democratic institutions. If Indians stand united against this corrosion, it would prove the strength of India’s democracy. Here, the role of leadership is crucial. Democracy entails ceaseless contestations and any yardstick to measure the efficacy of democracy cannot escape taking those into account.