The doctors' clamour for security is more than justified. So is the expectation of peace to return to Bengal. 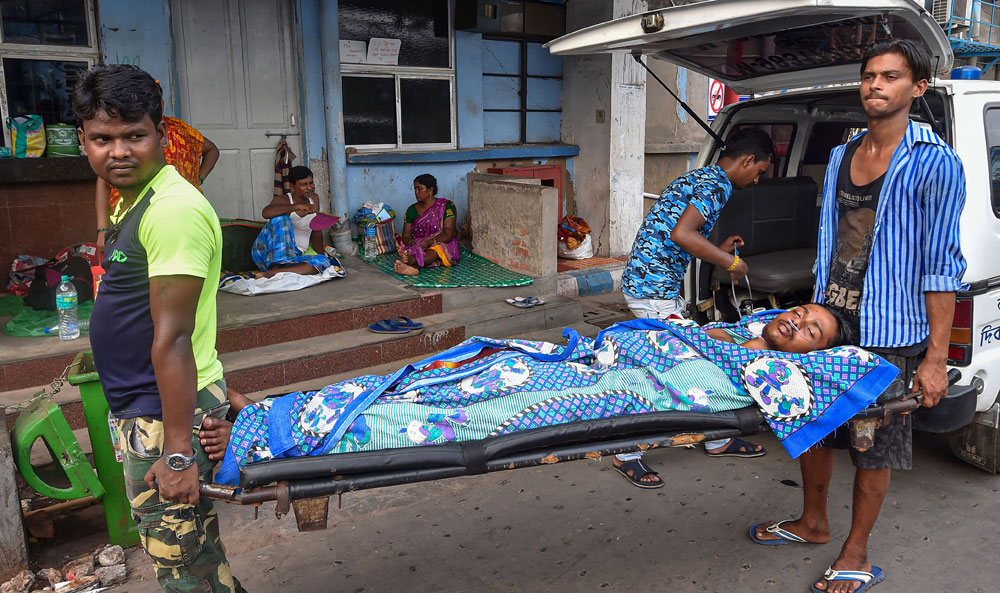 A patient arrives for treatment in NRS Medical College and Hospital even as junior doctors continue their protest. No justification is enough for the continued suffering of the ailing brought on by interrupted medical services
PTI photo
Upala Sen   |     |   Published 16.06.19, 05:24 AM

It all started to unravel last week, when Mohammad Sayeed took a tumble down the stairs of a mosque in Calcutta. The septuagenarian was admitted to a hospital. And then he died. One or more of his aggrieved and angered kin roughed up attending doctors. The doctors demanded an apology. An apology was offered, but by then things had started to spiral out of control. A mob unleashed violence. Affront. Stones. Insult. Hockey sticks. Grief. Anger. Chains. Coconuts. A CT scan on a seriously injured junior doctor, Paribaha Mukhopadhyay, revealed a 'depression fracture'.

The affronted medical community started to come together. Reaction turned to protest. The larger protest was about the lack of security at work for doctors. Turned out, pickets at hospitals had been withdrawn during elections and nobody knew. 'I don’t know if it was under the BJP’s instructions, whose instructions I do not know,' said chief minister Mamata Banerjee. Bickering erupted like the summer rash. She did. She didn't. They did. They didn't. Outsider. Insider. And then, an ultimatum. Raised, red, stinging, the protest now galloped across India --- Mumbai, Patna, Jaipur, Delhi... As doctors struck, OPDs remained shut.