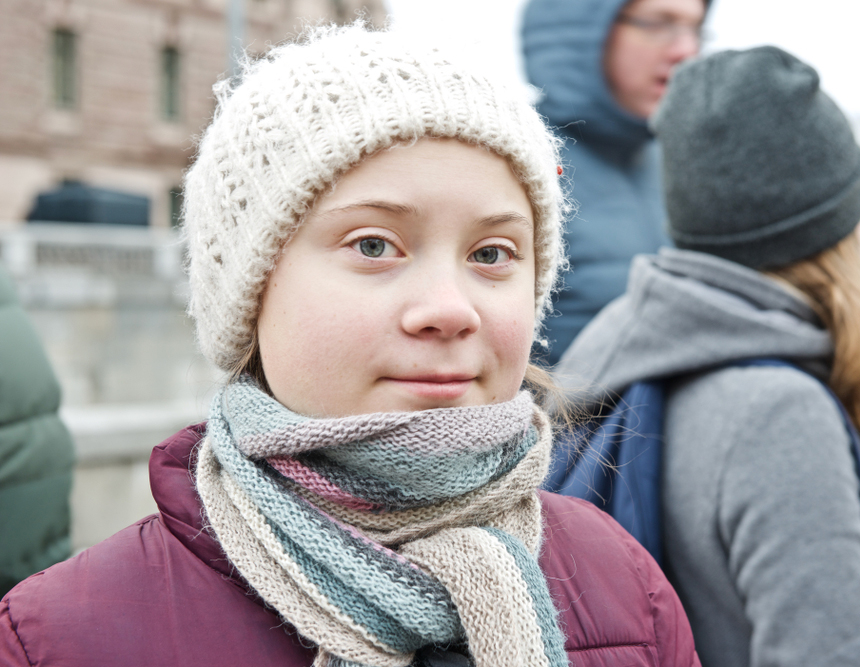 Sir — It has been over a year since the 16-year-old environmental activist, Greta Thunberg, began her protest against the indifference of political leaders towards climate change. She has been celebrated and hailed as a hero by thousands across the world. However, in her recent speech at the United Nations’ Climate Action Summit, Thunberg noted something very serious: it should not be the responsibility of a teenager to miss school in order to lead a revolution while adults merely look on. It is time that every global citizen started taking practical steps to resist environmental degradation.

Sir — We have been observing with great alarm the rapid rise in violence against people with marginal identities in our country over the last few years. The nature of violence is of different kinds, and significantly includes hate speech and misogynistic campaigns, most often propagated in political campaigns in our state.

In the last few days, we have observed a similar campaign being scripted against Jadavpur University. It has been dubbed a den of “anti-nationals” and malicious claims have been spread about a sharp decline in academic standards there. In this context, we would like to particularly highlight and condemn the repeated attacks on the university’s female students, both online and offline.

We noticed that the president of the West Bengal unit of the Bharatiya Janata Party, Dilip Ghosh, commented during a press conference on September 20 that girls from Jadavpur University are engaged in ‘business’ of a dubious kind after they complained of harassment by the security personnel of the Union minister, Babul Supriyo. Such comments made by the party leadership brazenly endorse the slut-shaming of women active in politics, especially if they are in the opposition. These statements involve the use of women’s bodies to settle political scores and, in the process, also shame sex workers who are women.

In May 2016, too, during a scuffle in the university between two groups of students over the screening of Vivek Agnihotri’s film, Buddha in a Traffic Jam, the state BJP leadership had called the female students of Jadavpur University “shameless” and said that they are “always in search of an opportunity to be in the company of male students”. These deeply derogatory public statements against women made by the party’s leaders embolden the cadres to act in objectionable ways. It is horrifying to witness the relentless trolling of female members of the university community and the rape and gang-rape threats that have continually been made online in the last few days. The barrage of verbal abuse, rape threats, hate messages in their inboxes and the morphing of their photographs on social media have rendered the students vulnerable to other kinds of attacks as well.

To top it all, the trolls in question are now casting their net well beyond the politically-active students of the university. They have circulated on social media a deeply hateful meme of the well-known, 73-year-old elocutionist, Urmimala Bose, who is a former student of Jadavpur University. Women have as much right to hold political views and be vocal about them as anyone else. We unequivocally condemn the slut-shaming and threats of sexual assault that women have to face for expressing their political views, whether in university spaces, gram panchayats or online.

We demand that women be given space to air their political views and participate in political activities like equal citizens. Moreover, if any female student, from any educational institution, complains of sexual abuse or threats — received through digital media or otherwise — for making her political views known, or if anyone else is slut-shamed for supporting any political protest, we demand that the administration takes such complaints seriously and ensures a speedy redressal.

No way to live

Sir — The findings of a delegation of women about the curfew in Kashmir reflect the pathetic condition in which the people continue to live (“Lights off, even for toilet trip”, Sept 25). The situation closely resembles that of Nazi-occupied Germany.

No matter what the Centre claims, we should all understand what life can be like when people are denied the basic facilities of modern life — communication, education, medical and banking access, free movement — and live in constant fear of persecution under the guise of ‘interrogation’. Does the Centre know how deeply it is alienating the people of Kashmir?