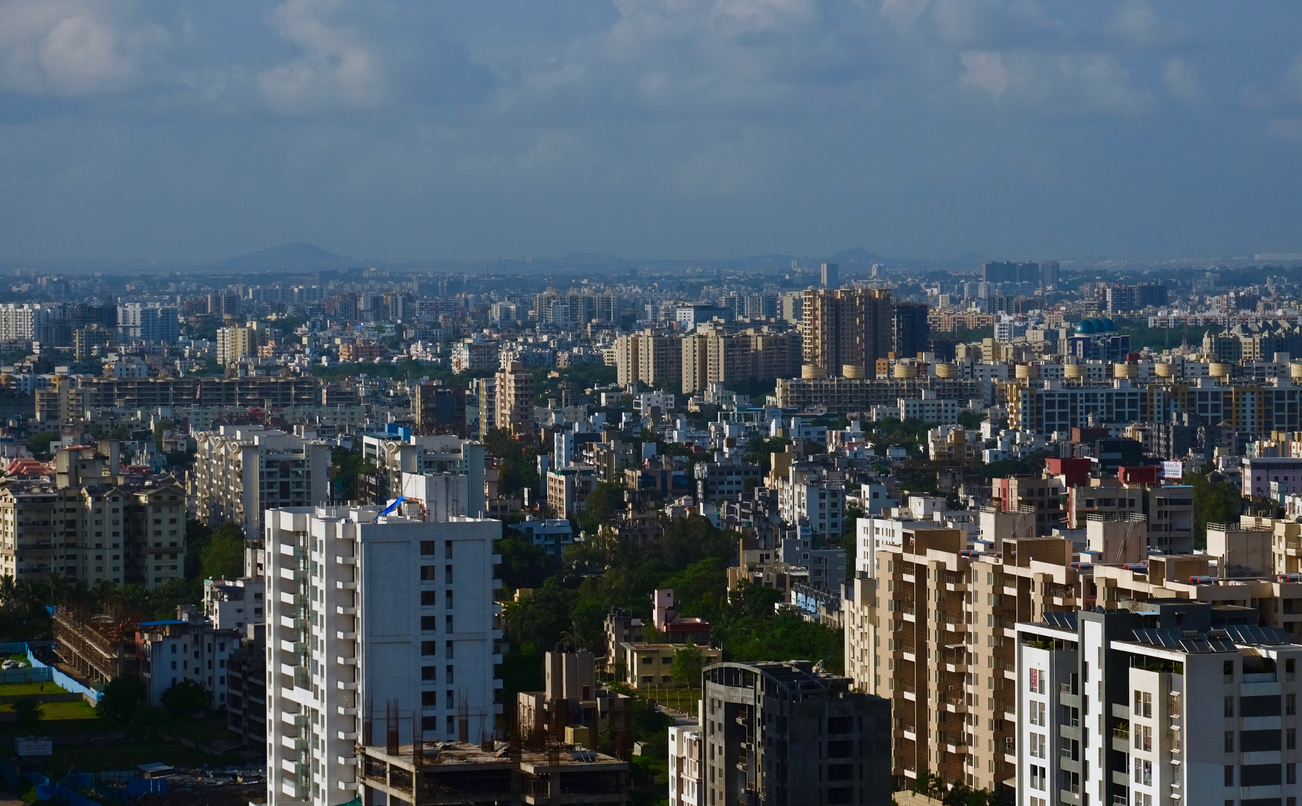 A view of Pune, Maharashtra. We need to realize that our urban systems must now become self-sustainable ecosystems.
(iStock)
Manit Rastogi   |   Published 24.09.19, 07:02 PM

The latest Intergovernmental report by the Science-Policy Platform on Biodiversity and Ecosystem Services (IPBES) makes for bleak reading. It reveals that the health of our ecosystems on which we and all other species depend is deteriorating more rapidly than ever. We are eroding the very foundations of our economies, livelihoods, food security, health and quality of life worldwide. At this point, scientists believe that ecosystems untouched by human intervention no longer exist. Human civilisation and technology have permanently altered our planet and some of the most tangible impacts include imploding population numbers, deforestation, pollution (air, water, soil, industrial), ocean acidification, climate change and invasive alien species.

Today, 55 per cent of the world’s population lives in urban areas, a proportion expected to increase to 68 per cent by 2050. Projections show that urbanization, combined with the overall growth of the world’s population, could add another 2.5 billion people to urban areas by 2050, with close to 90 per cent of this increase taking place in Asia and Africa. It’s further projected that by 2050, India would have added 416 million urban dwellers, China 255 million and Nigeria 189 million, according to the UN Department of Economic and Social Affairs.

As the world continues to urbanize, sustainable development depends increasingly on the successful management of urban growth, especially in low-income and lower middle-income countries where the pace of urbanization is projected to be the fastest. Many countries will face challenges in meeting the needs of their growing urban population, including for housing, transportation, energy systems and other infrastructure, integrated with some basic services. What is crucial is that we need to realize that our urban systems must now become self-sustainable ecosystems.

Today, India’s per capita consumption is one of the lowest in the world and that is where we have a window of opportunity. In order to combat the growing rate of urbanization, we need to adopt a closed-loop building approach where all that’s produced is consumed as opposed to an open-loop system where everything that’s produced is discarded. Furthermore, we need to consider the carrying capacity of our land. Currently, India’s population is 1.33 billion, if we consider 5 people per family on a land area of 400sq m each, comprising of residential and social infrastructure, the total land required to house them would be approximately 98,000sq km. which amounts to approximately 9 per cent of India’s landmass. If we draw energy from clean renewable sources, the amount of land required to house the solar panels would amount to roughly 10,000sq km. or 2.2 per cent of India’s wasteland, i.e. 0.1 per cent of India’s land mass. Based on the country’s annual rainfall, proper storage and utilization of rainwater can result in the availability of 2,000 litres of water per day per person. It’s evident that we have land, water and energy resources in abundance. Despite that, Indian cities have the poorest air quality and are facing an acute shortage of water and energy.

This narrows down to how we build. Traditional Indian architecture has always been green as interventions have always been built within a localized/regionalized context. That’s been a response to paucity of resources of water and energy; almost all our traditional buildings have been a response to the local climate, materials and resources. Today, though, environmentally sensitive architecture is no longer a choice, or a “layer” that can be applied to the design of a building.

Rather, it must be integral to the process of design, from concept to completion, and to the entire lifecycle of the development. The need of the hour is to use passive design strategies to create conducive microclimates that can result in lowering the energy consumption by 50 per cent and freshwater demand by 30 per cent. This approach for the emergent economy and its built manifestation must be rooted in socio-cultural, financial and environmental sustainability in equal measure -- resulting in exemplars of self-sustainable architecture that is net-zero in water, energy and zero-waste to landfill.

Today, rampant development triggered by population explosion has caused the demise of urban spaces and walking options that allow people to experience a city close-up are diminishing. For instance,, the Delhi nullahs (watercourse) have stemmed from the realization that the city has stopped generating memories. Its network spans 350km (217 miles) with 20,000 branches, across 708 hectares (1,750 acres) of land, leading to tributaries that connect to the Yamuna River.

Currently, the nullahs are unhygienic drains, in a dilapidated state. They smell, breed disease and pollute the Yamuna River. However, a relatively small effort can turn them into a valuable asset for the common citizen and address the distortion between infrastructure, transport and land use that’s evolved over time through the city's rapid urban growth.

A key aim of this would be to use these rehabilitated waterways as an alternative transport network and create last-mile linkages along the nullah network. Walking and cycling paths along these nullahs would provide commuters with connectivity to public transport (buses and metro), resulting in significantly improved effectiveness of the existing public transport system whilst enhancing the social and cultural networks of the city. This would also provide an alternative environmental corridor.

Simple strategies like using a system of organic reed beds and aerators to clean the sewage entering the nullahs would help their rejuvenation. Re-establishing a channelled waterway system that is both environmentally friendly and relatively inexpensive offers a solution to many urban connectivity issues. It also has the potential to dramatically improve public health in the city as well as help replenish aquifers and finally alleviate the extreme pollution of the Yamuna River.

Hence, urbanization, environmental sensitivity and a greener world are core issues that need to be addressed today and in the future. As we move towards a turning point in this global crisis, we need to take a step back and re-position this to be the core of our thinking and consciousness. We need to consciously work towards global financial and economic models of development to build a global sustainable economy, steering away from the current limited paradigm of economic growth

App-based cycles in Jharkhand by 2020