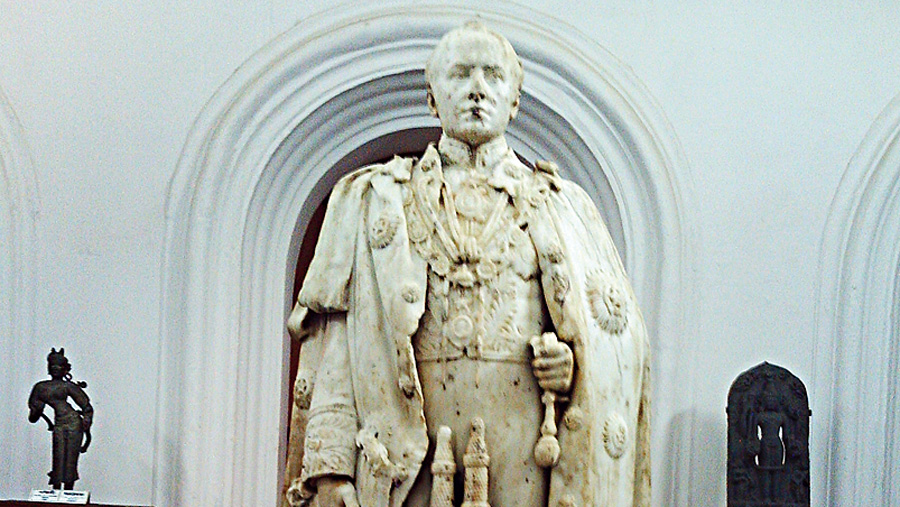 The division of the British Indian province of Bengal was formally promulgated on October 16, 1905 despite the political opposition to it in the country. However, the division was short-lived and the partition was reversed in 1911. Nevertheless the forces unleashed by the division lived on and culminated in another — more permanent — Partition in 1947. Although the continuities between this first and second partitions are obvious and strong, the differences also stand out. The first partition spurred the growth of a nationalist consciousness and in its wake Muslim separatism. The second partition was the consequence of a larger division of India and, to a great extent, showcased the weaknesses of the spirit of nationalism that emerged post 1905.

The man who did the most to push through the first partition — the viceroy, George Curzon — had already left India by the time the Bengal division was promulgated. He had resigned some weeks earlier when his views on the position and role of the commander-in-chief of the Indian army were overruled in London. The dispute was a relatively obscure issue, driven in large part by the egos and massive conceits of both Curzon and the commander in chief. Yet the controversy also reveals just how securitized a mindset the British Empire in India was based on.

In India, inevitably, perceptions of Curzon’s viceroyalty were deeply influenced by the 1905 division of Bengal. This overshadowed his numerous other attributes — apart from vanity — his energy, wide knowledge of the region and his drive to reform the Indian administration. For most Indians, his greatest achievement was thus a negative one and, moreover, in the words of the historian, S. Gopal, entirely unintended — “[T]he transformation of a mild, nationalist sentiment into a resentful, revolutionary movement”. In brief, the desire to weaken a fledgling, largely intellectual, critique of the Empire in Bengal by dividing the province ended up having the opposite result. Phobias sometimes work to the dictum of the self-fulfilling prophecy.

Curzon’s British biographers have sometimes tended to disagree and pointed to a major but unrelated geopolitical event of the time as constituting the real spur to Indian nationalism. This was the defeat of Russia by Japan in late 1905. Japan’s victory was the humbling of a European power by an Asian power. Moreover, Russia was a rival and contending imperial power to that of the British. Indian nationalism apart, the Russian defeat had major significance for imperial strategists in Calcutta, Simla or London, Curzon included, about the Russian threat to India, or at least it reaching the Persian Gulf and eroding British supremacy over its waters and littorals. These imperial rivalries were obviously real but the debates of the time are also revealing about how geopolitical phobias are constructed and then perpetuate themselves. The Russian defeat in 1905 reduced the perceived intensity of the threat but in subsequent generations the red fear, the Cold War missile gap, the domino theory in Southeast Asia — all derived from the same genre of thinking. The US intervention in Vietnam or the Soviet invasion of Afghanistan thus had longer continuities with older mindsets than their respective protagonists generally admitted.

In the second half of the 19th century, Russian moves were seen by the colonial State in India as the advance of a glacier — slow but inexorable. Evidence used to buttress this analysis in Persia — Russian bank loans and railways — still resonate today as we encounter similar Chinese tactics in the region. Between the 1880s and the early 1900s, military expenditure as a percentage of India’s budget went up from about 40 to over 50 per cent. The securitization narrative of the Empire was always much stronger than its ‘modernizing’ narrative, although the latter was sold more successfully.

For the security of British India, keeping Afghanistan and Persia free of Russian influence was both a strategy and an objective. Some of the places on which geopolitical interest focused a great deal were the Makran coast, Baluchistan and Sistan; these are of equal interest today. How to strengthen Persia and Afghanistan as buffers against Russian encroachment was thus key to British preoccupations both in India and in London. Strengthening them meant also demarcating their boundaries so that stability was assured all round. Two agreements reached at the time are illustrative. The first of these was the Goldsmid Line (1871), demarcating the boundary between Persia and the princely state of Kalat in what is now Baluchistan in Pakistan. This divided the Makran coast in two, in effect confirming the port of Chabahar as a Persian possession and the port of Gwadar as Omani in that part of the Makran which went to Kalat. The famous Durand Line agreement (1893) thereafter demarcated Afghanistan and British India but in doing so effectively split Pashtun tribes into two separate domains. These were attempts to stabilize Persia’s and Afghanistan’s external boundaries but were crafted with both eyes very much on the perceived Russian threat.

Curzon was also responsible for an earlier division and creation of a new province — the carving out of the North West Frontier Province from Punjab in 1901. Administrative efficiency, as in the case of Bengal Partition, was only one part of the explanation. The political, or in this case the geopolitical, was equally important since the frontier was the region where a great deal of the foreign policy of India confronted and interfaced with real and imagined threats. This creation has endured much longer although the NWFP was renamed as Khyber Pakhtunkhwa in 2010. The province also included the tribal tracts that lay between its fully administered districts and the Durand Line, and these were divided into a number of agencies and administered as a kind of no man’s land. This loose administrative control was continued by Pakistan post 1947, and it is only now, in the past two to three years, that a serious attempt at the ‘mainstreaming’ of the tribal areas has begun, although the outcome remains uncertain.

What explains the long persistence of this tribal zone in Pakistan? In India, decolonization did mean a certain desecuritization in terms of popular and political thinking and, in fact, a legitimate criticism of the early two decades post 1947 is that the desecuritization perhaps went too far. In Pakistan, on the other hand, and especially in hindsight, it is striking to see how much of the raj’s 19th-century geopolitical phobias along with its heavily-securitized narratives were inherited and continued almost in totality. Post 1979, with the Soviet invasion of Afghanistan and the revolution in Iran, a new kind of geopolitical phobia or myopia seized Pakistan and, in turn, amplified further insecurities with regard to India. This mindset consolidated itself from 1989 with the withdrawal of the USSR from Afghanistan and its subsequent disintegration. In this mindscape, the tribal agencies became a kind of marches area for Pakistan to acquire strategic importance and depth. The impending US withdrawal from Afghanistan and the possible return of the Taliban have reinvigorated that old mindset, but it remains to be seen whether resistance to it in Pakistan is going to be stronger than in the past.

The author is a former high commissioner to Pakistan