Advertisement
Home / Opinion / All the world in a centrifuge

All the world in a centrifuge

It feels as if nothing is enough to keep humanity together. All is spinning and separating, us-ing and them-ing 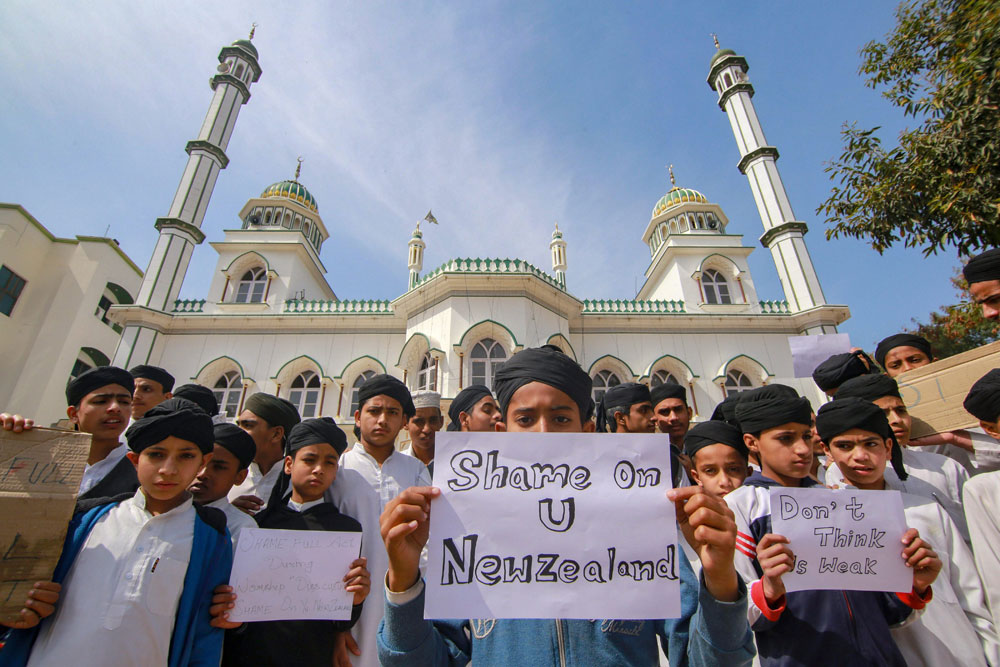 It feels as if all the world has been stuffed inside a giant centrifuge and nothing is enough to keep humanity together. Every other moment all is spinning and separating, separating and spinning, us-ing and them-ing. On Friday, 49 people were killed in a terror attack on two mosques in New Zealand’s Christchurch; 39 are injured and undergoing treatment. The attacker live-streamed his hate-bath on social media. And that is how we know that the first words of his first victim standing at the mosque door was — “Hello Brother”.

There was terror and attack and carnage and a certain deviant extremist ideology in place but still many couldn’t bring themselves to say “terrorist attack”. They had most need of calling it out, but “terrorist” stuck in their throats. The attacker was a Brenton Tarrant; the victims had Muslim names. Some thought it an opportune moment to shoot back with black humour. One tweet read: “We must condemn, this act on terror. Sorry bad English, we must condemn this act of terror.” Separating and spinning, spinning and separating. POTUS Trump extended his sympathy and best wishes to the people of New Zealand after “the horrible massacre”. Others called it mass shooting. Another time at a presser, Trump pooh-poohed the thought that white supremacy was something to worry about.

Spinning and separating. Separating and spinning. Headlines pointed that the attacker was Australian. Us-ing, them-ing; them-ing, us-ing. The Bangladesh cricket team just about escaped unhurt. The Indian captain, Virat Kohli, said, “Shocking and tragic. My heart goes out to the ones affected by this cowardly act…” No baying for blood, no saying go-to-wherever, stumped! Among the identified dead thus far are Sayyad Milne, 14, Mucad Ibrahim, 3. Among those missing are some Indian Muslim names. PM Narendra Modi, who understands the feeling that follows a tragedy like this — after Pulwama he said he understood why people's blood was on the boil — did not tweet, and wrote a letter instead to the New Zealand Prime Minister, Jacinda Ardern.

Did Ardern’s speech slow down the spin? Who knows. But her words were refreshingly centripetal. She said: “Many of those affected will be members of our migrant communities – New Zealand is their home – they are us.” If only this chant could go up worldwide. They are us. They are us. They are us. Which means — we are them. We, them, us, them, them, us. Speaking on TV after the attack, Politics lecturer at Australia’s Monash University, Waleed Aly, said: “There’s nothing about what happened in Christchurch today that shocked me. I wasn’t shocked when six people were shot to death at a mosque in Quebec City two years ago. I wasn’t shocked when a man drove a van into Finsbury Park mosque in London about six months later and I wasn’t shocked when 11 Jews were shot dead in a Pittsburgh synagogue late last year or when nine Christians were killed at a church in Charleston. If we’re honest, we’ll know this has been coming.”