The fear of the coronavirus, which has thinned crowds at airports, has prompted airlines to entice travellers with ‘flash sales’ 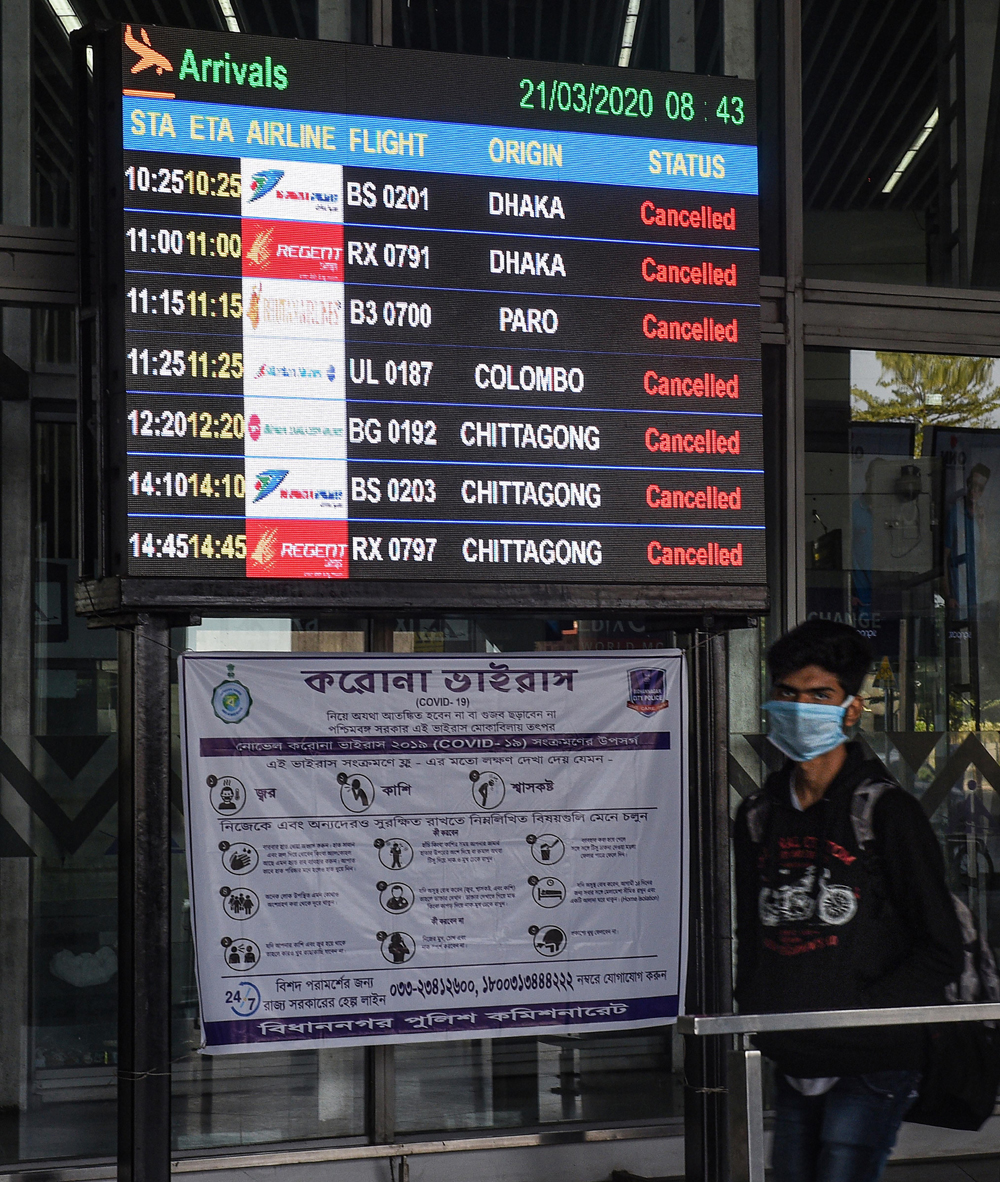 Sir — Air travel has turned truly democratic, with nearly every leading airline offering attractive discounts on passenger fares. What separates exotic destinations and the aam aadmi these days are a few hundred rupees. But the common man’s wisdom should never be underestimated. The fear of the coronavirus, which has thinned crowds at airports, has prompted airlines to entice travellers with these ‘flash sales’. There is, however, a way to make the check-in queues longer, once again. How about keeping the fare between Delhi and Mumbai, or on any such busy route, less than Rs 2,500 throughout the year?

Sir — The chief minister of West Bengal, Mamata Banerjee, rightly expressed anger over the fact that an 18-year-old boy, who eventually turned out to be Bengal’s first registered Covid-19 patient, had visited multiple crowded places despite showing symptoms of the disease after returning to Calcutta from the United Kingdom, and had in fact delayed reporting to the hospital (“CM cracks whip: No VIP-LIP”, March 19). Such negligence is criminal at a time like this, when everybody’s health is at risk. It is appalling that the patient’s parents, who are privileged and influential, allowed something like this to happen. These are trying times for all citizens; if those with privilege behave so irresponsibly, it will further aggravate an already serious situation.

It is the duty of every citizen to strictly adhere to the advisories issued by the state government, and confine ourselves and cut down on outdoor activities until the threat of the epidemic subsides completely. People returning to India from abroad should go through compulsory check-ups and avoid mingling with other people at all costs. This is the only way to slow down the spread of the virus. There is, as yet, no vaccine or targeted course of treatment for the disease; hence, preventive measures are of utmost importance if we are to avert large-scale devastation.

Sir — People are rightly livid about Bengal’s first two registered Covid-19 patients, both of whom mingled with others instead of quarantining themselves. Now the number of diagnosed cases has increased. India’s healthcare system is not built to handle a full-blown pandemic; if educated people behave so irresponsibly, the rest of the populace is doomed.

Sir — Sankarshan Thakur’s article, “Run, Rahul, run” (March 15), was timely and appropriate. One wonders whether Rahul Gandhi will learn anything from the points that Thakur has made. It is unfortunate to see an old party like the Congress, which was instrumental in bringing freedom to India, decimating its own fortunes because of the whims of a person who should not have been made the president of the party in first place. The way in which Rahul Gandhi deserted the rank and file of the party after the debacle in the 2019 Lok Sabha elections was greatly unbecoming of a leader. If he really wanted to resign as party chief, he should have initiated the process for a new president to take over before doing so. Instead, he left the organization virtually leaderless. For this act of irresponsibility, members of legislative assemblies from the Congress are deserting the party at crucial junctures, such as in Karnataka, Goa, Telangana and, most recently, Madhya Pradesh. Perhaps Rahul Gandhi should take a leaf out of Mamata Banerjee’s book — after her party lost a considerable number of seats in the general elections last year, the West Bengal chief minister has been leading the Trinamul Congress in the fight to regain lost grounds, and has been quite successful.

Unless the Congress’s senior members decide to revive the party on a war footing, people from my generation, who grew up knowing a pluralistic and inclusive culture in the Grand Old Party, will perhaps not live to see it regain its past glory. The nation will have to surrender to authoritarian rule. This seems to be a unique case in the history of Indian politics — citizens are looking for the Congress to step in and improve the political climate in the country, but there is none to lead the party.

Sir — The Australian all-rounder, Marcus Stoinis, was right when he said that many Indian players who are not even a part of the playing XI in the men’s team are more talented than he is. In fact, many of those cricketers are much more talented than those who are playing for the Indian team.

The unfortunate truth is that in Indian cricket, talent often loses out to less important concerns, such as clout and connections. It is widely believed that being connected to influential people can get one a berth in the national squad, perhaps even a permanent spot. The former Indian cricketer, Wasim Jaffer, was justified in saying that India cannot afford to overlook the need to have a fit, in-form M.S. Dhoni back in the side. One hopes that good sense prevails among the selectors, the coach and the captain, so that they pick Dhoni again. He is far more valuable to the side than Rishabh Pant.