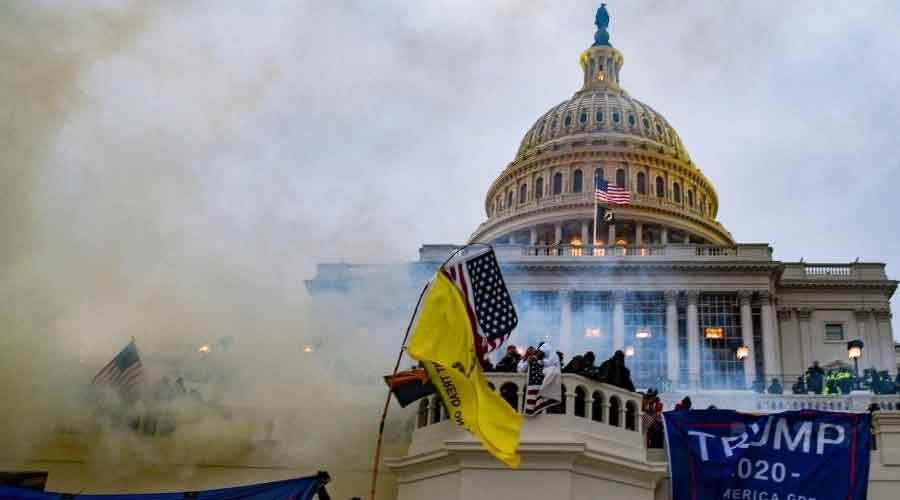 Even as determined Democrats prepare the ground for the impeachment of Donald Trump, the outgoing president of the United States of America, for his alleged role in fanning the grievances of his constituency that, ultimately, led to an unprecedented siege of Capitol Hill by Mr Trump’s supporters, questions are being asked in the global corridors of power and in the academia whether what America escaped that fateful day could, indeed, be called a coup. Those inclined towards a more conservative understanding of an armed insurrection would dismiss this conjecture. After all, political history around the world shows that a coup is usually characterized by an armed, illegal attempt on the part of vested interests to wrest power with the support of segments, if not the whole, of the military. The experiences of coup in nations around the world — Afghanistan, Iran, Egypt, France, England, Germany, Russia, Cuba, Pakistan, Bangladesh, to name only a few — have been more or less consistent with these enduring traits of a forceful ouster of a regime or a leader.

But political phenomena can change with time; their understanding must, therefore, keep up with the transitions in their character. At a time when democracy finds itself on the back foot around the world — the Democracy Index estimated in 2020 that over a third of the global population live under autocratic regimes — it would be instructive to note that the implosion of freer polities and freedoms often takes place in a barely recognized, piecemeal manner. Charismatic leaders are getting elected to power in seemingly unfettered elections and then subverting the democratic edifice and its institutions with popular support. India still prides itself as being a relatively young democracy that has, so far, not come under the shadow of a coup. But this is not to suggest that Indian democracy has had a trouble-free existence. Neither is the Emergency the only instance of the trampling of the letter and the spirit of democracy. There is evidence to suggest that the last few years have brought key institutions — the vanguard of democracy — under unimaginable stress. Two features of this erosion are quite discernible. First, there is an ideological mobilization that is used by the powers that be to chip away at the foundations of constitutionalism. Second, and equally worrying, is an effete political Opposition that is complicit in the undermining of the democratic ethic. India, arguably, is no longer a stranger to these worrying signs.