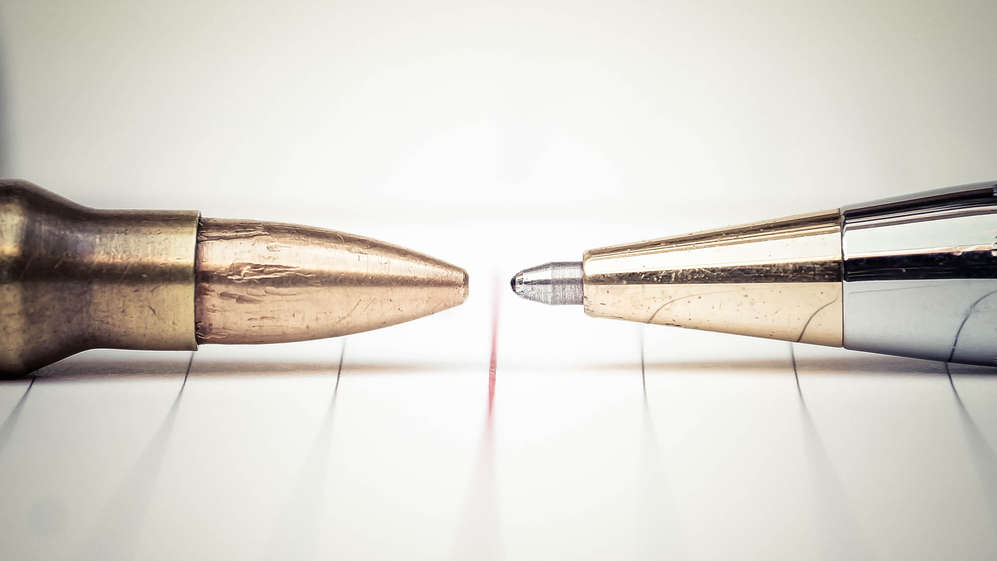 The danger lies in the media donning the role of a ‘kangaroo court’ and sensationalizing issues to meet the market-driven TRP logic.
Shutterstock
Anita Tagore   |   Published 21.09.20, 03:05 AM

The media is a critical public institution that facilitates discursive interactions in a democracy. As the fourth estate, it is central to democratic resilience in India. However, given the contemporary context of acrimonious media overreach, questions concerning media freedom and accountability have assumed enormous significance. The courts have been particularly instructive in defining the contours of freedom of speech and fair trial to avoid the circumvention of justice.

A number of precedents have been set by the courts while delving into questions of law related to the fundamentality of the freedom of press and its inherent capacity to democratize information regimes. In two prominent judgments — Express Newspapers (Private) Ltd. and others vs Union of India and The Secretary, Ministry of Information and Broadcasting vs Cricket Association of Bengal and Anr, the Supreme Court reiterated that the liberty of press is an essential part of the freedom of speech and expression guaranteed by Article 19(1). Like other fundamental freedoms, the threshold test of reasonable restrictions is applicable to the freedom of the press as well.

The idea of ‘reasonable restriction’ is structural to free and fair trial. There have been instances where the media has been accused of advocating spurious and parallel justice systems jeopardizing the due process of law. Can freedom of press be bypassed for the larger interest of a fair trial, a free and fair trial being the sine qua non for constitutional trust to be reposed in our democratic system?

The courts have echoed constitutional dependability in the idea of natural justice. The basic principles of natural justice — Nemo debet esse judex in propria causa (the doctrine of bias) and Audi alteram partem (to hear the other side) — have been upheld. In the 2004 Best Bakery case, the Supreme Court reprised fair trial as the foundational principle in the administration of criminal law. There cannot be any scope for prejudicial bias for or against the accused, the witnesses, or the cause, which is being tried. The premature discernment of guilt or innocence in a media trial would amount to a denial of free and fair trial.

The danger lies in the media donning the role of a ‘kangaroo court’ and sensationalizing issues to meet the market-driven TRP logic. Not only has the media overstepped its line and infringed upon an individual’s right to privacy but it has also coerced public opinion to influence adjudication. In the Naveen Jindal vs M/S Zee Media Corporation Ltd and Anr the court stated that both print and electronic media should maintain the distinction between a media trial and an informative media.

In the Sunanda Pushkar death case, Justice Mukta Gupta of the Delhi High Court reprimanded the egregious conduct of the media for challenging the sanctity of an ongoing investigation and ordered the exercise of restraint in making charges without evidence and provoking defamatory statements. The issue of the absence of a regulatory mechanism to control the electronic media also came up during the Bombay High Court’s hearing of a petition filed by former IPS officers concerning separate investigations by three Central agencies into the death of Sushant Singh Rajput. A balance of interest must be struck between the freedom of speech and the postulates of fair trial for a just society.

The stridency of the media has to be re-imagined in terms of its freedom to speak out critically, its ability to engage in meaningful public debate, and its capacity to accost the excesses of the government. Such a framework will embolden vigorous civic engagement and restrain the manipulation of the press.