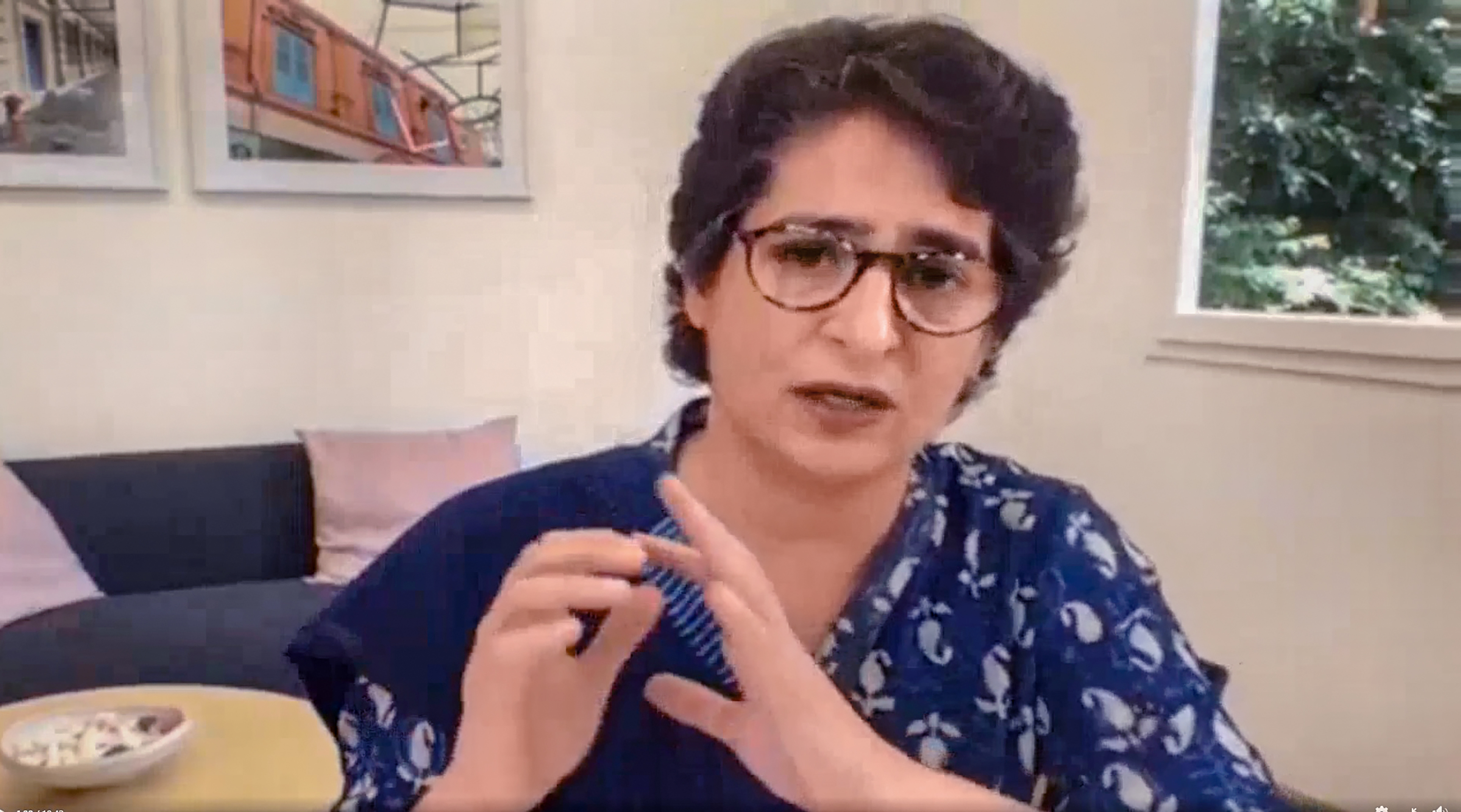 Congress General Secretary Priyanka Gandhi Vadra speaks on the crisis involving migrant labourers amid the coronavirus lockdown in the country, in New Delhi, Wednesday, May 20, 2020.
PTI
The Editorial Board   |   Published 23.05.20, 10:31 PM

The row over Priyanka Gandhi Vadra arranging for buses for migrants in Uttar Pradesh has exposed, yet again, how difficult it is for good intentions to get past bureaucratic and political red tape in India. Clearly, UP did not use the buses to deny the Congress credit for helping migrants. But the state didn’t formally communicate the reason; it said that papers of some buses were not in order. Ironically, the Union minister for transport, Nitin Gadkari, had issued an order that papers of vehicles and licences of drivers cannot be updated owing to the lockdown and should be considered okay till June 30.

That is not all. The Bharatiya Janata Party triggered another row, alleging that Rajasthan had extracted payment for some additional buses that the UP government sought for ferrying students from Kota. The BJP spokesperson, Sambit Patra, tweeted, “Some UP buses required diesel while bringing students from Kota. Forget mercy, Priyanka Vadra’s government forced offices to be opened in midnight to take Rs 19 lakh from UP government and allowed the buses to move only after that. What a way to help!” Patra posted a copy of the cheque along with the tweet to buttress his claim. This showed the Ashok Gehlot government in bad light. But the facts were entirely different. The UP government sent 150 buses to Kota in April and requested Rajasthan to provide diesel, which was done. UP then wrote a letter to Rajasthan promising to pay for the diesel soon. The payment was made on May 5 — the image of the cheque posted by Patra clearly showed the date as May 5.

This didn’t prevent Patra from narrating a made-up story about the midnight drama. He even continued with his false claims on friendly TV channels as late as May 22, in spite of the Rajasthan deputy chief minister, Sachin Pilot, having revealed all the communication between UP and Rajasthan at a press conference to nail the lie.

All in the mind

The BJP’s obsession to dominate the media discourse remains unabated even amidst a humanitarian crisis. The lockdown has prevented the party from holding regular press briefings and so the party’s media strategists are trying to devise out-of-the-box ways to grab people’s attention. Recently, the BJP organized two Facebook live conversations with ministers over steps taken to combat Covid-19. In these interactions, party spokespersons are made to act like TV anchors conducting interviews with the ministers. In one of them the party’s motor-mouth spokesperson, Sambit Patra, interacted with the railway minister, Piyush Goyal. Goyal sat in his office with all sincerity and gave details of the trains being run to transport migrant workers to their home states and lavished praise on the UP chief minister, “Maharaj Yogi Adityanath ji” for requisitioning the highest number of trains. Unfortunately, the “out of the box” move didn’t get notable coverage in the media. “So what, our Facebook live received thousands of views. Our aim is to dominate people’s mindspace and we are succeeding,” one media strategist of the party said.

After Delhi restarted sale of alcohol in the capital in the third phase of the lockdown, the state government introduced a 70 per cent Corona cess on the beverages. The cess was to both repel the unruly crowds that had flocked to the few shops that had reopened and fill the coffers of the territorial exchequer that suffered a 90 per cent fall in revenue last month. This has made liquor much more expensive in Delhi than in neighbouring Haryana and Uttar Pradesh, with officials privately admitting that a black market is profiting from this. A cabinet meeting of the Delhi government set off rumours that the cess was being lifted, and tipplers thronged to stores in the hope that the move would happen sometime during the day. But the government offered them no good news to raise their glasses to.

The Karnataka CM, BS Yediyurappa, has been tightening his grip over the government in the last few months. Since taking over power by toppling the Congress-Janata Dal (Secular) coalition, Yediyurappa was thought to be a stopgap chief minister. But the Covid-19 pandemic has allowed the Lingayat strongman much leeway. So much so that he has started openly chiding hardliner ministers. Party insiders say that the CM has been more assertive even with those close to the RSS.

When BJP trolls described the Kerala health minister, KK Shailaja, as a tailoring teacher trying to denigrate the former educator who taught science, they could not have guessed what was coming. At a TV discussion with BJP rabble-rouser, B Gopalakrishnan, Shailaja asked point-blank if a tailoring teacher was not a teacher. A glum-faced Gopalakrishnan had his lips sewn shut.