Preserving monuments is a collective responsibility, must come intuitively to people

The Ring of Brodgar, a 5,000-year-old structure that is part of a Unesco World Heritage site, had been vandalized 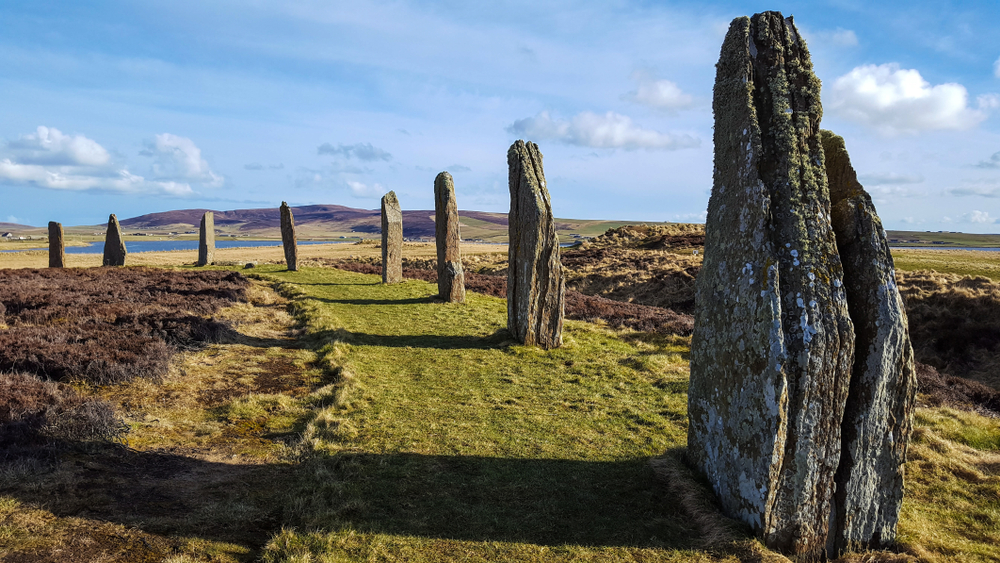 Sir — The Ring of Brodgar, a Neolithic henge and stone circle in Orkney, Scotland had been vandalized. The 5,000-year-old structure is part of a Unesco World Heritage site. Other prehistoric sites like the Stonehenge and Tadrart Acacus in Libya have also been scribbled and drawn upon over the years. Such mindless acts may provide gratification to the love-struck or the ‘artistic’, but defacing historical sites is deplorable. While security measures need to be immediately strengthened, preserving monuments is a collective responsibility and must come intuitively to people. Public awareness programmes should also be undertaken to ensure this.

Sir — The efforts by the air force, navy, army and the National Disaster Response Force to rescue 1,050 passengers stuck aboard the Mumbai-Kolhapur Mahalaxmi Express deserve to be applauded. The train was stranded near Badlapur in Thane owing to the flooding of tracks following heavy rains. There were sick, elderly and pregnant passengers as well as infants on-board.

It was a timely and difficult operation carried out by multiple agencies working together on a tough and undulating terrain. The train was fully surrounded by water from the Ulhas river. These rescue efforts proved that a lot of good can be done if people work together.

Sir — The rescue of the Mahalaxmi Express passengers was a commendable feat. It was successful because of the coordinated efforts of the military and the NDRF, as well as the cooperation of local people and the passengers. The government should justly reward the rescue teams for this mission.

The railways must cancel train journeys in flood-affected regions. It should also employ public address systems in all trains to communicate effectively with passengers during crises. The staff should be equipped to handle emergencies to expedite rescue efforts. Implementation of an efficient warning system will help tackle situations arising out of bad weather.

Sir — The rescuers of the passengers marooned on the Mahalaxmi Express and the villagers who helped them must be commended. Their timely action saved lives.

Sir — Influenza can be controlled to a great extent by reducing indoor pollution (“Curb indoor pollution to prevent flu: Doctors”, July 29). Apart from indoor smoking, several other factors — an unclean environment, lack of ventilation or sunlight, overcrowding — contribute to the growth of the virus and the spread of the contagious disease. The flu can be easily confused with the common cold and fever as they have similar symptoms.

Regular washing of hands can help curb the transmission of the virus. It is not possible to wholly prevent influenza, but greater awareness and safety measures such as avoiding going to school or work till a full recovery is made might also help. Antibiotics are not effective against viral infections, but are still frequently prescribed. There is very little awareness regarding vaccination as well.

Sir — Mahatma Gandhi Road — the site of a bus accident in which a passenger lost his forearm — is just wide enough to allow two large buses to pass at the same time. This problem is common in many parts of the city. A minimum space of 10 metres is required, but some stretches are as narrow as seven metres.

The transport department should allow only small buses along these routes. The Calcutta Municipal Corporation should shift electricity poles and have the road widened. Passengers should not stand on footboards or stick their hands out of windows. Bus conductors and drivers must be careful on narrow stretches. If they fail to control the passengers’ behaviour, they should be prosecuted.