The former minister wants to amend Khasi marriage law, and says women marrying out of the tribe makes its members vulnerable to HIV/AIDS. 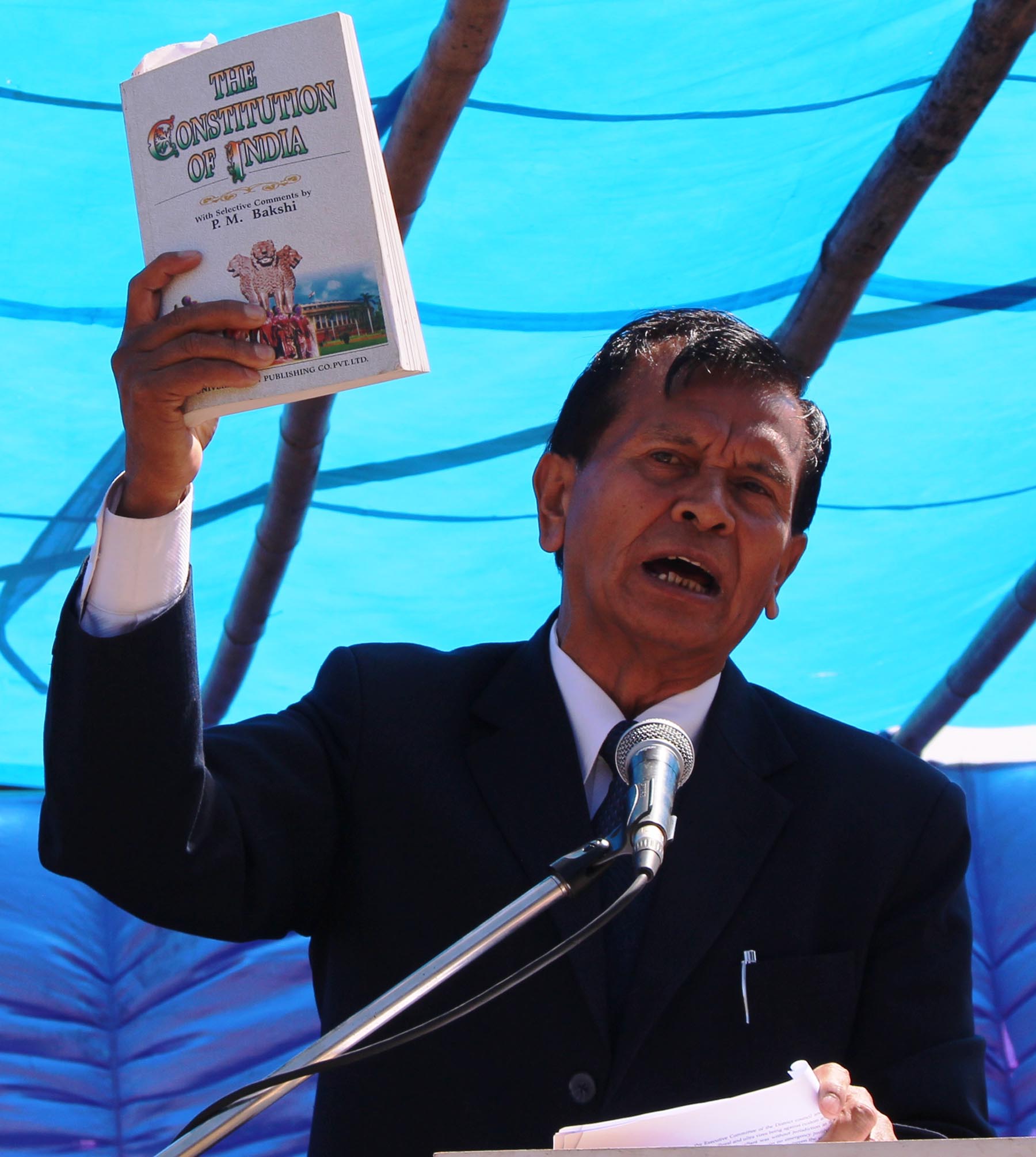 In a sermon on the mount, Hispreaching Son Shylla was exhorting the audience to vote for his party, the All Party Hill Leaders Conference, in the 1993 Meghalaya Assembly elections. "Breathe, breathe," he appeared to say in a fervent yogic chant. "Breathe... out!"

I later learnt, with the consternation of a cub reporter covering my first poll campaign in the hills that cold February afternoon, Shylla was inciting the electorate to "breed, breed... breed them out." The xenophobic passion being propagated was that if non-tribals outnumbered the indigenous population, the only way to counter the trend was to go forth and multiply.

Cut to 2007: Shylla, then chairman of the Khasi Hills Autonomous District Council, executed a bizarre plan to double the Khasi population in a decade by doling out Rs 15,000 as incentive to each woman who had a dozen or more children. The macrocosm of bursting-at-the-seams India was totally lost on him.

Today, this former minister and former deputy-speaker of the Meghalaya Assembly is no longer a legislator. But he continues to wield power as the chief executive member of the Khasi Hills Autonomous District Council. Last year, he party-hopped with impunity, switching from the United Democratic Party to the People's Democratic Front in August and the National People's Party in October. "I will forever wear a badge of No Permanent Party," he had famously remarked.

With the council polls slated for next year, Shylla is now spearheading a dramatic change in the Khasi marriage law by amending the Khasi Social Custom of Lineage Act, 1997. In Meghalaya's matrilineal society, children of a Khasi woman married to a non-tribal continue to enjoy scheduled tribe status. The amendment bill negates this and specifies that children of Khasi women married to non-Khasis will be deprived of their Khasi privileges. What has raised the hackles of human rights activists is that the same clause will not apply to Khasi males who marry non-tribals. Expectedly, the men in these hills I spoke to are cock-a-hoop!

Shylla has also linked his crusade to a ridiculous concept that Khasi women marrying outside the tribe had led to the spread of HIV/AIDS. He contended that the amendment bill would "prevent the indigenous people from becoming vulnerable to... HIV/AIDS", although he did not specify the number of Khasi women who had married HIV carriers from outside the tribe/state, or those infected with the virus.

The reactions have been swift and stinging.

Emarine Kharbhih, a young professional, said the proposal of the council to amend the marital law "discredits" the values of society "by threatening the very identity of Khasi women, thereby leading to gross violation of human rights". She is seeking the support of the global community by asking it to sign an online petition on Change.org. Nearly 1,000 people have signed the petition, where Emarine says, "Barely 150 years have passed since the suffragette movement and the world... has constantly been striving to bring forth equality... into the lives of women... I, however, belong to one of the most uniquely progressive societies of the world where I [not the husband] carry forward the bloodline and lineage of my family... a practice that goes back to the very origin of the Khasi society..."

People Living with HIV has demanded that Shylla "retract his statement on the community and issue an open apology". Its Meghalaya representative, Barry Leslie Kharmalki, said: "Our very prominent leader has made some very discriminatory remarks... which actually [are] quite stigmatising."

In challenging prejudice and bigotry, the Supreme Court recently upheld Articles 19 and 21 of the Constitution, saying the right to choose a life partner is a fundamental right. The times they are a-changin', Sir Hispreaching. Shouldn't contentious preaching be relegated to only a name?