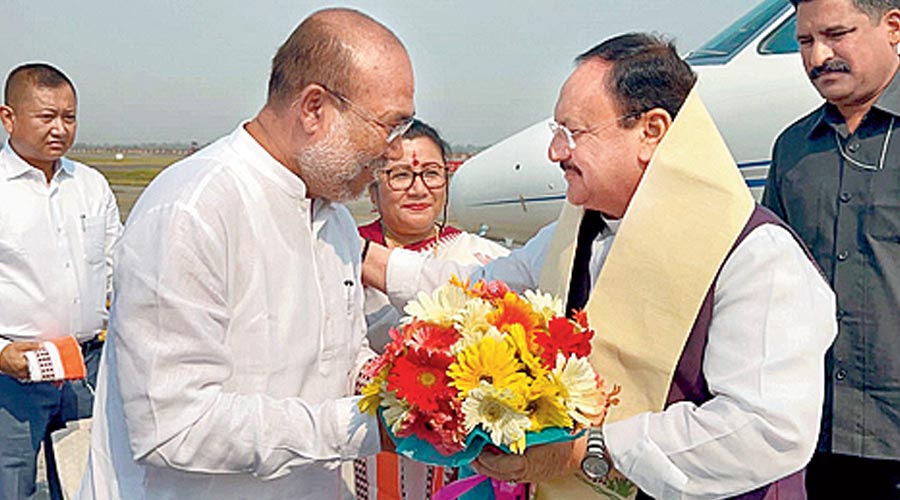 Although the election results of five states have, once again, demonstrated that the Bharatiya Janata Party continues to hold sway in most of India and that the Congress is in an existential crisis, it has to be acknowledged that the reasons for the outcome in each state are different. Therefore, painting them with the same broad brush would be a fallacy.

Manipur’s case, for instance, is unique to itself and can hardly be characterized as a Hindutva sweep, although the BJP won 32 seats in a House of 60 despite its policy paralysis in the months ahead of the election. Particularly painful for it was an exodus of party ticket hopefuls when they lost the ticket race. In the subservient hope of pleasing its national leaders in their declared mission of erasing the Congress from India, the state BJP kept on absorbing Congress defectors, estranging its own cadre. This blew up at the time of ticket distribution.

The BJP’s other problem was the Armed Forces (Special Powers) Act. It resurfaced as an election issue in the wake of the botched ambush by army commandos in Nagaland’s Mon district in December. On realizing that the Centre was taking a tough stand on not repealing AFSPA, the state BJP’s election manifesto made no mention of the Act till a week before the election for fear of annoying the electorate.

Fortunately for the party, not just in Manipur but also in the Northeast, people are often fiercely opposed to certain policies of the government but these issues are forgotten when it comes to voting. In Assam, almost the entire population had risen in opposition to the Citizenship (Amendment) Act. Yet, when the assembly election was held in its wake, contrary to expectations, the CAA did not define the tone or tenure of the mandate. The BJP, which pushed the Act through in Parliament, was voted back to power overwhelmingly.

Ditto in Manipur. AFSPA is a grievance universally shared by the population. But as the final result demonstrated, it did not have any tangible impact on Manipur’s electoral behaviour.

Manipur is far from being apolitical. It has strong grassroots politics. Should anybody, including the government, do anything that is seen to go against the core interests of the state and its people, there will be mayhem on the street. This holds true for the hills and the valley. The most illustrative example is the 16-year-long hunger strike against AFSPA by Irom Chanu Sharmila. Sadly, the energy evident in this politics has never been harnessed to make way for a transition in formal electoral politics. Should this happen, a strong regional political force would emerge. But without it, electoral politics in Manipur has remained a carnival where voters come out to make some quick money, betraying, in the process, a cynicism that sees electoral politics as a formality and not as an enterprise capable of transforming society.

The Congress’s defeat also offers valuable social insights. In the party’s 15 years in power, it adopted a radical counterinsurgency strategy of eliminating militant suspects: the result was 1,528 recorded cases of alleged fake encounter killings. This left deep wounds in the public consciousness. The BJP capitalized on it in its aggressive election campaign.

The irony is that the State is expected to fight any military challenge. But the peculiar thing about insurgencies is that they are rooted in the societies they spawn from. Frantz Fanon, in The Wretched of the Earth, calls them the “mailed fists” of aggrieved society. No matter how disliked insurgents become, when government campaigns go too far, the retaliation comes from the people because they have lost a son, a daughter, a neighbour to it. A meaningful resolution to insurgency cannot be seen through a law-and-order lens alone; it has to be acknowledged as a socio-political challenge.