THE THIN EDGE | A family of lies 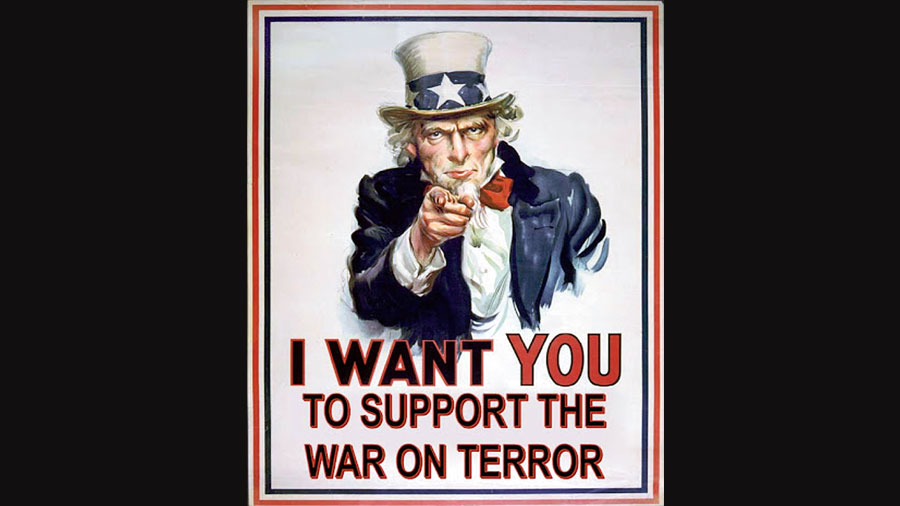 There is a difference between lying and making bad decisions, but the two are often intimately connected, especially in public life. As children, almost all of us have been told that lying is bad, that we must always tell the truth. But there often is a gap between what we are told and what we are taught: as we grow from infancy to childhood, we start to see that people around us — of all ages — lie all the time; when a child brings this up, she or he is immediately told that lying is still a bad thing but, occasionally, there are exceptions, acceptable transgressions, which are to be decided by people older, wiser and smarter than you. Soon you realize that the full form of the ‘don’t ever lie’ rule actually goes ‘don’t ever lie to me but I may need to lie to you and others from time to time, and that’s alright’. Sooner or later we all learn to lie, in the same way we blink to keep the dust from getting into our eyes or swat away insects from biting us. The grown-ups around us understand this and, sometimes, even reward our lying. Every upbringing is partly shaped by what level and what kinds of lying are tolerated by parents and immediate circles, and where the two overlapping red lines are drawn: this kind of lying is not acceptable between us; this kind of lying is not acceptable in any situation whatsoever, period.

If an individual has been fortunate during the formative years, they would have witnessed people who’ve had the courage to recognize and admit the mistakes they have made, people who, without hiding behind dissimulation, simply say: “This was my decision. It was the wrong one. I take responsibility for the damage it has caused. I will now do whatever I can to contain and repair the damage.” More often, what a child sees while growing up is the opposite: adults shying away from the consequences of their choices and actions. Soon we begin to notice the connection between lying and bad decisions; falsehoods following in the wake of some sort of mistake; rather than owning up to a blunder or wrongdoing, the person responsible makes up a fictional backstory that justifies or minimizes the act; parents, teachers and others with power and authority fabricate stories, mixing half-truths and full whoppers to give themselves moral or situational alibis. At other times, concocting and telling an untruth is itself the bad decision. Often, a first lie gathers ancillary lies around itself, one or two of which can grow bigger than the initial falsehood, each gathering its own entourage of new lies, spawning and multiplying all the way to disaster. As children, we first see these patterns in our own families, our schools and friend circles; as we grow older, we begin to recognize the signs in larger contexts, the dirty dancing between default and deceit sometimes affecting the lives of millions of people.

For example, watching the tragedy play out in Afghanistan, it is useful to, once again, trace the family tree of the mendacities that have brought us here. The parent lies were put in place in the late 1970s when the Soviet invasion of Afghanistan was seen by the United States of America as ‘an opportunity’ to drag the Russians into a ‘Vietnam-type quagmire’. This meant turning a blind eye to the brutal regime of General Zia-ul-Haq in Pakistan and arming and supporting Islamic fundamentalists, all in the name of ‘freedom and democracy’. When the American objective of a costly defeat for the Soviets was achieved, a new lie about ‘not interfering with the internal affairs of another country’ was put in place to enable the Americans to cut and run. As we know, this backfired badly with the Pakistan-backed Taliban first taking over Afghanistan and then providing a safe base to the terrorists of al Qaida and other Islamist groups; simultaneously, a decade of Zia’s rule also saw deep and enormous space being created in Pakistan for Islamist fundamentalism. When these factors and others led to 9/11, the US and allies invaded Afghanistan with two claims: first, they wanted to rid the country of the Taliban and all terrorist groups; second, they were there for ‘nation building’. The first claim was truthful, the second claim was a lie — the Americans and allies didn’t really give a flying fig about the people of Afghanistan (or Pakistan, or India).

A bad decision, which was also a whopping lie, soon fed into this toxic genealogy: instead of working to fully rid Afghanistan of the Taliban (which required more far more than military might and mountain-busting bombs), the shady firm of Bush, Rumsfeld & Cheney decided to turn on Iraq with a completely fake claim that Saddam Hussein had weapons of mass destruction. This spreading miasma of lies and subterfuge then turned the Middle East into the massive hell it is today and led to the humiliating withdrawal of the Americans from Kabul. Naturally, even this withdrawal sprouted its own set of new obfuscations and dissimulations, chief among them being the claim by President Joe Biden that he was locked into the pull-out by Donald Trump’s deal with the Taliban (by which logic Biden should also have been locked into staying out of the Paris Accord by Trump’s withdrawal).

For us in India, there are many things to be learnt from this, and not only to do with the international arena. The first thing to note is the lessons our own political leaders have learnt from watching how George Bush and his associates operated, from what Barack Obama couldn’t or didn’t do, and from the spectacularly shameless circus of falsification and disinformation that Trump then set in motion. Let us make our own family trees of various politicians’ lies and the poisonous fruits with which those branches are now bombarding us. On its 20th anniversary, let us look at how 9/11 and the American reaction were helpful in setting up the Gujarat killings of 2002. Let us see how the United Progressive Alliance government’s misuse of the security agencies in its campaign against real and supposed Maoists became a prototype which the current regime expanded and ‘improved upon’. Let us look at how truthful the claims were — around demonetization, around the Pulwama attack and the ‘surgical retaliatory strikes’, around the abrogation of Article 370 in Kashmir, with the Citizenship (Amendment) Act and the National Register of Citizens, with the farm laws, with the response to the Covid pandemic.

When we are children, we can’t do anything about the adults who lie to us. As a society of thinking people, we have a choice whether to order from the menu of falsehoods being offered to us.