Is Modi's claim to Netaji’s legacy a political move or a sincere attempt at acknowledging ‘forgotten’ heroes? 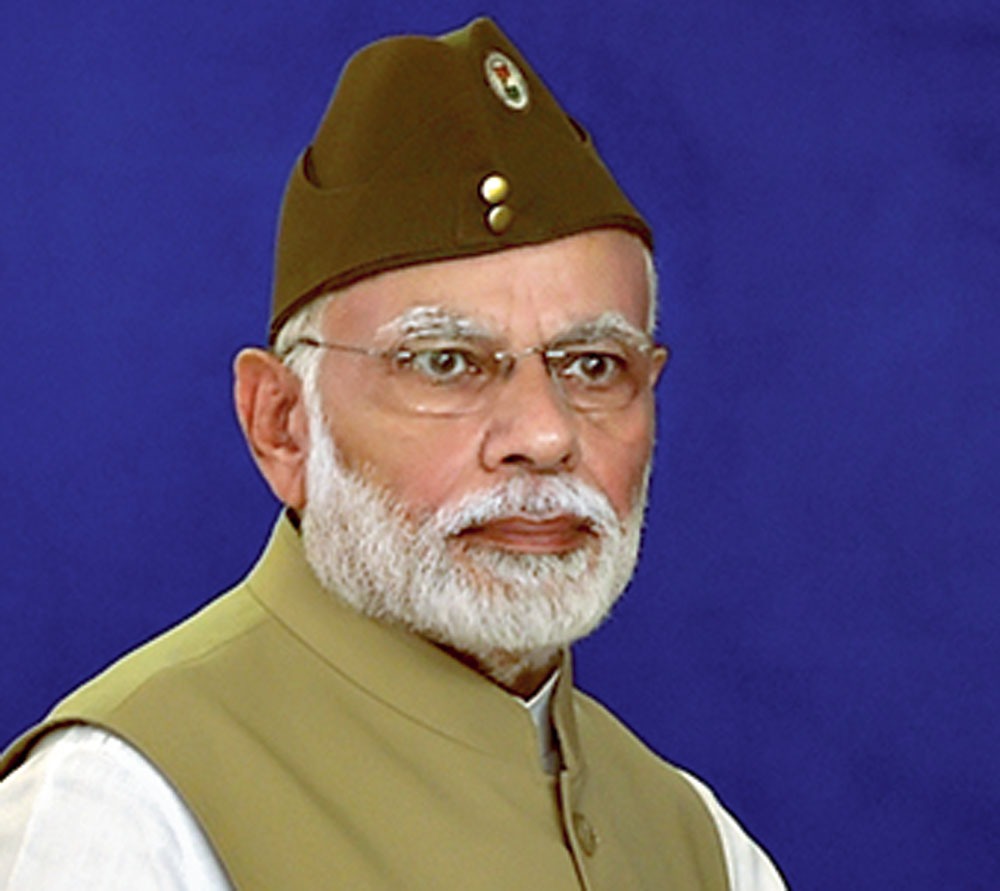 Prime Minister Narendra Modi at the flag-hoisting ceremony to mark the 75th anniversary of the 'Azad Hind government' led by Subhas Chandra Bose, at the Red Fort in New Delhi on October 21
Shahbaz Khan / PTI
The Telegraph   |   Published 29.10.18, 03:06 AM

Sir — The prime minister, Narendra Modi, unfurled the tricolour at the Red Fort on October 21 on the 75th anniversary of the proclamation of the Azad Hind government by Subhas Chandra Bose (“Nehru door ast, Netaji nearest”, Oct 22). Modi also addressed the gathering on the occasion. It is rare for a prime minister to hoist the national flag at the Red Fort on any other date other than August 15.

The efforts being made by the current regime to honour the legacy of Bose are laudable. However, some members of the Congress are complaining that Modi is more interested in showing the Grand Old Party in poor light than paying homage to Bose. But even if this is true, can they deny the fact that Congress governments since Independence have done scant little to honour the contribution of Bose to the freedom movement?

After Bose won the presidentship of the Congress at the Tripuri session in 1939, other stalwarts of the party, including M.K. Gandhi and Jawaharlal Nehru, did not cooperate with him. This ultimately forced Bose to resign from his post and leave the Congress. It is a historical truth, which cannot be denied.

Sir — Taking potshots at the Nehru-Gandhi family has become a habit of Narendra Modi. But it is a blatant lie to say that “several good sons of the soil like Netaji... were neglected in favour of one family”. In 1957, the Congress government helped in setting up the Netaji Research Bureau in Calcutta. The Indian National Army Martyrs’ Memorial Complex in Moirang, Manipur, was also built during a Congress regime. Besides these two, there are several other monuments dedicated in the memory of the INA and Subhas Chandra Bose across the country. Further, in 1967, Bose’s sword and other memorabilia were ceremonially received and displayed in the Red Fort’s Diwan-e-Aam. The event was attended by the then prime minister, Indira Gandhi.

Also, if Modi is such a great fan of Bose, why did he then scrap the Planning Commission? The seed of the now-defunct body lay in the National Planning Committee of the Congress mooted by Bose in 1938.

Sir — Narendra Modi seemed to project Subhas Chandra Bose as Jawaharlal Nehru’s rival during the October 21 programme. He did this to win the admiration of a section of the electorate ahead of the 2019 Lok Sabha elections. Modi is now trying to appropriate the legacy of Bose. In a similar vein, he had claimed the legacy of B.R. Ambedkar before the last assembly polls in Uttar Pradesh. He described Ambedkar as “Vishwa Manav”. Although the Bharatiya Janata Party’s Hindutva ideology is quite different from Ambedkar’s philosophy. Earlier, members of the Hindu Right had also projected Swami Vivekananda as a Hindu nationalist, although the latter was never against other religions.

Coming back to Bose, even though Modi may like us to believe otherwise, the fact is that Bose had immense respect for both M.K. Gandhi and Nehru. Lastly, Bose was also against communal politics of any shade.

Sir — The innumerable admirers of Subhas Chandra Bose across the country must have rejoiced when the prime minister hoisted the national flag at the Red Fort to commemorate the 75th anniversary of the formation of the Azad Hind government. Such recognition was long overdue. The Centre has also decided to introduce a bravery award in Bose’s name to be given to police personnel who render exemplary service during a disaster. Irrespective of whether these decisions are politically motivated or not, they need to be welcomed by one and all. The contributions of Bose should have been highlighted in a better way since Independence to arouse a sense of dedication to the nation. However, myopic politics prevented that from happening. If the present rulers are sincere enough to give due acknowledgement to the ‘forgotten’ heroes like Bose, it would be appreciated.

Sir — It pains me to see that Narendra Modi in order to glorify Subhas Chandra Bose indirectly targeted the country’s first prime minister, Jawaharlal Nehru. By doing this, Modi has unwittingly exposed his own game plan. It seems that he wants to project himself as the only visionary prime minister that India has had. Modi never desists from politicking.

Sir — The most popular festival of West Bengal, Durga Puja, might be over, but there will be no dearth of occasions to celebrate in the days to come. Kali Puja and Jagaddhatri Puja will be observed next month. Although these festivals are celebrated throughout the state, places like Barasat and Chandernagore are particularly famous for their Kali Puja and Jagaddhatri Puja, respectively. The Mamata Banerjee-led government is trying to promote tourism by highlighting Durga Puja celebrations in Calcutta. It should also publicize other festivals in different parts of the state to attract more tourists.