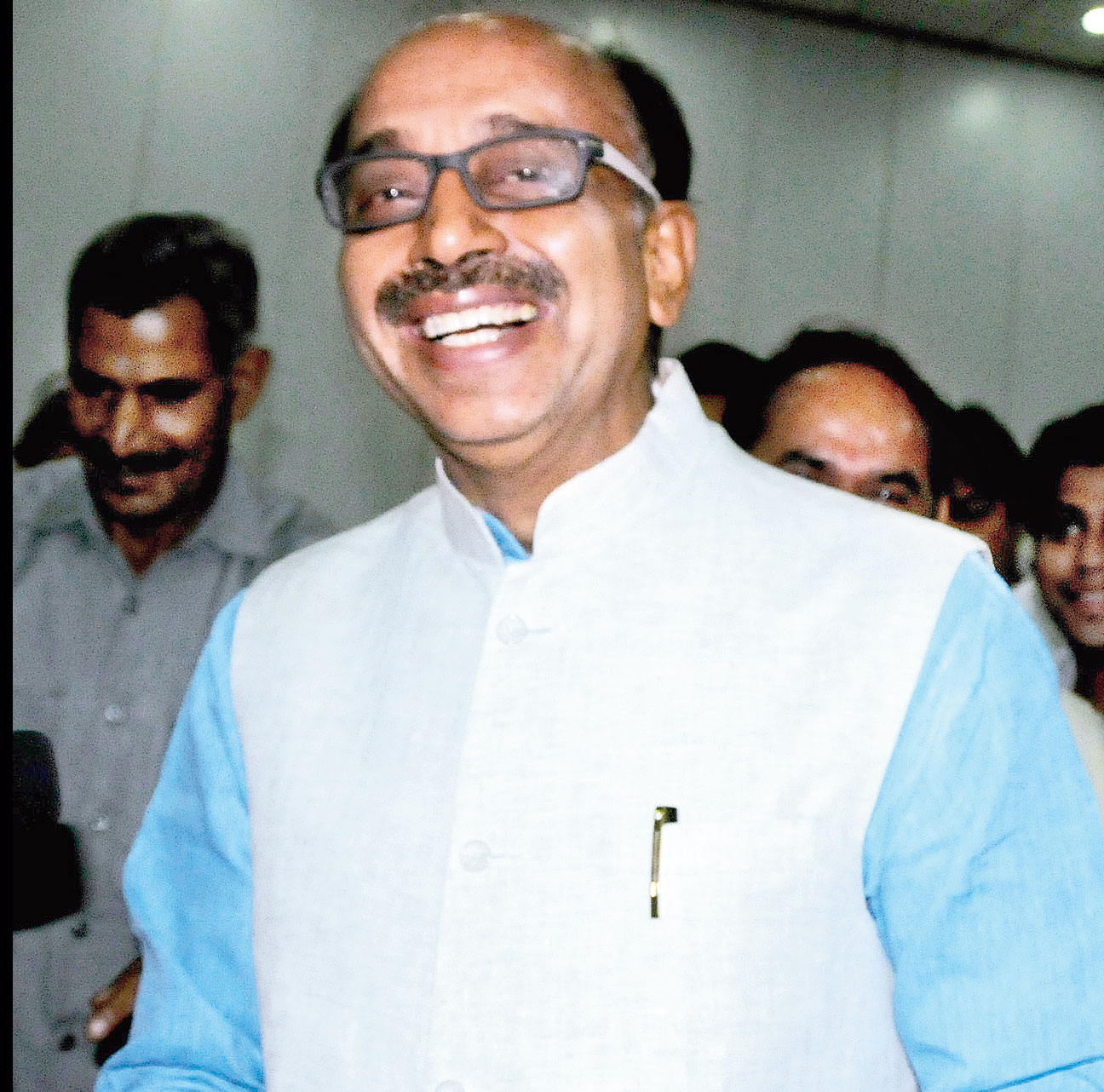 At a time when Narendra Modi and his government are vigorously pushing to turn the dream of Digital India into reality, Vijay Goel, the minister of state for parliamentary affairs, appears to be singing a different tune. At a national convention of legislatures that was held in Parliament, Goel surprised one and all by saying that the vibrancy of institutions was being threatened by the dawn of the digital era. He even expressed his opposition to the practice of using such gadgets as mobile phones and tabs in Parliament and Vidhan Sabhas. Goel said that personal interactions and exchanges lent a degree of creativity and liveliness to proceedings. That was not all. Goel lamented the fact that Parliament sessions were getting curtailed. Goel’s reservations are not without merit. The Opposition has often complained that the Union government prefers such curtailments. Now is that because most of its claims, including the one on Digital India, have begun to sound a bit hollow?

Moths are known to flock to light. Electoral politics seems to be the proverbial light for moth-like babus in poll-bound Chhattisgarh. Over 25 bureaucrats, including Raipur’s collector, OP Choudhary, have quit their posts and decided to take a dip in the muddy waters of rajneeti. The ‘career switch’ could have something to do with Ajit Jogi who had set an example in this context. Jogi used to work as a collector when the Congress was led by Rajiv Gandhi. But he quit the IAS to take a plunge in politics. Incidentally, Jogi, a former chief minister, is now leading a breakaway faction of the Congress and has, in this election, entered into an alliance with Mayavati’s Bahujan Samaj Party. The Janta Congress Chhattisgarh led by Jogi has been the most eager to accommodate bureaucrats and has given a number of tickets to babus. Now that should not come as a surprise. Jogi, after all, is a babu-turned-neta.

Still with babus. The Centre has introduced an austerity drive for a while now. The government’s performance in the economy may have something to do with it. And it isn’t the aam aadmi who has been hit hard only. Babus are muttering too. Foreign travel is being frowned upon, especially to summits and seminars where India has a participatory role, as a result of the government’s decision to tighten its purse strings. Apparently, a senior bureaucrat told a minister that these events tend to go on for long hours, making it difficult to man the chair designated for India at the meet. But the boss was in no mood to oblige. The minister replied curtly that removing the chair would be a better — and cheaper — option than sanctioning a delegation for such tours.

Telangana is in the poll fray. But a goof-up by the Congress in that state would suggest that the party has its eyes peeled on Rajasthan, Madhya Pradesh and Chhattisgarh where Assembly elections would be held as well. In Telangana, the central leadership of the Congress announced the name of the former Speaker, KR Suresh Reddy, for three poll-related panels — Election Coordination Committee, Pradesh Election Committee and the Manifesto Committee. The only problem in this case was that Reddy had already defected to the Telangana Rashtra Samithi a few weeks before the declaration. Ashok Gehlot, the AICC gen-sec, was forced to revise the order, but still there was no peace because other howlers followed. Gehlot was told that the name of Vijay Shanti, an influential actress, was missing from the panels. Consequently, another round of recall and amendments followed. Did someone say that the key to winning elections is organisation?

What the red rag is to a bull is what the Congress president is to the BJP. Leaders, perched high or low in the BJP’s power structure, are eager to pounce on Rahul Gandhi the moment he utters a word against the PM or the Rashtriya Swayamsevak Sangh. The whisper is that there are orders from the top to be unsparing of Rahul. Earlier, senior party functionaries used to be dismissive of the Congressman. But these days, Amit Shah himself is leading the charge. Shah, who used to tweet mostly in Hindi, has started tweeting in English to take Rahul on. Insiders in the BJP justify this transformation and argue that the Congress president needs to be paid back in his own coin. Shah’s English tweets, meanwhile, have led to some speculation. It is being said that Arun Jaitley, who used to communicate in English mostly, now has some competition in this department.

The comrades are known to abhor technology. Does that explain the probable absence of a spellchecker in Gopalan Bhavan? There were, not one but two, spelling errors in a segment on the Rafale in a recent politburo statement. There can be another explanation though. The futility of putting out statements on behalf of a party that has limited relevance in politics may be getting to the proofers.