Advertisement
Home / Opinion / Partition of India: memories for the future

Partition of India: memories for the future

What would the museumization of objects open to all viewers from all lands — objects once tightly located in history’s mess — mean culturally and politically? 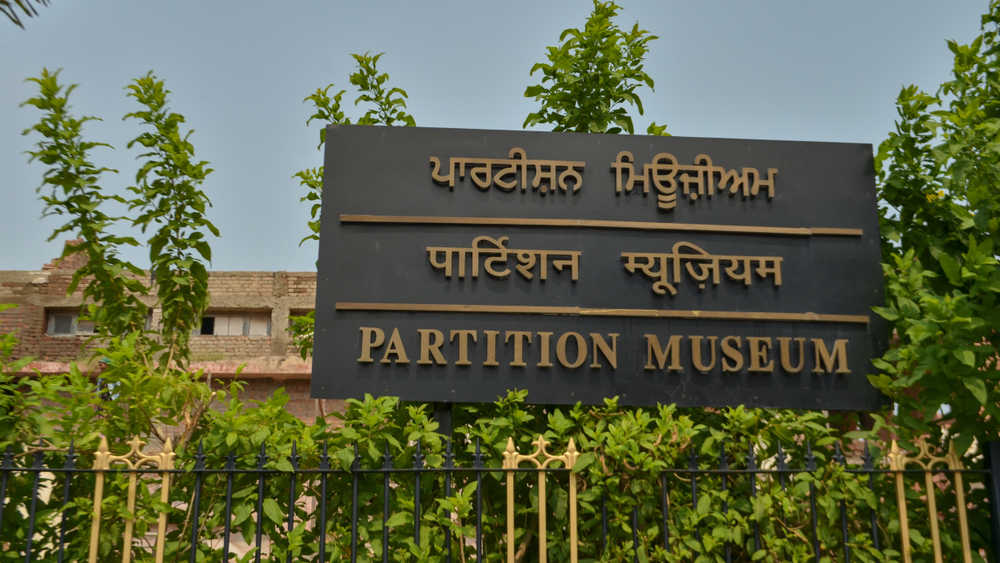 Nations have their own ways of dealing with memories of trauma. For the newly independent India, a project of silence seemed necessary for the project of the nation-state. Indeed, there may be some sense in arguing that the devastations of the Partition didn’t rattle the national imagination beyond the first few years. From childhood memory of the early Sixties, it seems to me that Independence Day celebration referred more to the new nation than the severed nation. Of course it would be wrong to say that the Partition died out from popular memory. Communal flare-ups are, above all, sore reminders of an unresolved past — till, of course, they became organized, calculated pogroms.

In recent decades, the more the national narrative of stability, growth and statist secularism proved untenable, the more has been the interest in the Partition, taking it as the dividing line of our national life, a line that holds the secret of much of our present misery. The new kind of scholarship that emerged in the late 1990s started asking new kinds of questions: how did people undergo the experience of Partition — as a group, as a family, as an individual? How did Partition become part of ourselves? What does it mean to live with poisonous memories that cannot be shared even with intimate relations? What is it to witness? This scholarship paralleled, tied up and, at times, drew intellectual sustenance from the emergence of a self-conscious discourse of memory in history writing, made possible by the Holocaust discourse and the emergence of cultural studies as a discipline.

Partition archives are, at long last, coming into existence in India. The Amritsar Partition Museum heralded the beginning three years back. Richly funded, it is an imaginatively conceived museum and enjoys close ties with the Punjabi diaspora, especially in Britain. Sadly, Bengal’s presence is just about marginal there, a kind of ‘also-happened’ add-on. Interestingly, a two-part BBC documentary on the partition of India televised on August 14 and 15, 2017 — precisely the time the Amritsar museum was opened to the public — hardly mentioned that India was partitioned in the eastern flank as well. It was an all-Punjab affair. Rituparna Roy, a city scholar, has been working hard for the past three years towards establishing a similar museum in Calcutta. But lacking funds, her initiatives have remained restricted to organizing talks, symposia and international conferences, film festivals and art exhibition in different venues of the city.

No archive is innocent, neither is it completely open-ended. How one reads the upcoming archives of the Partition is a challenge that the organizers must undertake. For instance, there could be a whole different way of conceptualizing the Bengal Partition, one that would suggest that while the British design to partition the province on communal lines remained an important provocation, as was the slow rise of an orthodox Islamic streak particularly in eastern part of Bengal from the nineteenth century, the main share of blame goes squarely to the upper-caste Hindus and the virtual apartheid they practised with the Bengali Muslim peasants and workers. That even after seven decades of the Partition, when it is mostly the Dalits and other lower castes among Hindus who are left in Bangladesh, oppression and quotidian harassment continue is yet another twist to history’s kaleidoscope, offering an intimate insight into the ways the triangle of caste, religion and power works in realpolitik.

A collective, popular recollection can unobtrusively become a national recollection. The numerous memoirs, written or oral, in recent times of refugees from erstwhile East Pakistan seem to have already acquired standard generic protocols: the lush green villages where Hindus and Muslims lived harmoniously, the sudden eruption of the Partition owing to the connivance of the British rulers and some misguided and opportunistic leaders, the enormous hardship and bravery in the initial decades of re-settlement aiding, paradoxically, the formation of a new solidarity among the refugees and, finally, the gradual upward journey on the economic and social curve.

In the last seventy years, the Partition has clearly acquired three generations of progenies. For the first generation — those who crossed the border soon after the Partition leaving a chunk of their lives behind — objects that survived were matters of everyday continuity and also occasions for active mourning for those that got lost. The primary source of anguish was the loss of landscape and desh. For the second generation like me, those objects were mnemonic items, ones that were still in use, but had a second life through reminiscences. In the process, they acquired a halo of earlier shades, a pentimento, a sad intimacy scripted into their very materiality. The objects, no matter how humble, invented a time for us, which was neither of Bengal that existed before the Partition nor of our present but at the interface of the two. The third generation’s Partition is a construct from representational sources like television serials, novels, textbooks, political party speeches and only, very marginally, from family sources. The dialects — the most vibrant link to the past — are rarely heard today even among refugee colony youth. If the second generation is post-memory, may we call the third generation, post-forgetting, remembering after it has been ordinarily forgotten?

What would the museumization of objects open to all viewers from all lands — objects that were once tightly located in history’s mess — mean culturally and politically? This is a point to ponder.