Many-splendoured thing: A classic in polychrome 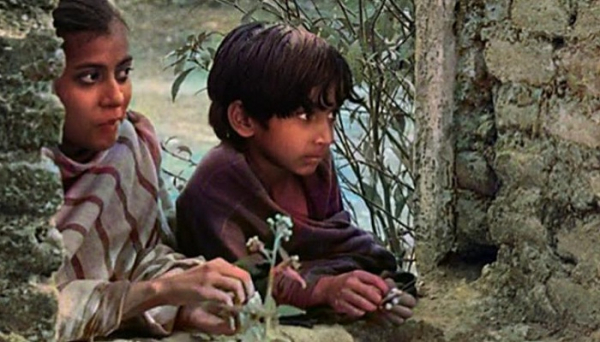 The colours of life are barely evident now. The world seems not even black and white, but grey — sombre, uncertain, scary. But in spite of the greyness of outlook evoked by an unfamiliar virus resulting in different degrees of confinement, the colours of creativity and experimentation refuse to vanish. An assistant research professor in the University of Maryland used artificial intelligence to colour some sequences from Satyajit Ray’s Pather Panchali just as an experiment. So did a video editor in Bangladesh, taking a few short moments from the Ray trilogy, from other Indian film-makers and from Vittorio De Sica’s Bicycle Thieves. Predictably, the debate this generated, particularly the coloured scenes of Pather Panchali, could not be calmed by the declarations of respect for Ray’s film by the colourists, and their explanation that they just wanted to ‘see’ what the coloured sequences would look like. The curiosity they felt was not a simple one, though, because they were also experimenting with AI technology. As the Indian-origin professor pointed out, even if AI does not know what the original colour might have been, it compares numerous colour and black-and-white shots, and can, like the human brain, ‘dream’ up the colour.

There is here a convergence of scientific curiosity and the accomplished art of a film. Science, surely, should not be held back — it is not held back when Ray’s films and many others are restored digitally. There is no bar anymore to having convincing colour versions of films that can be viewed in their original black-and-white as well. That could be fun. Not for purists, though: would it be culturally enriching? This question could evoke numberless well-argued, nuanced answers, and not mere strident accusations of a lack of ‘respect’. Other questions can be accommodated too. AI might ‘dream’ up possible colours appropriate for a film, but whose colours are those? Ray thought in colour as well as in black and white — the end of Goopy Gyne Bagha Byne offers a contrast between the two modes of seeing that is both dramatic and witty. Would the new colour be Ray’s or, as his son has suggested, the cinematographer’s — or AI’s? Should the viewer plump for the ‘authenticity’ of the maker’s vision or completely submit to the ‘death of the author’ idea? Should one kind of aesthetics, one kind of beauty and drama be obliterated for another?

More generally, can the medium in all its fused elements be separated from the impact of the artistic object when it is of the highest quality? Besides, Pather Panchali invokes another dimension — it is an iconic film, signposting a historic moment in Indian film-making and cultural reception, representing a meeting point for collective memory that brings together not just a phase in society and a way of life but also the work of more than one great artist. The debate over colouring it cannot be easily settled.