The capital of France wove sport and politics in interesting ways, and the communion suggested by the song proved divisive at times 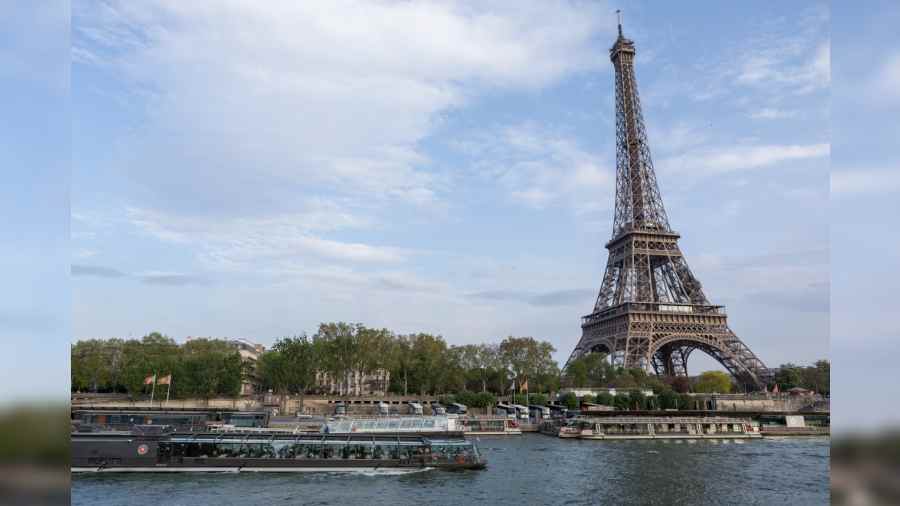 “Ev’ry beating heart becomes a part of/ Paris in the spring.” So ends the famous song, first introduced in the 1935 film, Paris in Spring. This particular spring in Paris wove sport and politics in interesting ways, and the communion suggested by the song proved divisive at times. While sport is often thought to bring people together and provide welcome relief from the strains of the world of politics, this spring was framed by two major political events, the presidential election (April) and the general election to the National Assembly (June), which exposed divisions in France rather than communion. For the third time in five presidential elections (2002, 2017, 2022), a farRight candidate made it to the final round of the two-round election, each time increasing the proportion of the vote, from Jean-Marie Le Pen’s less than 18% to his daughter’s more than 41%. While the exceptional result of 2002 has become the norm, the lack of trust in politicians, the global rise of extremist parties, and the divisions in society at large account for this sorry state of affairs. Emmanuel Macron’s re-election spared France the threat of far-Right rule, but the general election, which followed in June, did not give him a clear majority in Parliament. This suggests complicated political days ahead.

This spring, Paris was also supposed to be a feast, with the final of the Champions League taking place in May. Numerous Spanish and British tourists descended on the city for the occasion. Supporters thought it would be nice to spend the weekend in Paris, and the bars and cafés were full of fans sporting white (Real Madrid) or red (Liverpool) shirts. What ensued was sadly reminiscent of past events, such as the final of the European Championship at Wembley last year. There were perhaps more people than tickets and more tickets than seats inside the stadium. The mismanagement of the situation at the Liverpool end led to scenes that are sadly familiar, with the French police using tear gas for crowd control and local gangs robbing fans, including the mayor of Liverpool, as they were leaving the stadium. Liverpool fans were bitterly disappointed by the treatment they endured at the hands of the French security forces. The Uefa did not seem to have learnt lessons from the past.

The final took place at the end of the first week of the French Open, which gave occasion for renewed talk about the greatest tennis player of all time. The little bubble of Roland-Garros seemed a long way away from the world of politics, even though players from Russia and Belarus were not allowed their flags (but, unlike at Wimbledon, they were allowed to play). The politics appeared to be confined to problems of organisation and seeding: this meant that Rafael Nadal faced Novak Djokovic in the quarter finals (although he had won the tournament 13 times, he was only seeded 5); the organisers put them on in the ‘night session’ so that the players walked on to the Centre Court at 9 pm and only finished after one in the morning. While both players — Nadal in particular — felt uncomfortable about playing so late, it was the prime-time television slot that decided this, adding to the controversy on the rights of the night sessions having been sold to a well-known online purveyor of goods.

After their encounters of 2020 (Nadal won that match) and of 2021 (Djokovic won after a formidable battle), Nadal saved two set points in the fourth set to move into the semi-finals. Having won the tournament, Nadal is now clear of both Djokovic and Roger Federer in terms of the number of Grand Slam titles. Does this make him the GOAT? The debate continues. One image, though, suggests the futility of adjudicating, that of Rod Laver, at the 2022 Australian Open, using his phone to take a video of Nadal after his victory in the final. This moving homage conveys the mutual respect among the greats.

Above and beyond sport and politics? A climate militant walked on to the court in the middle of the semi-final between Marin Cilic and Casper Ruud sporting a teeshirt which read: “We have 1028 days left.”