Pakistan is not helping the people of Jammu and Kashmir

Undoing the grievous wrong that the government has done to the people of Kashmir will be our fight, and not Pakistan's 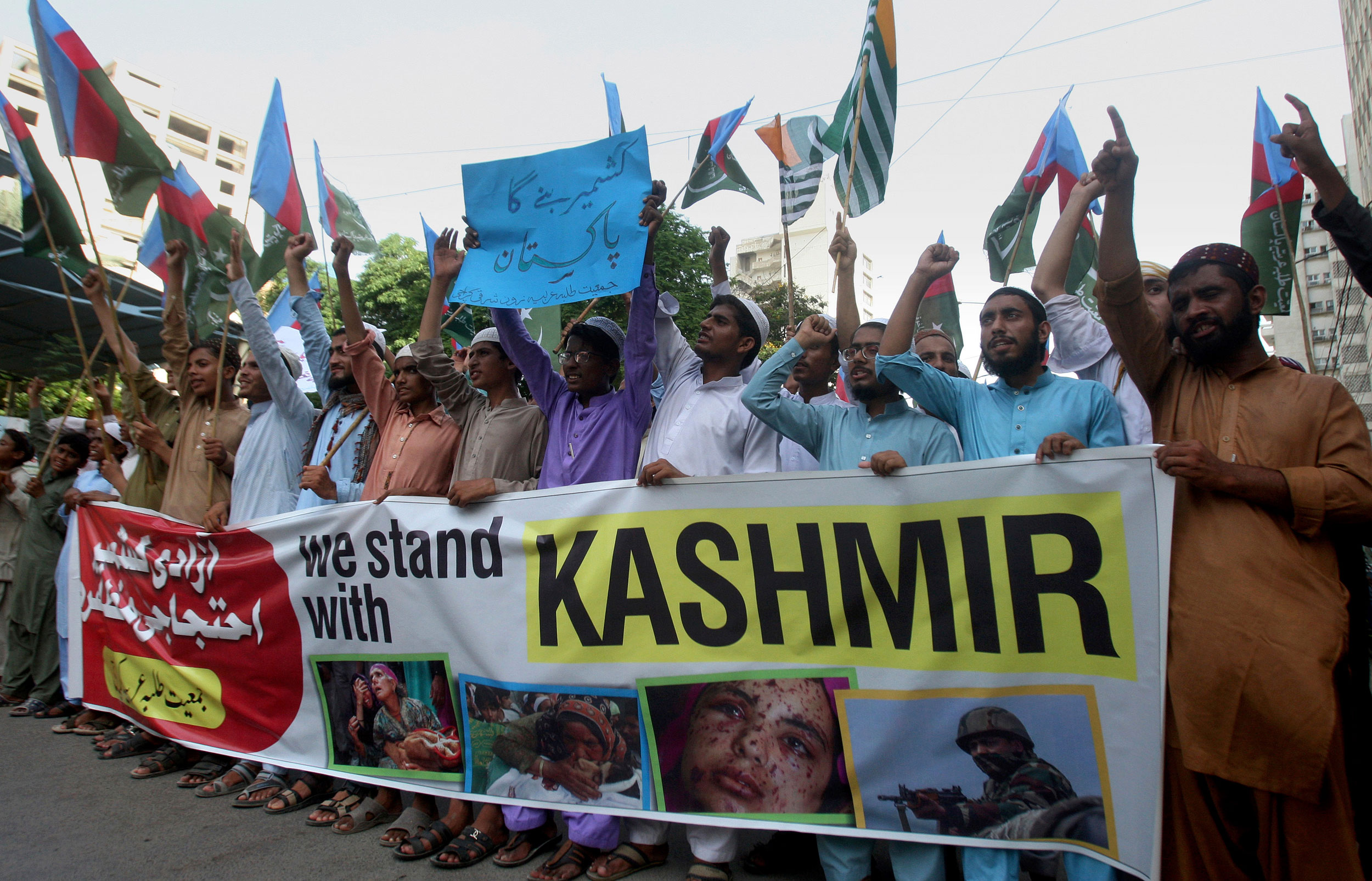 Predictably enough, Pakistan has responded in its own way to the recent developments in India relating to the Indian state of Jammu and Kashmir. I am myself a strong critic of the actions of the government of India. But I am equally convinced that what has happened is the internal affair of India and Pakistan has no business reacting to it in the manner it is doing. It is not helping the people of Jammu and Kashmir whose cause it professes to espouse; in fact, it is doing them a lot of harm by emphasizing again and again the two-nation theory based on religion which the Kashmiri people had wisely rejected in 1947 while acceding to India.

Let us get some facts straight. When Jammu and Kashmir acceded to India on October 26, 1947, obviously the entire riyasat of Jammu and Kashmir legally became Indian territory, including the territory which is now under the illegal possession of Pakistan, the territory it illegally transferred to China in 1963, and the territory China annexed from India in the war of 1962. India has a legitimate and legal claim to this entire land while Pakistan has none.

What has the government of India done now? It has amended Article 370 and Article 35A of the Indian Constitution; not of the Constitution of Pakistan or the United Nations Charter. It has bifurcated the erstwhile state of Jammu and Kashmir into two Union territories, again territory under its control, not under someone else’s control. Some of us do not like what the government of India has done and we shall continue to fight to restore the status quo ante, but that is our domestic issue and not Pakistan’s. In fact, Pakistan is spoiling the case of the opponents of the government’s move by giving a handle to their detractors to label them pro-Pakistan and anti-national. Recall what happened to Rahul Gandhi recently. The global rebuff it has received is proof enough of the fact that the world does not take Pakistan seriously.

Let us now look at what Pakistan has done as far as the territory, which is under its illegal possession, is concerned, from time to time. According to a report published in the Economic Times on August 13, 2019 Pakistan divided the area under its control in 1949, even before the UN-mandated ceasefire came into effect, into two administrative zones, namely ‘Azad Jammu and Kashmir’ and the ‘Federally Administered Northern Areas’ which included Gilgit and Baltistan. Twenty years later, in 1969, it created an ‘advisory council’ for the Federally Administered Northern Areas. In 1994, it converted the advisory council into the ‘Northern Areas Council’. In 1999, the name was changed to ‘Northern Areas Legislative Council’. This was again changed when in 2009 it created the Gilgit-Baltistan legislative assembly and council to give the area a semblance of self-rule through the Gilgit-Baltistan Empowerment and Self-Governance Order. Nobody believed Pakistan’s claim because the prime minister of Pakistan retained the authority to legislate over 63 subjects and overrule any law passed by the Gilgit-Baltistan assembly. The State Subject Rule, which was promulgated by the maharaja in 1927 and was the precursor of Article 35A of the Indian Constitution, was abolished by Pakistan in both ‘Azad Jammu and Kashmir’ and Gilgit-Baltistan in 1984, thus facilitating outsiders to purchase property and settle down in these areas without any difficulty. Over time, this has completely changed the demography of the Pakistan occupied areas.

Today Pakistan is shedding crocodile tears at what India has done and claims that its heart is bleeding for the people of Jammu and Kashmir. How has it treated the people of the riyasat who have remained under its illegal occupation all these years? The so-called prime minister of the so-called ‘Azad Jammu and Kashmir’ sits outside the office of the under-secretary of the government of Pakistan in Islamabad waiting to be called in by that potentate? What is even worse and completely immoral is that Pakistan has transferred an area of over 5,000 square kilometres of the old riyasat to China in 1963 completely illegally. Pakistan is very fond of describing the issue of Jammu and Kashmir as a ‘dispute’, although in document after document signed by it with India starting with the Simla agreement it has accepted it as an ‘issue’. But if, according to Pakistan, it is a ‘dispute’, how on earth has it ceded a part of this disputed land to another country? It is like someone occupying a part of my land illegally and then transferring a portion of it to someone else. China is equally guilty of taking possession of disputed land from someone who did not have title to it. Completely illegal, completely unacceptable.

We claim, and rightly so, that the issue of Jammu and Kashmir is a bilateral issue between India and Pakistan. The UN resolutions on the subject became infructuous when India and Pakistan signed the Simla agreement in 1972. It has been reiterated time and again as a bilateral issue in all subsequent documents signed by the two countries. Yet, Pakistan repeats the UN resolutions ad nauseam hoping that a lie repeated a thousand times would be taken as truth. We must guard against it. The international community is often ill informed about Jammu and Kashmir. Many foreign ministers I met during my tenure in the foreign office were not even aware of the geography of the state, yet wanted to contribute their two-bit to its resolution.

Many of us are determined to fight the government of India, peacefully and democratically to undo the grievous wrong it has done to the people of Jammu and Kashmir. Yet, it will be our fight, not somebody else’s, certainly not of Pakistan.

Restrictions up to Pakistan: Ajit Doval