Pakistan is caught in the intrigues within the Islamic world 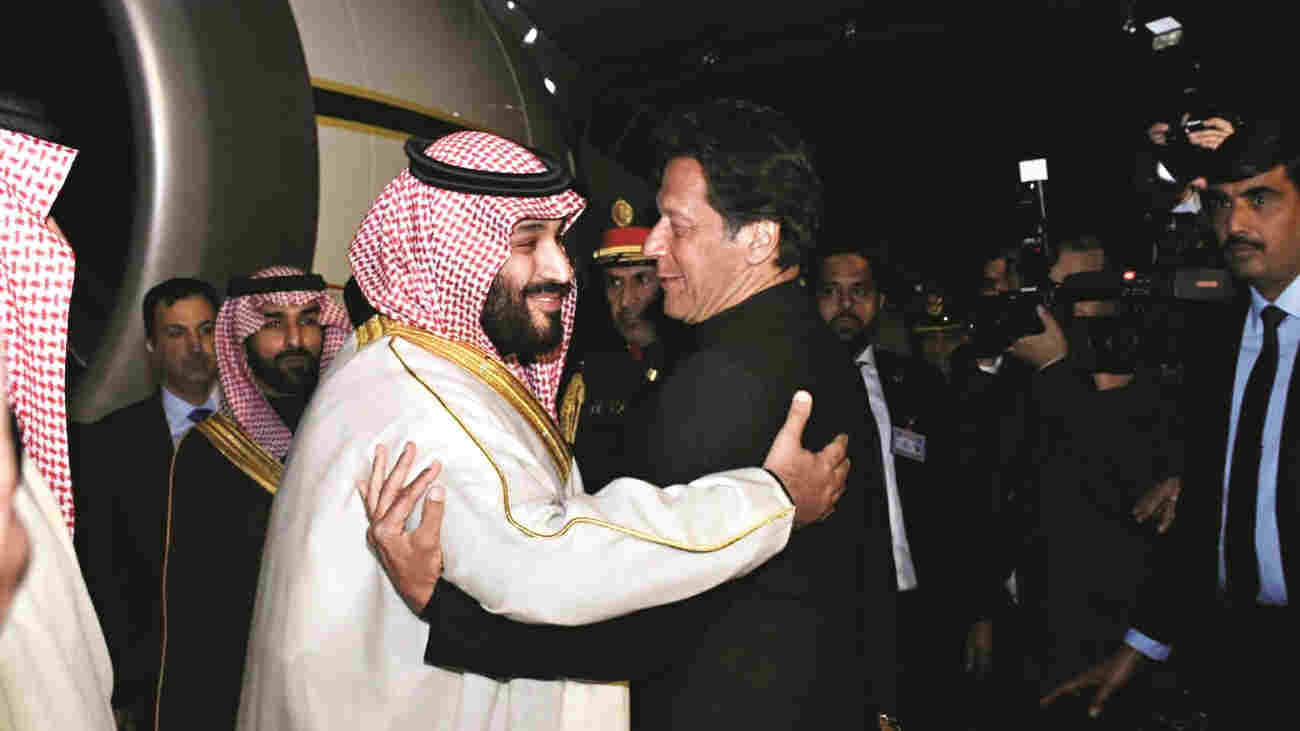 In 1979, Pakistan changed the name of its third-largest populated city, Lyallpur, located on the banks of the river, Chenab, in Pakistani Punjab to Faisalabad in honour of the late King Faisal of the Kingdom of Saudi Arabia. Lyallpur was the name given in honour of the then British lieutenant-governor of Punjab, James Broadwood Lyall, in the early 20th century.

The KSA gave money for the construction of the picturesque Faisal mosque in Islamabad, again named in honour of the late king. The relationship between the KSA and the Islamic Republic of Pakistan has often been cast in terms of ties between two fraternal Sunni Muslim majority countries. One was the country where Islam was founded and another was created in the name of Islam. So the Pakistani foreign minister, Shah Mehmood Qureshi, surprised many by publicly admonishing the KSA leadership for its failure to convene a foreign ministers’ meeting of the KSA-led 57-member Organisation of Islamic Cooperation. “If they will not play their role, then I will ask Prime Minister Imran Khan to go ahead with or without Saudi Arabia.”

This was preceded by Pakistan repaying the KSA’s loan of $1 billion (USD) out of $3 billion with China’s help before the maturity period. The reason cited was that the KSA was facing financial difficulties because of the recent decrease in oil exports owing to the ongoing pandemic. The reason didn’t convince many as the KSA has several hundred billions parked in foreign assets and a sovereign wealth fund was established to diversify its investments. The loan to Pakistan was at an interest rate of 3.2 per cent. In addition to this, an old agreement signed between Pakistan and the KSA for the provision of $3.2 billion worth of oil on deferred payments per annum by the KSA was not renewed after May, 2020.

Given the manner in which the two countries have locked themselves in the last few decades, this was a rare instance of criticism of the KSA leadership. The KSA, being one of the financial benefactors, has often shaped political developments in Pakistan. In a deal that was believed to be brokered by the KSA, the former prime minister, Nawaz Sharif, was allowed to leave Pakistan by Pervez Musharraf a year after the general had deposed Sharif  in a military coup. In the late 1970s and the 1980s, the KSA and Pakistan became the most important frontal allies of the United States of America in its bid to bleed and defeat the Soviet Union. The KSA, along with the US, provided funds to Pakistan’s military to train and arm the mujahideen in Afghanistan. In fact, as is widely known, some KSA nationals, including Osama bin Laden, had fought alongside the Afghan mujahideen. After the retreat of the Soviet Union and the defeat of the local groups it supported in Afghanistan, the victorious mujahideen coalesced to form the Taliban and took advantage of the political vacuum. Only the KSA, the United Arab Emirates and Pakistan recognized the Taliban leadership when they took power in Afghanistan.

The relationship has other aspects. Pakistani troops have been deployed in the KSA at various critical moments, including the Gulf war in 1991, as part of a strategy to deter any potential Iraqi attack. The KSA had helped Pakistan to weather international sanctions after the 1998 nuclear tests in the form of a “four-year deferred oil financing facility worth roughly $3.4 billion”. Although the KSA, officially, is a non-nuclear-weapons state, its public commitment hinges on whether or not its regional foe, Iran, acquires the nuclear bomb. It is widely believed that nuclear-armed Pakistan may be one of the countries that will enable the KSA to acquire nuclear capability.

Pakistan’s singular obsession with raising the Kashmir issue and the KSA’s desire to remain equidistant from the Indo-Pak rivalry seem to be the trigger behind Qureshi’s outburst. That may not be all. In the last year or so, Pakistan’s foreign policy has put itself in the cross hairs of the renewed rivalry between the KSA and Turkey. This rivalry has its roots in the four-centuries’ old Arab-Ottoman animosity as the Ottomans had colonized vast tracts of present-day Middle East. Pakistan’s prime minister, Imran Khan, has lavished praise on the Turkish president, Recep Tayyip Erdogan, and encouraged Pakistan’s State media to broadcast the famous Turkish show, Ertugrul, and dub it in Urdu. Khan stated that in contrast to Hollywood and Bollywood, Turkish television shows are more in conformity with Islamic and family values. Musharraf used to refer to Kemal Atatürk, the founder of modern Turkey, as his role model. Atatürk, the polar opposite of Erdogan, secularized the country’s polity with an iron hand.

The KSA-Turkey animosity has acquired topical salience in the last few years. Turkey’s decision to deploy more troops in Qatar, which was facing a blockage from the KSA, exacerbated the tensions between the KSA and Turkey. In July 2020, Erdogan visited Qatar to further cement the strategic relationship between the two countries.  The KSA and Turkey are following divergent foreign policy goals in many places. For instance, in Libya, Turkey is backing Libya’s Government of National Accord to push back Khalifa Haftar’s Libyan National Army, which is supported by the KSA. The tensions had become more apparent after the killing of the Saudi journalist, Jamal Khashoggi, in the KSA’s Istanbul consulate in 2018. The facts presented by the Turkish authorities hinted at the direct involvement of Crown Prince Mohammed Bin Salman in the killing. A trial had already started in Turkey that accused 20 KSA citizens in absentia; the KSA has declined to extradite them. There is a counter-reaction sweeping within the KSA as the leadership has decided to refer to the Ottoman rule over its territory in the context of colonialism and revise textbooks. In Riyadh, a sign bearing the name of the Ottoman sultan, Suleiman the Magnificent, was reportedly removed from one of the main streets.

The global challenge to the KSA’s leadership in the Muslim world is at play. In December 2019, Erdogan along with the former Malaysian prime minister, Mahathir Mohamad, had taken the initiative to organize an Islamic summit in Kuala Lumpur. This initiative was seen by the KSA monarchy as a threat to replace the Jeddah-headquartered OIC, which is under Saudi Arabia’s de facto leadership. In a statement, the OIC secretary-general, Yousef al-Othaimeen, had said, “It is not in the interest of an Islamic nation to hold summits and meetings outside the framework of the (OIC), especially at this time when the world is witnessing multiple conflicts.” Although Malaysia and Turkey supported the position of Khan on Jammu and Kashmir-related issues in the context of the developments after August 5, 2019, the KSA leadership convinced Pakistan’s prime minister not to attend the summit. The deference is not unexpected. Apart from financial support, at least 2.6 million Pakistani nationals of all professional classes work in the KSA and they are the biggest source of remittances to Pakistan.

At a time of a grand contestation taking place between the two big powers of the Islamic world, Pakistan faces a choice between the KSA, which is expected to invest $20 billion in Pakistan as part of a memorandum of understanding signed between the two countries in February 2019, or join hands with Turkey, the KSA’s arch rival in the Muslim world.