Our routinely truncated definitions of citizenship

In an ideal world, democracies should enlarge and deepen citizenship rights, but we have veered away from that ideal 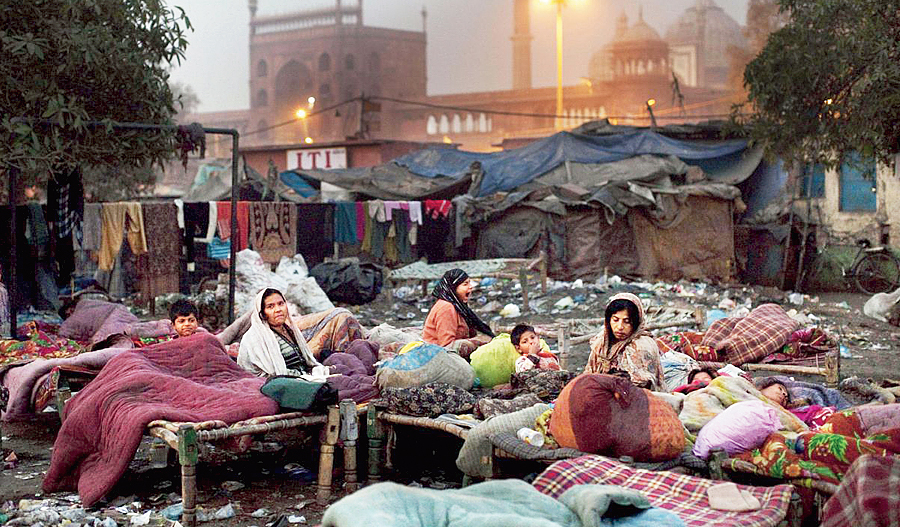 Residents of New Delhi. Those who have bank accounts and Aadhaar cards have some degree of a genuine economic citizen status, but those who do not have them lose out
iStock
G.N. Devy   |     |   Published 04.01.19, 03:47 AM

It is difficult to say whether orthodoxy, as well as its nemesis, dynamism, are characteristic more of a given society or the ideas it receives and internalizes. We believe that normally any major shift in a society’s material conditions will necessarily bring about a shift in all of the ideas that constitute its foundations. But history is full of examples showing social progression largely unattended by a corresponding shift in its foundational ideas. Post-war Europe offers a classic range of this mismatch. History also has examples where ideas have moved ahead and societies have lagged miserably behind. Different varieties of colonial modernity offer a wide spectrum of testimony to this kind of mismatch. Since social formations as well as the architecture of ideas are shaped by humans, both kinds of mismatch result in tragic consequences for large numbers. In our immediate context, citizenship is a case in point.

A quick view of its evolution tells us that ‘citisein’, the old French origin of the term, was used to mean ‘the inhabitants of a city or a town’. This in turn was based on the idea of a home as a mental image of close relations. ‘Domus’ was the Latin for ‘home’ and ‘domicilium’ for dwelling. This sense was later picked up by the language of law in European countries and the idea of home as “residence from which one had no intention to shift” gained stability. Well until what British history describes as a ‘hundred years of war’, the idea of citizen and the idea of habitat held mutual correspondence. But the war had created a need for a steady number of soldiery, and the number of soldiers under the royal command clearly depended on the stability of revenue. That fiscal need led England and France to move from taxation on farm yield to taxation on farm land. Yields can vary; the area of land under cultivation was relatively steady. With the changed tax-laws, the meaning of ‘citizen’ moved closer to landownership and tax-paying ability. That was good for Europe during the 17th and the 18th centuries. But its implications for colonized India were not so during the 19th century.

The British colonial administrators in India noticed that a large part of the population was migratory in nature. Apart from the large-scale religious pilgrimages of sects, they noticed communities not really rooted to a single specific habitat. The colonial mind felt that if these do not have a predictable land-relationship, bringing them under the tax regime would be difficult. On noticing this, the regime did everything to bring them under control and to change their nomadic habits so that they became sedentary in thought and act. On the sidelines of the wars, cessations of states, building roads and rail-tracks, pressing English in law and education, the colonial administrators kept themselves overbusy in isolating all of the non-sedentary communities. An officer like William Henry Sleeman was specially appointed to keep watch on these ‘thugs’. Given his position of authority and his unmatched enthusiasm in hunting for anything nomadic, it was no surprise that the thuggee myth took root in a few decades. The dignity acquired by the stereotypes he had floated was evident in the Criminal Tribes act of 1871. It had a sizable list of communities designated ‘criminal’. It included the transgender ‘Hijras’, coin-making ‘Meenas’, stonemason ‘Wodders’, horse-mounted trading ‘Sansis’. Other communities were brought under the draconian provisions in subsequent versions of the CTA. A total of 190 communities, whose current population may be close to 90 million, were subjected to the provisions, kept in reformatory prisoner colonies — appropriately called ‘settlements’ — branded as criminals and used for unpaid labour on public purpose civil works. Even after the country arose into Independence, the communities wrongly branded as criminal continued to languish in their settlements with pathetically meagre access to civil rights. A large mass of our own working population had thus been turned into less than citizens. In 1952, they were ‘denotified’, the CTA was slightly amended and a Habitual Offenders Act replaced it. The spirit of the HOA was ditto.

The point I am trying to make is not about the neglect of the denotified tribes. The neglect certainly is abysmal, to say the least. I am trying to point to the continued process of restricting the meaning of the term ‘citizen’. The Indian Constitution, in its most idealistic sweep of vision, proposes for all of us full citizenship status. However, in the working of the law and regulations, it has routinely been getting truncated. This needs no elaboration when we look at the plight of the communities that do not speak any of the scheduled languages as their mother tongues. The State is uninterested in creating access to education for them in their own languages. So, their linguistic citizenship is compromised. Our courts do not have law interpreters for all. Those who fail to understand the intricacies of law courts, automatically become legal non-citizens. Those who have bank accounts and Aadhaar cards have some degree of a genuine economic citizen status. Those who do not have them lose out on this account.

Orson Welles’s 1941 American film, Citizen Kane, is a frightening statement of isolation that surrounds the idea of citizen at the heart of a society that looks at capital and media as real power. Neo-liberal economies have been fast turning very large sections of society into less than citizens. Of course, this is a global phenomenon and to a large degree an irreversible one. Yet its implications affect human beings in flesh and blood, with their hunger and pain, joys and dreams, not just some digital numbers printed in grey ink by a chip-driven printer. The process of excluding citizens, aided by the technologies turning them into mobs, has gained sharper blades due to the nationalistic jingoism and theocratic bigotry which are getting fast normalized. Coercive tax regimes, too, are helping in the replay of history.

In an ideal world, democracies are expected to enlarge and deepen the citizenship rights for every segment of the society. That is a marvellous idea; but our world has precariously veered away from the ideal. So much so, that thinking other thoughts, saying other prayers, eating other food, dressing in another way, remembering other heroes and histories have come to be seen by the minions of the State as sedition or treason. The State itself is asking for greater rights to snoop, whether it is in Turkey, Egypt, Russia, the United States of America or in our own country. There was a time when those who were frowned upon had some constitutional guarantees to help them. But the society has changed and the idea of constitutional democracy has not kept pace with it.

A century-and-a-half ago, Karl Marx described many types of social segments deprived of all citizenship rights by using the term ‘the have-nots’. B.R. Ambedkar used the term ‘Dalit’. How does one describe in our present context all of the classes being treated as less than citizens, a kind of second-class citizens? We can probably call them, for linguistic ease, ‘the gastflects’, the ones afflicted by GST, the prized trophy of the current dispensation. These include the ones who have no jobs and housing, no access to education and healthcare, no Aadhaar card, no legal remedy, no possibility of restructuring of their farm loans and no real say in forming governments. Add to these, the victims of widespread intolerance and minority-baiting. Hubris and hegemony are in the air and innocent citizens are facing increased discrimination. As we ring in the new year, let us wish our profoundly democratic Constitution a happy future. History is a habitual offender; yet it is the marginalized ‘gastflects’ who often bring it back to its senses.

The author is a literary critic and a cultural activist.
ganesh_devy@yahoo.com
Advertisement

The competing visions behind two judgments