Advertisement
Home / Opinion / Oscars 2022: And people are still talking about Chris & Will

Oscars 2022: And people are still talking about Chris & Will

AMERICAN DIARIES: Amazon is reaching for the stars, but on earth it's entering murky territory 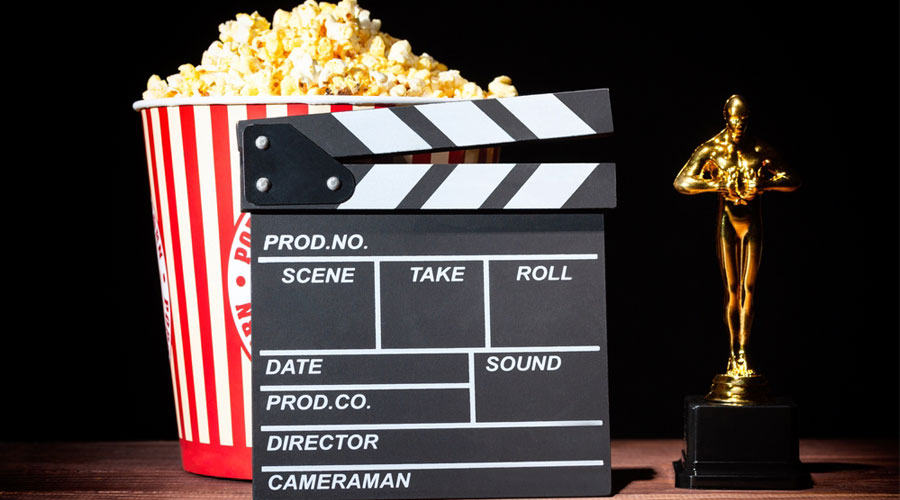 Over 16 million people watched the Oscars 2022, which was a 58 per cent increase from last year. It has been almost two weeks since the actor, Will Smith, physically assaulted the comedian, Chris Rock, but people are still talking about it.

The singer and actor, Lady Gaga, was praised for helping the veteran star, Liza Minnelli, when they were on stage to present the award for the best picture. Minnelli was visibly struggling with the presentation. Lady Gaga stepped in and whispered words of encouragement, which were picked up by the mic. USA Today termed it a ‘tender moment... amid a chaotic Oscars night’.

The Oscars was presented by Regina Hall, Amy Schumer and Wanda Sykes. The event was conducted without hosts for the last three years. The film, Dune, swept the Oscars with the maximum number of awards.

However, the event was overshadowed by the physical confrontation between Smith and Rock, sparking conversations on where comedians should draw the line. It led to further debates about Black men defending Black women.

MacKenzie Scott, the ex-wife of the founder of Amazon, Jeff Bezos, has given away billions of her personal wealth to philanthropic organizations. Recently, Scott donated $436 million to Habitat for Humanity which will go towards building affordable housing.

Bezos meanwhile has set his eyes skyward and just signed a deal to initiate a project that will build a “network of 3,236 satellites in low Earth orbit, to provide high-speed internet to anywhere in the world”. But Amazon is entering murky territories on earth that may pose a threat to the delivery of goods.

Thousands of Amazon workers from the company’s Staten Island warehouse got together to vote on whether to form a union and decided in its favour by a majority. This development could create a ripple effect and spread to other warehouses. This will impact Amazon’s finances, which relies on an aggressively low-cost business model. Amazon said in a statement that it was “disappointed with the outcome” of the vote.

Amazon is the second-largest employer in the United States of America and has drawn widespread criticism for its work culture and labour practices. According to The New York Times, Amazon increased its profits by over 200 per cent during the pandemic. This has angered the common people as well as politicians like Bernie Sanders, who are pushing for better labour conditions in the country.

Ketanji Brown Jackson, a Harvard-educated federal judge, has been confirmed to the Supreme Court in the US. She is the first Black woman to earn a seat at the apex court. Members of the Senate get together in a room to ask the candidate questions before they vote on the confirmation. The discussions at the hearings for Jackson showed that the Republicans and Democrats are divided on ridiculous grounds.

The Texas senator, Ted Cruz, brought out a book, Antiracist Baby, by Ibram X Kendi, which is taught at Georgetown Day School, a prep school where Jackson serves as a trustee. He insisted that the book claims that babies are racist. Jackson replied that she had not reviewed the book. In fact, many Americans learnt about the book for the first time through Cruz, leading to a huge boost in sales.

The constant, politically-tinged battle of what to teach American children has touched other topics as well. The governor of Florida, Ron DeSantis, has signed into law the parental rights in education bill. It prevents teachers from discussing LGBTQIA+ issues in classrooms from kindergarten through third grade.

In the last two years, April Fools’ pranks had taken a backseat because of the pandemic. This year, several brands were back with their jokes. The peanut butter brand, Skippy, and the grape jelly manufacturer, Welch’s, claimed that they have created the PBJ X Pro, “an all-in-one, Wi-Fi enabled pocket knife designed to streamline the sandwich-making process.” They unabashedly promoted it on social media and even came up with a PB&J sandwich recipe.

Budweiser announced a concept called Budbnb, which they dubbed “the ultimate hotel experience”. It said that people can stay at the famous Clydesdale stable — it is featured in Super Bowl ads — for just $1,876 per night. Honda claimed that it was releasing a new range of front seats for dogs and would later upgrade its facilities to include fishes, hamsters and other animals.

There is contention over the origins of April Fools’ Day, but according to NPR it could date back to the early 16th century.

Hank the Tank, a beloved but mischievous bear, went around causing havoc in the Lake Tahoe region of California. This 500-pound black bear broke into at least 28 homes and stole food and groceries, leading to over 100 phone calls to the police in the past few months. But nobody wanted any harm done. The authorities finally found him at the end of March after he was seen prowling near a Tennessee university. The bear has been relocated to Cherokee National Forest.