Once scissor-happy, Nihalani now has second thoughts on censorship 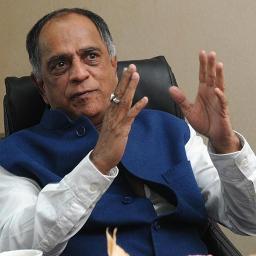 Former CBFC chief Pahlaj Nihalani has moved the Bombay High Court after the CBFC ordered him to incorporate 20 cuts to his movie in order to get a certificate.
Source: Twitter
The Editorial Board   |     |   Published 12.11.18, 02:59 AM

The boot is now on the other foot, and it is clearly tight enough to hurt. Pahlaj Nihalani, who had courted controversy for his eagerness to run his dreaded scissors through films as the former chief of the Central Board of Film Certification, is now miffed over the suggestion of several cuts to his new, unreleased film. He has moved the Bombay High Court after the CBFC — now under a different boss — ordered him to incorporate 20 cuts to his movie in order to get a certificate. The irony of the situation ought not to be lost on anyone, especially to Mr Nihalani who was known for his scissor-happy ways. Perhaps the role reversal — is it not ironical? — would compel Mr Nihalani and others to reflect on the functioning of the film certification body. There is undoubtedly a need for certain checks on some forms of depiction. Popular cinema has an excess of on-screen violence, for example, which can have a deleterious effect on the mind. There is also the question of obscenity. The portrayal of characters — women and sexual minorities — often violates the principles of dignity and decency. The argument in favour of a regulatory institution thus merits concern.

Unfortunately, the principle of regulation is being increasingly exploited by authoritarian forces to curb the freedom of expression that is central to the democratic ethic. It is widely known that the right-wing in India — the ruling Bharatiya Janata Party often endorses its polarizing views — has resorted to violence to protest against films that apparently hurt the sentiments of the majority community. It is telling that in restive Kashmir, militants have repeatedly demanded the closure of cinema halls. Creativity, evidently, makes the tyrannical mind nervous. That can explain the eagerness to use the CBFC as an instrument to suppress free thought and, in many cases, dissenting opinion. The pattern is unlikely to be altered even with a change of chairpersons of the censor board. That is because the CBFC often exceeds its brief. Such a transgression reveals a disturbing phenomenon. Majoritarian governments, the harbingers of a hard-line political ideology, are increasingly attempting to erode autonomous institutions that are expected to protect constitutional freedoms. As a statutory body under the Union ministry of information and broadcasting, the CBFC is not immune to such a threat.