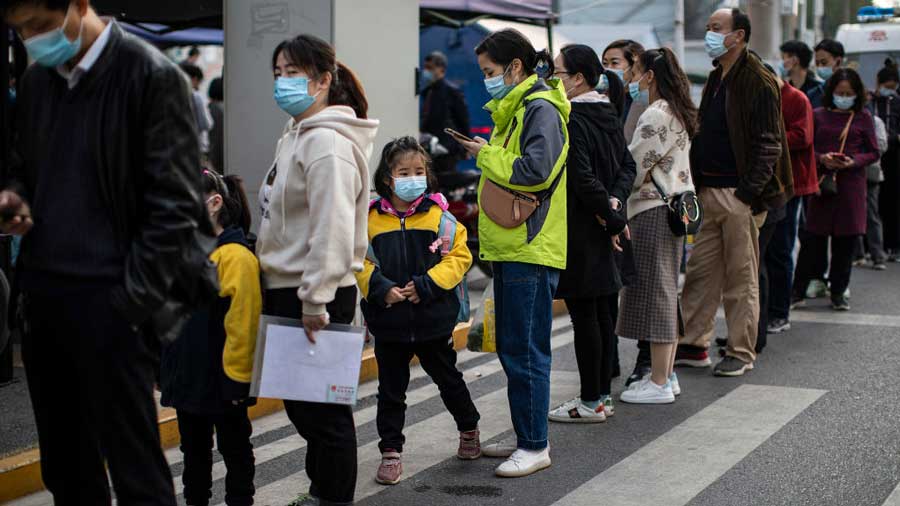 In a rare move, the government in Beijing has apologized to some residents who were wrongly barred from returning to their city as part of Covid-19 control measures. Blaming the lapse on technical glitches, the government has advised them to complain online next time.

One lawyer from Xian followed this advice, only to be sent from one helpline to another. His health code — the risk assessment of a citizen monitored on an app of the same name that everyone must carry on their mobile phones — changed from green to yellow after he returned from a trip to a nearby city. Bafflingly, the message on his mobile said that he had been to the Philippines. A yellow code means the person is a “medium risk”, and must self-isolate for 7 days or test negative. (A red code means high risk.) The lawyer was thus not allowed to leave the railway station until he could prove that he had not been to the Philippines. Ironically, even when he was finally cleared many hours later, his code remained yellow.

A blogger who found himself suddenly “yellow coded” agonized about the choices before him: he could stay home till the code turned green again or risk getting infected by joining the mile-long queues of yellow-coded people outside testing centres. Luckily for him, his code turned green after he’d spent three fearful days at home, wondering if health workers would haul him away.

China’s “zero-Covid” policy means that your health code runs your life. Only a green health code allows mobility. But Big Data can be unreliable: friends travelling together have found that the code could change colour depending on their SIM card. The criteria are also extreme: your code turns yellow if your mobile network is within 800 metres of an infected person’s network. Last month, 82,000 Chengdu residents were subjected to emergency testing on this basis.

Such is the pressure on authorities that after two cases were detected at a holiday resort all traffic signals in that county were switched to red to halt traffic. In another city where cases were reported, the health codes of all residents, even those outside the city at that time, were switched to yellow, making it impossible for them to return home. The public protest that followed forced even official media to describe this as “unscientific, lazy governance”.

China is perhaps the only country still testing parcels for the virus, banning the ordering of goods from shops and cities where cases have been detected, and sealing entire buildings, subjecting all residents to testing if an infected parcel is delivered there. Health workers have even killed pet dogs and cats of those suspected to be infected.

But seeing the low cases in China compared to the world, most Chinese support these measures. The few who question them online, find their posts deleted. Even doctors who suggest that China can now live with the virus instead of going in for repeated lockdowns have not been spared. After a senior doctor made such a suggestion, he was not only denounced as a “traitor” by trolls but also subjected to an inquiry on whether he had plagiarized his PhD thesis. Weeks later, he posted his support for the government’s Covid policy; within days, the inquiry was dropped.

Yet, people in remote border areas whose proximity to neighbouring countries makes them more vulnerable and who have therefore had to bear the brunt of the ‘zero-covid’ policy, recently protested on the streets against repeated lockdowns and forced quarantines that have ruined businesses and family lives, resulting in suicides and depression. Alas! They did not find much sympathy from their compatriots.