On the arrests of men and women of conscience 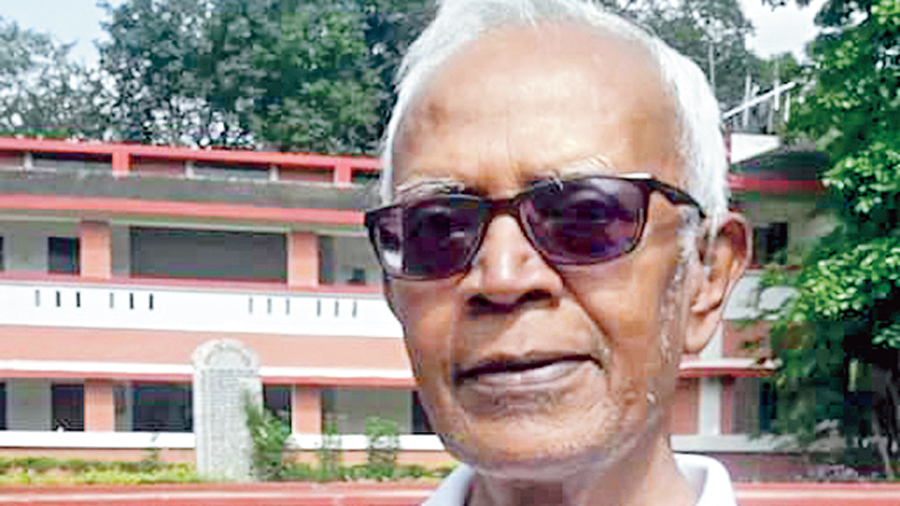 My father was a brilliant metallurgist who worked for the Tatas. We lived in Jamshedpur and would go for long walks. He loved the forests around the city. I remember one evening as we walked, the Tata ‘mountains’ poured out their slag — molten and incandescent — as if the Tatas made sunsets. Then, a few minutes later, the Dalma hills lit up as the tribals burnt an area for jhum cultivation. Both were brilliant sights and my father watched entranced. He then said, almost cryptically, “Both have to survive. Justice is balance between the two.” For my father, Tata’s validity lay in the continuity of the tribe. It was a vision of a different world.

When I heard of the Jesuit Father, Stan Swamy, I sensed here was a man who understood that vision, grasped why the tribes and the tribal way of life had to survive. People talk of the Jesuits practising conversion without realizing that many Jesuits have fought against conversion. What Jesuits like Stan Swamy preached was not to be converted to the fundamentalism of development, a world that destroys the margins. Stan Swamy at 83 represented that world, represented a hope that the tribal world and its imagination may survive. When the government arrested him for conspiracy, one realized that what they were arresting is hope and justice for the tribe as a way of life. It is sad, in fact ridiculous, that Stan Swamy should have been arrested under a tribal chief minister, Hemant Soren, who sat silent at first before the diktats of the Centre.

The sadness of this regime, its mediocrity, comes from arresting men and women of conscience. It is not ideology one objects to but conscience and caring. I sensed this when I got a letter from Kobad Ghandy thanking me for a piece I had written. There was a quiet elegance to the letter, a matter-of-factness about jail. What he mourned was the death of his wife, who was busy as an activist in tribal areas.

At that moment, I was wondering whether the word, Naxal, should be used to refer to people battling for justice. They seem more to be conscientious objectors fighting
for a different dream with the weapon of courage rather than destruction. The regime’s indifference to such idealism seemed perplexing. One has to ask if the best of our society, from Stan to Kobad, are in jail, how does one define the civic and the social? It looks more like an honour list than a roster of criminals. These people do not speak the rabid logic of Kanu Sanyal or Jangal Santhal. They talk of justice, suffering, without reifying revolution and they suffer quietly in jail without a murmur. Ghandy could have been my professor at the Delhi School of Economics. I wish a writer like Mahasweta Devi were around. She had an uncanny sense of hypocrisy, of calling the bluff of a regime like the current one.

As the regime grows in power, one senses a Stalinism against the tribe. Kobad and Mahashweta were witnesses to such tyranny. Watching him speak one day, I realized the wisdom of a leading dissenter. He told me the only way one can be nationalist in the Modi-era is to be anti-national. It is anti-national to defend the life of a tribe, to protect craft as a way of thinking, to define caring as the essence of citizenship. Whenever the question of caring is raised in this context, people cite Mother Teresa. They accuse her of conversion. I remember when an official wanted to harass her, Jyoti Basu slammed him, saying no one can empathize with suffering and justice the way she can. Both Marxist and missionary understood caring was a cosmopolitanism that went beyond Marx and Christianity. Caring was an act of love, of compassion.

In this sense, Sudha Bharadwaj cared, cared for the people she fought for. It is a strange regime that sentences her for caring. But then one has to realize that it is only government that does not care that can create the Citizenship (Amendment) Act and see Covid-19 as an Olympiad of death. In any real democratic country, we would be telling stories of Stan, Sudha and Kobad. Instead we harass them, telling an aspirational, mobile generation that caring is criminal. Even Kafka could not have produced the turn of phrase.

Regimes for the past few decades have always produced the archetype of the Naxal they love to hate. In India, it is the poet, Varavara Rao. Rao carries his poetry and politics lightly. I remember the first time I met him. It was in Bhopal after the gas tragedy of 1984. He spoke of justice. Standing around him were tribals who carried shields with a strange tribal god. I discovered it was Stalin. Rao smiled, hinting that maybe the tribals understood and tamed the demonic in Stalin better than we did. Rao has been at every demonstration for justice. He cares that his poetry creates an oral language of caring. He is virtually saying my orality is my morality. My protest is my ritual of citizenship. It has an eloquence and an originality. Today, Rao is ill and the regime takes pride in arresting him because he cares too much. The word, humanitarian, or justice, does not seem to apply when we discuss such men. All of them have added a sense of civilization to their struggles. It is a strange society that criminalizes caring and justice.

But present politics is more than a condemnation of virtues. Majoritarian democracy hates dissent because dissent celebrates the poetics and politics of difference. The arrest of Hany Babu from Delhi University exposes this. Dissenters and dissenting imaginations may be more committed to their institutions and see institution-building beyond law-and-order issues. As a wag put it, soon social service will be suspect; it will be conducted in jails. Dissent needs to be understood in the wider context of knowledge and democracy as a difference that sustains. A majoritarian regime has little sense of the university and its pluralism. As an institution, the university has been the first major casualty of a repressive and mediocre regime.

In fact, one has to read a sense of plurality and debate into these issues. One does not have to agree with everything that is said, but one must understand the dynamics of dissent in keeping us plural and free. The sadness is ideology has completely destroyed both protest and scholarship. The merging of internal and external security has made dissent the first target of a securitarian regime.

Two modes of dissent have suffered from this onslaught. The concerns for environment and for human rights. Both these issues have converged around the tribe as a way of life and thought. The fate of the tribe, the loosening of forest laws, all gets swept under the table of ‘urban Naxal’. The word, Naxal, threatens the tribal way of life. One needs to deconstruct it and understand the plural styles of Marxism, from Rosa Luxemburg to Teodor Shanin. We need a rethinking of scholarship here.

The arrest of Stan Swamy and others raises these issues. It is time citizens and academics see these dissenters and scholars as arguments for democracy and sustain them. Politics without ethics is finally empty.