Advertisement
Home / Opinion / Oh that line, it has been crossed!

Oh that line, it has been crossed!

Sometimes we see and sometimes we do not, or are not able to, but what happens does happen whether we see or do not see. 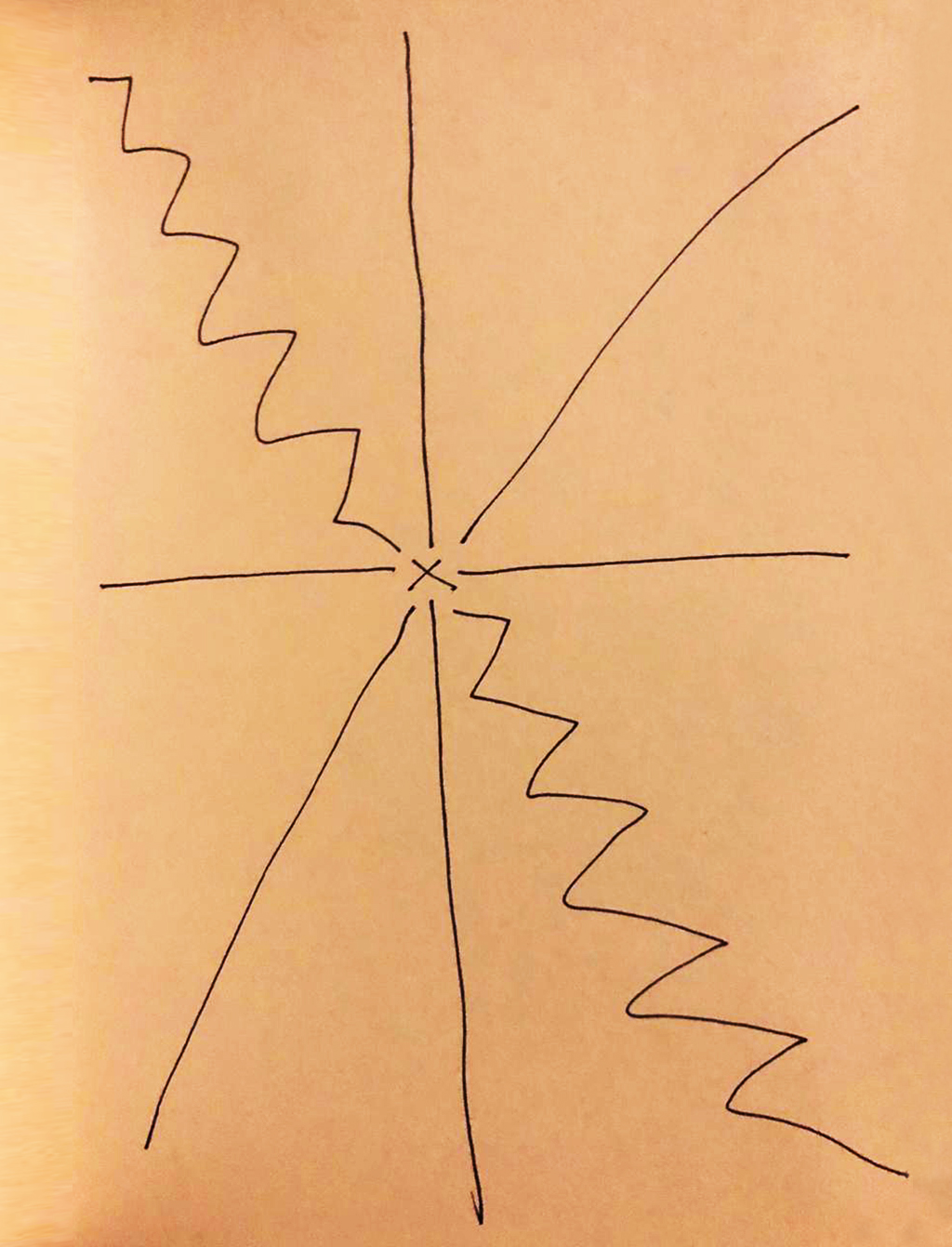 You see that line? That’s the critical thing, to keep your eye on the line. There are lines. You must know that if you were properly brought up. You must have been told about lines, and what lines never to cross, what lines never to allow others to cross. Well, that’s what it is about. Lines. Having said that, there can be many kinds of lines. Straight lines. Unstraight lines. Curved lines. Criss-cross lines. Perpendicular lines. Horizontal lines. Vertical lines. Lines that are neither horizontal nor vertical. They could possibly be called slanting lines. Or diagonal lines. Depends on where you’re looking at them from. There can be other kinds of lines. Jagged lines. They go this way now, and then that way and nobody can tell which way they will go next. A bit like life, you know. Jagged lines. You could call them life lines. (Statutory Warning: Don’t go asking a palmist about lines, he or she will only hold your palm while they, you know, like what it feels to be holding your palm.) There are lines that change. There are lines that can be changed. There are lines of control. But they may not be really lines of control because uncontrollable things can happen along those lines. But then, glory be Ooperwaale, there are some lines that are called lines of actual control. You know, Actual. They can actually be controlled, such lines are they.

But sometimes, actually, truth be told, even lines of actual control cannot be controlled. Such is the human condition, there is control and actual control but there comes a stage when you cannot control. You know what I mean. You’ve been there. Somewhere along a highway sometime when there was nothing to the left and nothing to the right, and everything was building up between what lay to the left and what lay to the right, and it built up and built up to a point where it all seemed like it had built up to a Holocaust and there was no point bothering about control or actual control because it could not be controlled at all, hai naa? You’ve been there. You’ve known that. You’ve needed to go. Or you’ve done it. Then. And there. You’ve crossed the line and messed it all up. Hai naa? Hoy. It happens. We cannot always see it coming. But there are lines. And they come. And then it is all upon us.

Sometimes we see and sometimes we do not, or are not able to, but what happens does happen whether we see or do not see. We do not see, at least most of us don’t, what’s happening beyond that lake, in those folds of barren hills, in those valleys and gorges cut by rivers and shallow streams, but what is happening is happening. It seeks no validation from witnesses, it’s a force of its own, it’s happening. We may not choose to see it. We may choose to look the other way. We may be told there is nothing there worth seeing. We may believe there is nothing there worth seeing. What is happening is still happening. There may not be a line. But, blimey, they crossed the line.

But what line? Where? Who told you? I don’t see a line. They don’t see a line. Nobody sees a line. But they crossed the line. Ab kya hoga, Mataji? They crossed the line, oh no, what have they done! How do they say it? Hum kisi ko kya munh dikhaayenge, hum kisi ko munh dikhaaney ke kaabil hi nahin rahey! Isn’t that how they say it? In the movies? And they are talking about the whole kalooney, you know neighbourhood, I mean? They crossed the line. It’s all over, let us go. But there is nowhere to go. The moment you begin to go, the moment you step out, they will mark you out, they will say, look, look, there, they are the folks whose, you know, line was crossed. And they no longer have lines any more. The only thing, probably or perhaps, for them to remember then is this happy thing. There are lines and crossed lines, but there are also lines that can sometimes be erased. End of all troubles. Erase! No lines. No fences. Nothing fenced.

No this is yours and this is mine

No lines, not black, not carmine

Imagine just saying all is fine

I take yours and you take mine.