The sanitized citizenry of New India

Religion is often highlighted in this context, but there are clear convergences of language and caste 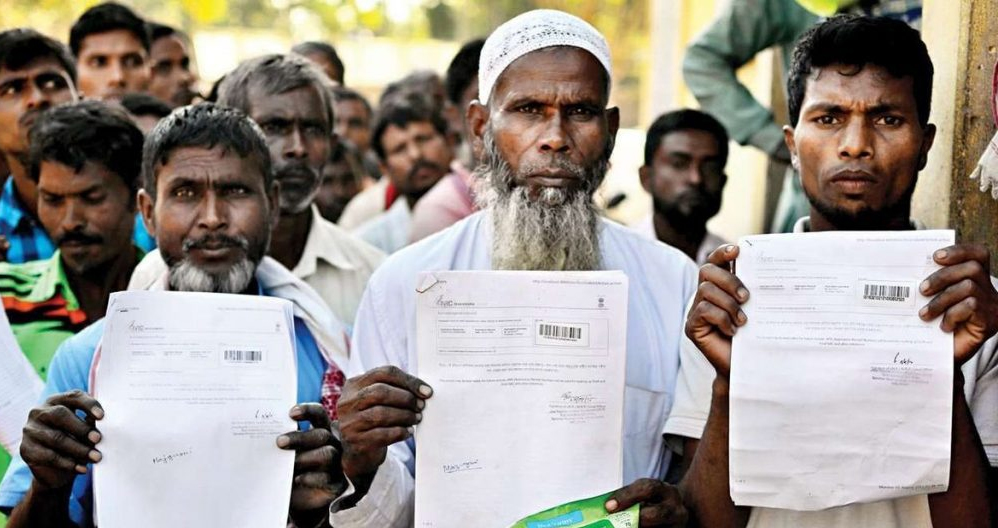 If the first term of Narendra Modi had aimed at achieving an open-defecation-free swachh Bharat, Modi 2.0, arguably, will be identified with ‘sanitizing’ Indian citizenry through the National Register of Citizens. A new civilizational moment is sought to be introduced by securitizing the State. While the geopolitical threat from ‘outside’ remains perpetual in this imagination, a palpably potent threat is now being constructed from ‘within’. In the process, the nation and its citizenry have been thrust into a vortex in which doubting fellow citizens becomes the norm. One way of clearing this ‘doubtfulness’ would be by bringing back the lapsed citizenship (amendment) bill. So that those who ‘fail’ the NRC test can get regularized through the bill whose proposed provisions are supposed to regularize all the non-Muslims who have migrated from Afghanistan, Bangladesh and/or Pakistan without proper documentation. The birth of this new ‘sanitized’ citizenry in India is embedded in religion, thereby striking at the very foundations of an inclusive India.

The existing environment of ‘doubtful’ citizenship is generating several fault lines. Religion is often highlighted in this context but there are clear convergences of language and caste. The Bengalis in Assam and the Nepalis in West Bengal represent the former category while the Namasudras embody the latter. The despicable plight of Bengali speakers, both Hindus and Muslims, occasionally appears in the public domain through the horrors of suicides and detention camps in Assam. The Namasudra issue gets reported through the politics of mobilization and the one-upmanship between the Trinamul Congress and the Bharatiya Janata Party. But the history of simmering fissures of citizenship in the Darjeeling hills, which may generate additional stress under the proposed ‘gaze’ of NRC in Bengal, has gone unrepresented.

Citizenship in the Darjeeling hills has its antecedents, albeit in different connotations. One is reminded of an occasion in 1986 when Subash Ghisingh publicly burned copies of the Indo-Nepal Treaty of Peace and Friendship, 1950. He was opposed to Article VII of the treaty, which, he alleged, created a citizenship crisis by generating a confusion in identity for the Nepalis of Darjeeling. The said Article allows citizens of both countries to move and settle in each other’s territories, thereby creating confusion: who is an Indian Nepali and who is a foreigner. The matter has been further complicated by the fact that the Darjeeling hills have been a part of the migratory space, lying at the crossroads of a number of kingdoms and principalities, to which various communities have migrated at different points of time.

The British encouraged migration to ‘wastelands’ to fulfil their mercantile aspirations. There has consequently been widespread Nepali migration to Northeast India as well as to the Darjeeling hills. The politics of the border, transcending cartographic exercises of the State, often ignored the social boundaries of the communities. Due to this, migration following the social boundaries continued transcending the politically imposed territorial traps. Of course, in the Darjeeling hills, the Indo-Nepal border treaty provided an unabated ‘ease’ to migrate.

Interestingly, the migrants settled in the Darjeeling hills devoid of land documents on account of the absence of cadastral survey. As a sequel to this occupancy-ownership controversy, Ghisingh filed a case in the Supreme Court, seeking clarifications on the legal status of Darjeeling hills as he saw the hills as ‘no man’s land’. However, it was rejected after the first hearing. As a sequel to it, the hill intelligentsia had been urging the Union of India to either modify the Indo-Nepal Treaty of Peace and Friendship 1950 or abrogate Article VII of the same treaty.

Land documents are an important proof of inhabitancy under the NRC. But the lack of legal patta (in spite of the recently initiated land survey, particularly in Mirik) in the Darjeeling hills may pose difficulties in ascertaining the cut-off date, adding to the anxiety of citizens anticipating the introduction of NRC in West Bengal. Under such a scenario, the region may emerge, once again, as a hotspot of protest and pose a challenge to the BJP, which has enjoyed continuous support in the hills.

Movement for political representation in Sikkim through the demand for tribal status encouraged the Nepalis of Darjeeling hills to make claims along similar lines. They argue that the demand is based on a ‘trinity’ consciousness — tribal status guarantees constitutional benefits; they, therefore, cannot be easily thrown out of their ‘land’ even though they lack legal documents; and, lastly, it paves the way for attaining the Sixth Schedule status, which is a formidable step towards full-fledged statehood. But this would require a reinterpretation of history. Ethnic groups in the Darjeeling hills are thus attempting to re-route their history, asserting their tribal ‘roots’ in Nepal. Symbolizing tribalism may necessitate a ‘distance’ from the Hindutva agenda pursued by the BJP.

The anxiety concerning uncertain citizenship in the Darjeeling hills throws open interesting dimensions of the intersectionality of language, religion and caste. The lack of land documents adds a further twist to it. Polarization in the name of a ‘sanitized’ citizenry has the potential of opening up a Pandora’s box in several regions.