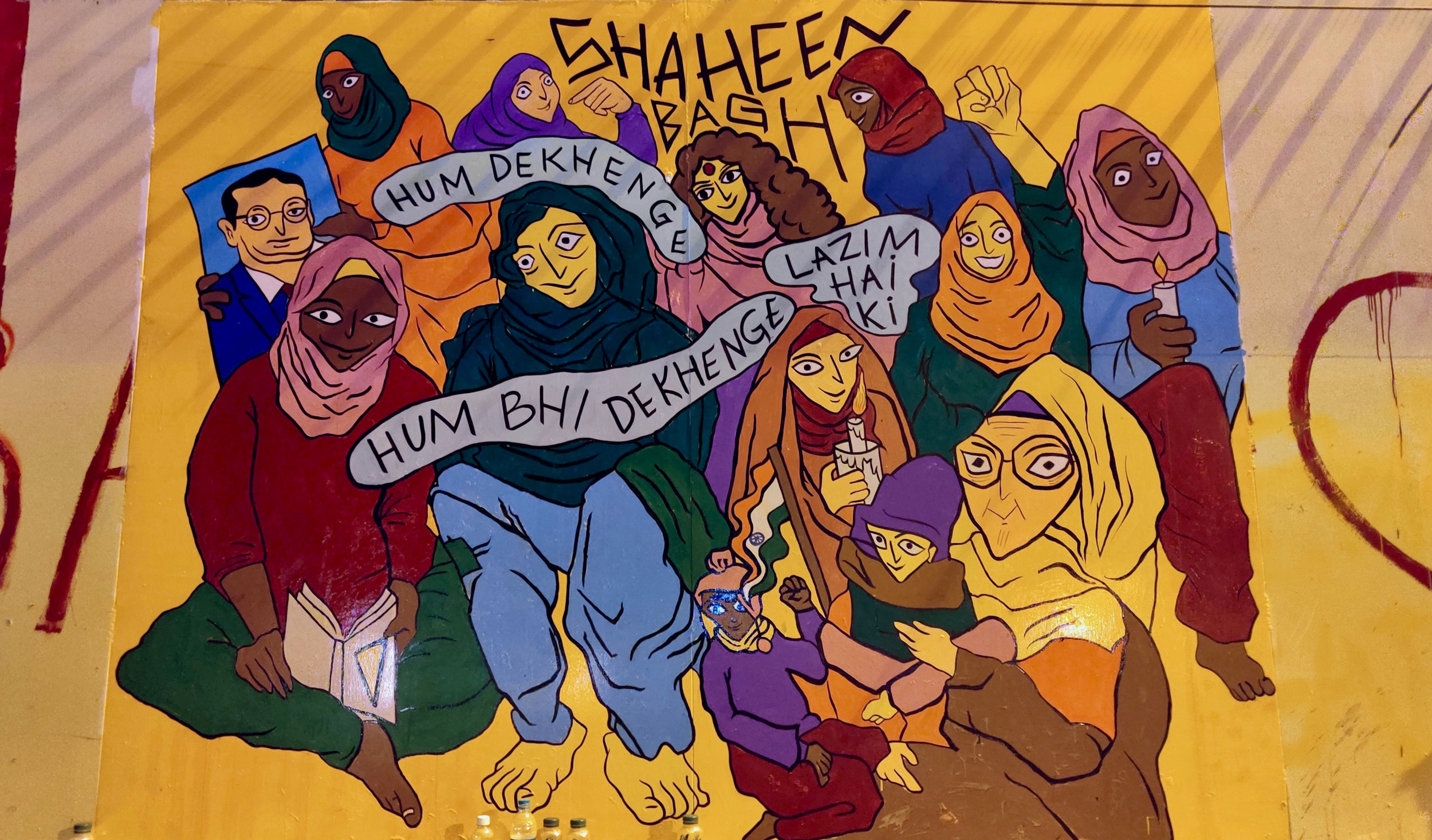 The agitation against the Citizenship (Amendment) Act has breathed new life into street art. This is significant since street art plays a vital role in making quick, powerful statements — both artistic and political.
Source: Abhishek Kumar/Instagram
The Telegraph   |   Published 29.01.20, 06:39 PM

Sir — If art is a reflection of life, the likeness is closest on the streets. Although India is not new to protest art — be it Gaganendranath Tagore’s satirical cartoons against the raj or the ‘swadeshi’ kollam in orange, white and green — the agitation against the Citizenship (Amendment) Act has breathed new life into street art. This is significant since street art plays a vital role in making quick, powerful statements — both artistic and political. Not only is it an inexpensive means to get the message across, but it also brings art out of the sanitized white cube of the gallery and into the open for the public.

Sir — Is it not strange that the Supreme Court has now reinstated in service a former woman employee who had levelled allegations of sexual misconduct against the former Chief Justice of India, Ranjan Gogoi (“Ex-CJI accuser reinstated”, Jan 23)? What makes this even more peculiar is the fact that the in-house panel investigating the matter, headed by S.A. Bobde — who is now the Chief Justice of India — had once found “no substance” in the sexual harassment claims. Questions were even raised about the functioning of the panel when the complainant issued a press statement last year announcing her withdrawal from the in-house inquiry proceedings for not being permitted to have her lawyer with her during the proceedings. Further, the report of the panel was kept confidential.

Given the sudden turnaround in events, it is but natural for the people to demand that the report be made public. Since the Supreme Court has allowed the employee to join work and cleared her arrears, can it be presumed that nothing substantive could be proved against her? If that is the case, then the credibility of some important members of the judiciary will suffer a serious setback.

More important, if indeed the report of the panel is questionable, charges should be brought against the former chief justice for linking what would have been an act of personal misdemeanour with the reputation of the judiciary. Being a judge and representing the judiciary are not the same thing. Moreover, judges should not be entitled to special treatment, irrespective of the post they hold.

Sir — The surplus of attention on the reinstatement of the female Supreme Court employee could be counterproductive for victims of sexual harassment everywhere. It could deter other employers from taking back employees who were falsely implicated.

The focus should rather be on Ranjan Gogoi and the lack of a transparent investigation into the allegations of sexual harassment that were levelled against him. One hopes that if a formal inquiry takes place on Gogoi, it will look at the case from all angles, including that of mental harassment and the abuse of power.

People from all age groups now prefer emails over written letters given that the former reaches its recipient within seconds.
(Shutterstock)

Sir — In this digital age, handwritten letters are increasingly becoming an anachronism. People from all age groups now prefer emails over written letters given that the former reaches its recipient within seconds. The postal department should thus be praised for organizing a letter-writing contest to mark M.K. Gandhi’s 150th birth anniversary (“Letters invoke Bapu ideals”, Jan 23). One hopes that this initiative will encourage more people to write letters on paper. The department should organize more such letter-writing contests in order to revive the handwritten letter.

Sir — Nostalgia can be fatal for the environment. Most items that invoke nostalgia are relics from a past when environmental concerns were not given much importance. The handwritten letter is one such thing; writing letters on paper seems wasteful when one considers how many trees are cut down to make good quality letter-paper or card stock.

Sir — The editorial, “Common ailment” (Jan 22), rightly underlined the flaws in the focus of India’s health policies. A hike in the health budget, good hygiene, safe drinking water and fighting malnutrition should be the priorities of the health sector policies and spending. Addition infrastructural developments in the primary healthcare sector are a must if India’s disease burden is to be reduced.