Notes on change in India

Protecting the Constitution is admirable; but would not rooting citizenship in work and advocating for the Directive Principles of State Policy to become rights be worthier contributions? 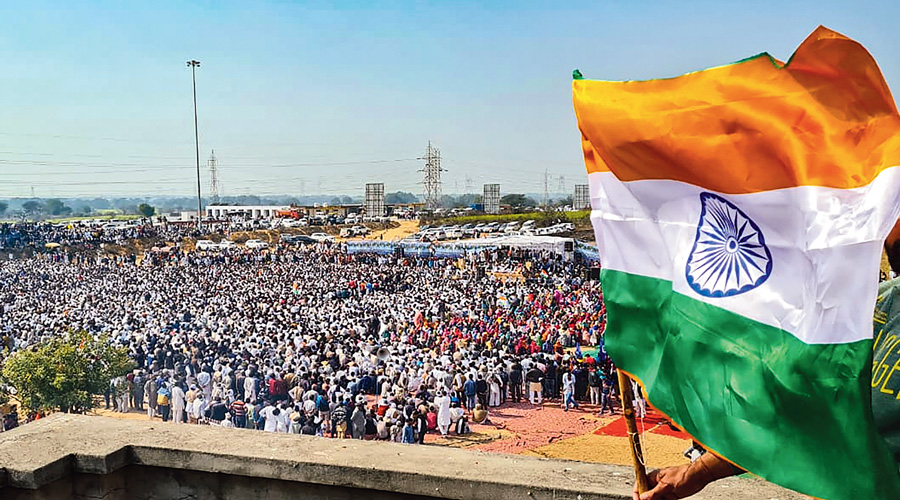 In spite of the dread of a tiny virus, 2020 ended on notes of celebration. A large and significant section celebrated the iron fist that did away with an autonomous Kashmir, corrected the imbalance in citizenship, countered the Chinese, resurrected a glorious Ram mandir, destroyed liberal thought, promised to double farmers’ incomes and is crusading against the anti-national, the undisciplined Dalit, women and Muslims.

Another section celebrated the resistance to all these. This was reflected in small and large gatherings of students, workers, farmers, women, nurses, doctors, teachers, lawyers, engineers and the displaced, the disabled and the unemployed. The smallest but most significant section celebrated their net worth zooming up by 35 per cent at a time the national GDP contracted by 23 per cent.

All the celebrations were about ‘change’, but what was the change? The change sought by the iron-fisted and the tight-fisted is explicit enough: the former moving towards an international market with a domestic Brahminical order; the latter seeks to acquire wealth. But what change did the resisters imagine?

The protests in Jammu and Kashmir that lingered on from 2019 demanded the restoration of Article 370 and 35(A) and the rights that the citizens of Jammu, Kashmir, and Ladakh possessed before the state was split into two. The other protest that spilled over into 2020 demanded the scrapping of the CAA and the NRC. Early in 2020, protests erupted in university campuses against fee hikes, the New Education Policy, repression and, later, against the UGC guidelines. The lockdown put an end to demonstrations but it could not stop the migrant workers from registering their dissent.

The year triggered off three different movements that are likely to set the agenda for 2021. Firstly, changes in labour laws spurred protests, culminating in a general strike in November demanding cash transfers, rations, employment, tenure, pensions, and withdrawal of the laws. Then the farmers began their agitation; they remain outside Delhi demanding the repealing of three farm laws. Thirdly, anti-rape, anti-molestation, and anti-patriarchy stirrings have grown in spite of the ‘love jihad’ laws.

All these resistances as well as the stirrings of the subaltern castes have a common theme: returning to an earlier state of affairs. Perhaps we need to go back to earlier ideologies and rework an imagination of a better society. If we accept that we live in a rampaging capitalist society, then we may also see that the three forces that drive capitalism are the perpetual search for profit, an antagonism towards productive and reproductive labour and ceaseless extraction of nature. Resistance, therefore, may reflect on Gandhi’s talisman to understand how these forces can be countered.

Protecting the Constitution is admirable; but would not rooting citizenship in work and advocating for the Directive Principles of State Policy to become rights be worthier contributions? If a living wage — proposed in 1948, agreed to in 1957, and legally affirmed in 1961 and 1991 — were fought for with determination, would it not signal a huge step for all labour — including women’s hidden labour — against capital while challenging profit? If living wage and environmental costs were introduced into the MSP calculations, could it spur the imagination of agricultural workers to reclaim the value of their labour while also steering the way towards crops that restore nature’s health? Where does the counter to hate lie except in the affection for and passion of collective work and living that Tagore celebrated?