No lessons learnt from pandemic

HINTERLAND: Modi-Shah juggernaut good at electioneering, but a dud while dealing with societal crises 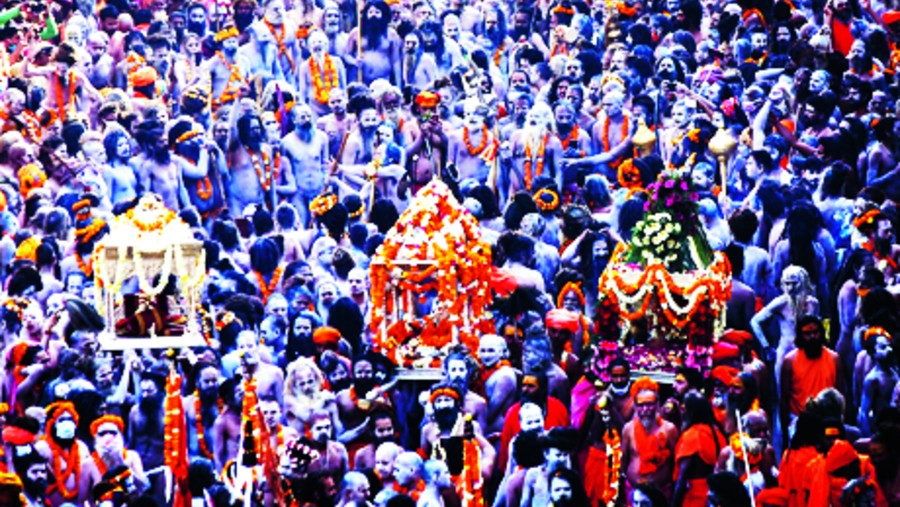 The board outside a private hospital in Nagpur reads: No beds. It’s mid-April and the devastating second wave of Covid-19 has fast engulfed my hometown of Nagpur, nay Maharashtra, with desperate pleas for hospital beds, oxygen, and emergency use medicines getting shriller and shriller. No one knows how long this wave will last and the number of lives it will claim. That’s my town — fearful, precarious and edgy.

The situation in most cities across India is no different. The daily log of cases is a horrible two lakh-plus, a third of them from Maharashtra alone. Reports suggest, while it evaded the countryside in the first wave, the virus is now ravaging the villages and people are unable to access medicines or hospitals. The summer of 2021 does not bode well.

The only solace is that the Maha Vikas Aghadi government isn’t at least lying about the numbers, although the data from Maharashtra would undergo correction upwards when that exercise happens. But elsewhere, in most states, particularly in the cow belt, things don’t look good. In most districts there’s no Covid hospital or if there’s one, it is without oxygen or Covid specialists. Covid data and ground reality there are poles apart according to most reports. It’s not the numbers alone that are bewildering, what’s also scary is the stupidity and mismanagement at micro and macro levels.

Take, for instance, the vaccination drive: in the ‘Tika Utsav’ of four days in the midst of this mess, India actually saw a reduction in vaccines administered, and non-BJP states sparred with the Centre over shortage of vaccines. In rural areas, the vaccine drive is yet to take off. We are witnessing another wave of reverse migration: migrants in big cities desperate to board trains or buses to return home.

Lying does not help. Brazening it out either, particularly by the State. You can put up tin sheds to block the view as one state did but can’t douse the reality of pyres burning non-stop in crematoriums.

How did we reach here — where the situation got out of our hands?

For one, the Centre and the states failed to prepare for the fresh wave in spite of warnings from the scientific fraternity. But, at the root of the problem is the callous, unconscionable behaviour by institutions, the executive, political establishment, the citizens — all of us.

For another, the Narendra Modi-Amit Shah juggernaut, good at electioneering, is proving to be a dud when it comes to dealing with financial, health, and societal crises. That rhetorical boast — ‘Apda mein avsar’ — is what it was meant to be, a mere chicanery wrapped in hollow deeds. Good at coining slogans, the Centre is nowhere near imagining and delivering robust policies that could heal or heed in time.

For example, was there a need to hold a Kumbh Mela in Haridwar this time around? If the people, the religious heads, and Uttarakhand failed to call it off, the Centre should have stepped in. It didn’t. When the pilgrims return home, in the hinterland and heartlands, we will most definitely see a spurt in Covid-cases, while the state health apparatuses are already overwhelmed by the current caseload.

Another issue is that major exams got postponed, rightly so, but elections that could actually become superspreader events, are being continued. By the time results from the five assembly elections come on May 2, India would have lost hundreds of voters and thousands will be sick, to put it bluntly.

The pandemic did not unite us or make us any wiser.