Advertisement
Home / Opinion / Rafale debate: A performance of 'Hamlet', but without the prince

The missing prince, of course, was Anil Ambani 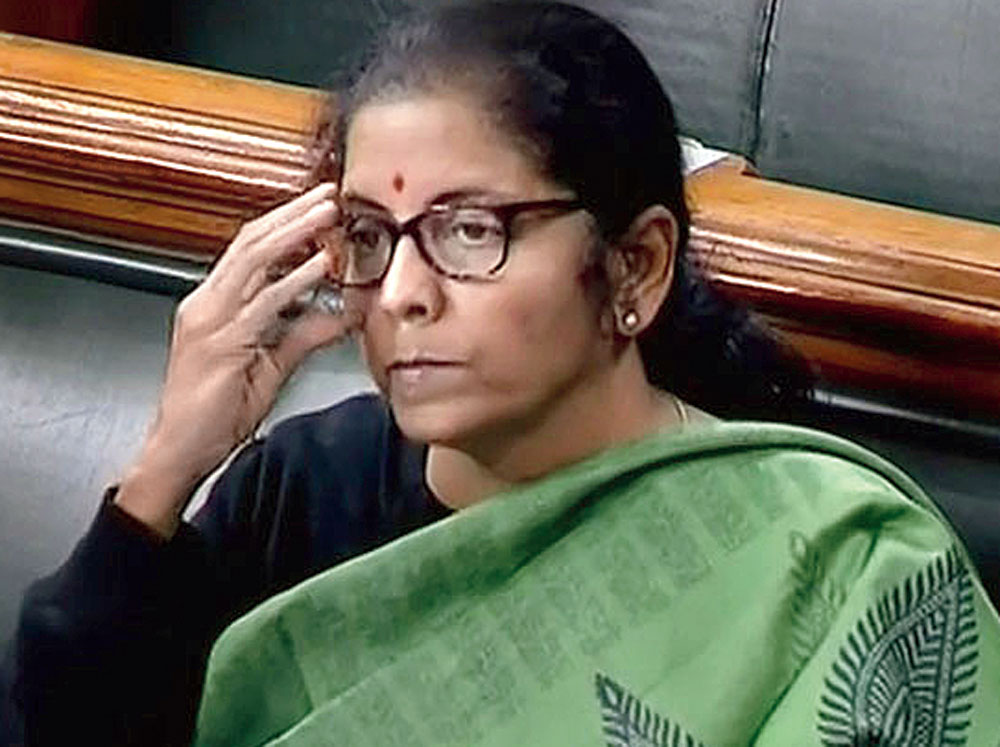 In her 150-minute reply to the Rafale debate in parliament last Friday, defence minister Nirmala Sitharaman was feisty, articulate, and combative, but the government’s braggadocio may be a little premature
(PTI)
Manini Chatterjee   |   Published 07.01.19, 03:26 AM

The 150-minute reply to the Rafale debate given by the Union defence minister, Nirmala Sitharaman, in the Lok Sabha last Friday came in for much praise from her party colleagues. Labelling it a “must watch”, the prime minister tweeted that the speech “demolishes the campaign of calumny on Rafale”. Echoing him, the Bharatiya Janata Party president, Amit Shah, said, “defence minister [Sitharamanji] has completely demolished Congress party’s lies and misinformation campaign on Rafale with her excellent speech loaded with facts. I congratulate her for bringing the truth to the nation.” And finance minister, Arun Jaitley, congratulated her for “an outstanding performance”.

The praise was understandable. Armed with the Supreme Court’s “clean chit” on the Rafale deal, Sitharaman was feisty, articulate, and combative — providing, in her words, a “point by point” rebuttal to the Opposition’s allegations of irregularities in the Modi government’s decision to buy 36 fighter jets from France in place of the 126-jet deal that had been negotiated earlier by the United Progressive Alliance government.

And yet, in the end, her “performance” — for all the drama and the details she offered — was akin to watching Hamlet, without the prince. The missing prince, of course, was Anil Ambani.

One of the central mysteries of the Rafale deal revolves around the exit of the public sector company, Hindustan Aeronautics Limited, and the entry of Anil Ambani’s company as the major offsets partner of Dassault Aviation — the manufacturer of the fighter jets.

It has been easy for the government to obfuscate the issue because lay people like you and me have a very limited understanding of the complexities of a defence deal.

That there is no “middleman” in the Rafale deal, as was the case in Bofors, gives more ballast to the government’s assertion that it is a clean deal.

The truth is more complex. The Opposition has alleged that the prime minister changed the terms of the deal in a way that would benefit Anil Ambani. The concept of “offsets” was introduced in 2005 for defence deals. It basically means that the foreign supplier of equipment — referred to as original equipment manufacturer /vendor — must manufacture a given percentage of his product (in terms of value) in the buying country. In order to do so, it has to choose offsets partners in that country. Since the new Rafale deal is worth Rs 59,000 crores, the chosen offsets partner in India stand to gain thousands of crores.

Under the old deal being negotiated by the UPA, India was to buy 18 jets in a “fly-away” condition and the remaining 108 were to be manufactured by Dassault in partnership with HAL in India. But Narendra Modi, during his visit to France in April 2015, took everyone by surprise by announcing a new deal — India would buy 36 planes in a “fly-away” condition and that was it. Instead of manufacturing in India, Dassault would choose new partners to fulfil its offsets obligations. And the surprise choice of Dassault — soon after the prime minister’s announcement in Paris — was Anil Ambani’s fledgling company that had no experience in defence manufacturing whatsoever.

The Opposition’s charge that the Indian government had nudged France to shower Anil Ambani with such largesse gained a big fillip in September 2018 when the former French president, François Hollande, told a Paris-based website, “We didn’t have a say on the subject. It was the Indian government which had proposed this service group [Reliance] and Dassault which negotiated with Ambani. We did not have the choice.”

The government has steadfastly refuted the charge. Its defence rests on two claims. First, that the earlier deal was scrapped because Dassault and HAL could not reach an agreement. Second, the government had no role to play in Dassault’s choice of offsets partners. The formation of the joint venture firm — Dassault Reliance Aerospace Limited — was a commercial agreement between two private firms and the government had nothing to do with it.

One reason why Nirmala Sitharaman and Arun Jaitley were so combative in Parliament last week is that a three-judge Supreme Court bench, headed by the Chief Justice of India, Ranjan Gogoi, in its December 14 verdict, accepted all the claims made by the government. Since the apex court had pronounced that there was no wrong doing, the government had reasons to be dismissive of the Opposition. Mired in corruption, the Congress party was trying to tarnish the squeaky clean Modi regime in vain, the two ministers said.

But the government’s braggadocio may be a little premature. While allegations by the Congress can be dismissed as political mud-slinging, the same cannot be said of the review petition filed by Messrs Yashwant Sinha, Arun Shourie and Prashant Bhushan. Sinha and Shourie have served as senior ministers in BJP regimes; Bhushan has been a crusader against corruption of all hues.

The trio had filed a petition before the Supreme Court seeking directions to the Central Bureau of Investigation to register an FIR on the complaint they had made against the Rafale deal under the Prevention of Corruption Act. Last week, they moved another petition seeking a review of the Supreme Court’s December 14 verdict.

The cogently argued petition amasses a plethora of facts to counter the government’s claims before the apex court and throws a great deal of light on the Anil Ambani factor.

On the latter, it notes: “The impugned judgement errs in not at all considering that Reliance Aerostructure Ltd (RAL) (beneficiary of the offset contract) was ineligible to be chosen as an offset partner.” According to the guidelines, Indian enterprises, institutions and establishments engaged in the manufacture of eligible products and/or eligible services including the Defence Research and Development Organization, are referred to as the Indian Offset Partner. But annual statements of RAL’s parent company, Reliance Infrastructure Limited, shows that it was not engaged in the manufacture of eligible products or services, the petition notes.

More significantly, it points out that the defence minister must approve an offsets partner (and so the government cannot claim it had no say or knowledge in the matter.) It notes: “While Dassault may have had the option of choosing the offset partner, the offset partner was required to be approved by the Raksha Mantri. The judgement relies on the government’s averment that details of Indian Offset Partner were not made available to it by Dassault. This averment in a note that has misled the Hon’ble Court on various other counts, even if true, would require an investigation by CBI as to how when Dassault failed to disclose the Indian Offset Partner as required in its Commercial Offset Proposal, did the Raksha Mantri approve the Commercial Offset Proposal and whether such approval was malafide.”

Apart from Hollande’s interview, the petition cites other evidence — such as internal papers from Dassault’s trade unions — that said agreeing to a joint venture with Anil Ambani’s company was “imperative and mandatory” for Dassault and a “trade off” to secure the contract of 36 fighter jets.

It concludes that “[a]ll these facts together prima facie cast a doubt on the selection of Mr Ambani’s RAL as an offset partner and are required to be investigated by the CBI.”

The Supreme Court may or may not recall its verdict on the basis of the petition. Nirmala Sitharaman’s boast that “Rafale will bring Modi back” may or may not come true. But regardless of what happens, the spectre of Anil Ambani over India’s biggest defence deal is not going to go away — and the less the government talks of him, the more will his shadow loom.