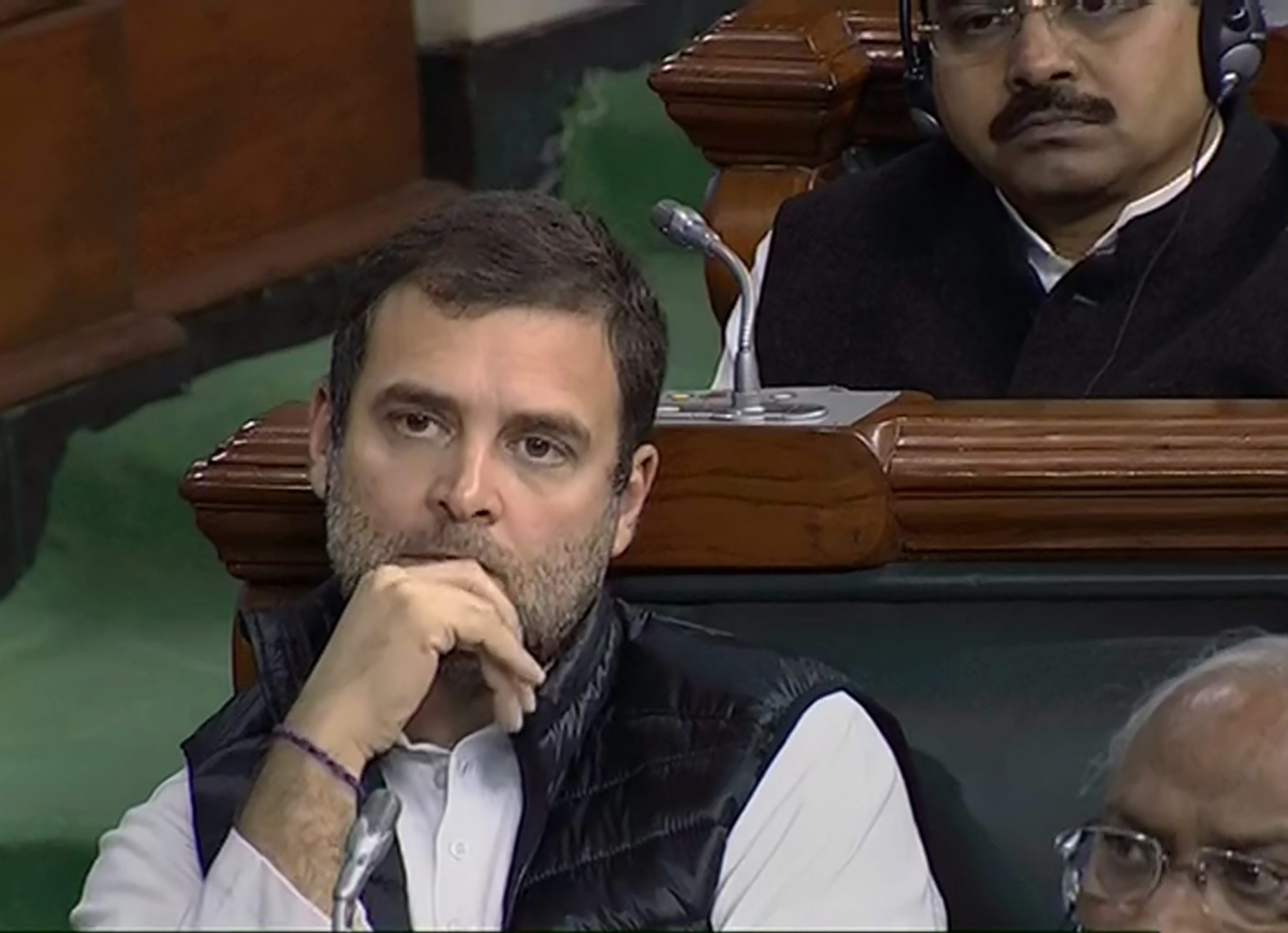 A full-blown Twitter duel erupted over the Rafale deal on Sunday after Congress chief Rahul Gandhi's post that defence minister Nirmala Sitharaman should present the Rs 1 lakh crore worth of orders given to HAL or resign.

It's a shame that the president of @INCIndia is misleading the nation.

Will @RahulGandhi apologise to the country from the floor of the house? pic.twitter.com/KIQsWikByG

Sitharaman's strike-back an hour later seemed to suggest that Rahul had jumped the gun while making charges against her, basing it on media reports.

Raksha Mantri, the official defence ministry Twitter handle, had photos of two sheets of paper that had lists of aircraft orders, purportedly made to HAL. Accompanying these photos was a tweet: 'It's a shame that the president of @INCIndia is misleading the nation. HAL has signed contracts worth Rs 26570.8 Cr (Between 2014 and 2018) and contracts worth Rs 73000 Cr are in the pipeline. Will @RahulGandhi apologise to the country from the floor of the house?'

Sitharaman's office tweeted that Rahul should 'start from ABCs' and read the complete news reports before commenting on it.

The Congress chief's attack came after a media report claimed that 'not a single rupee of the said Rs 1 lakh crore has come to HAL, since not a single order, as claimed, has been signed till now'. The media report cited senior HAL management officials in order to back its claim.

There was another report that said HAL was forced to borrow money to pay salaries to its employees.

Sitharaman, from her own Twitter handle, also put out another tweet to suggest that she had never told the Lok Sabha that the deals had been signed.

Please read the complete report in ⁦@timesofindia⁩ to which you ( ⁦@RahulGandhi⁩ )are referring: “However, as the LS record shows, Sitharaman did not claim the orders were signed, saying they were in the works.” | India News - Times of India https://t.co/2v6MAZ2t3o

When you tell one lie, you need to keep spinning out more lies, to cover up the first one.

In her eagerness to defend the PM's Rafale lie, the RM lied to Parliament.

The Congress has been targeting the government, alleging that it denied HAL an offset contract under the Rafale fighter jet deal with France, a charge the government has denied.

As a counter to this line, Sitharaman repeatedly told the Lok Sabha on Friday that after doing nothing much for HAL when the party was in power, the Congress was now shedding 'crocodile tears'.

'Nirmala Sitharaman and Arun Jaitley had placed all facts related to the country's security in Parliament. They replied to each and every word of lies with facts and figures. After many years, Parliament witnessed such a detailed response of the government,' he said, referring to last week's debate on Rafale fighter aircraft deal in Lok Sabha.

Tearing into the Opposition parties, Modi said there were only two political teams in the country, the NDA led by the BJP and the other a 'jamghat' (motley group) of dynasts.

While the BJP's mantra was 'na khaunga, na khane doonga', the mantra of others was to loot in the name of every scheme, he said.

'We are the ones who protect each and every paisa of the country's money,' the Prime Minister said.

'We are not connected with the reason of furthering a dynasty, nor are we drawn by the temptation to make money. In BJP, our karyakartas are our family and they are our fortune. And they work for Indias fortune,' he said.