A nation for Haves 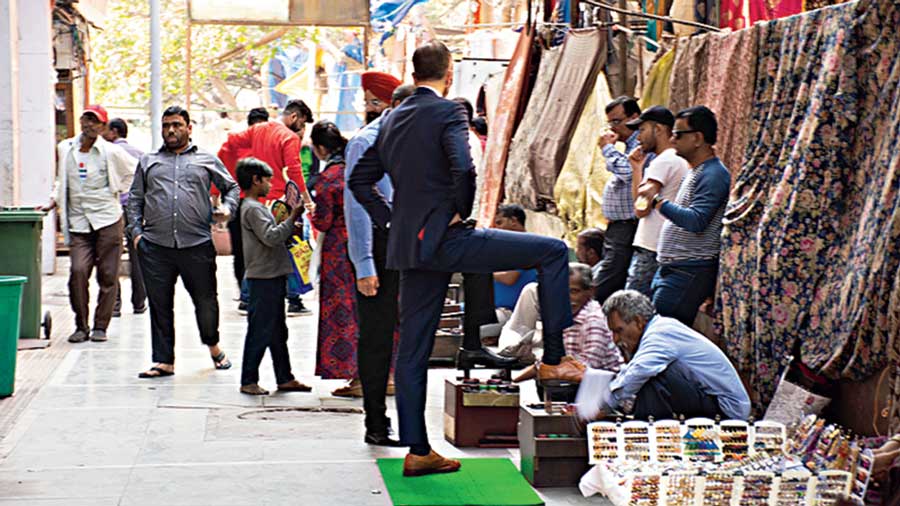 After a decade-long pursuit of billions of dollars in taxes arising from the transfer of Indian assets through the route of offshore companies, the Narendra Modi government, in an astonishing U-turn, has relinquished the tax claims and agreed to refund millions of dollars in capital gains tax. Prime Minister Modi has hailed his measure as a testament to his commitment of providing a ‘stable policy framework’.

As recently as May 23, 2021, the government had called the transactions of Cairn Energy an ‘abusive tax avoidance scheme’ and a classic case of ‘double non-taxation’. Cairn Energy was one of the 17 offshore indirect transfer cases, which India wanted to tax. OIT was an egregious technique used by certain multinationals to avoid paying CGT in India where their real assets like oil and gas fields or mines and mineral or telecom licences are located. On top of these real assets, the multinationals had created layers of holding companies (called letter-box or shell companies) incorporated in tax havens like the Cayman Islands, Mauritius or British Virgin Islands. So when the time came to realize capital gains, instead of directly selling their assets, these multinationals transferred the shares of holding companies to buying companies that were also similarly registered in tax-friendly jurisdictions. Hence capital gains were booked in tax havens that did not tax them at all.

The Income Tax Act 1961, designed for a pre-liberalization-era Indian economy, did not anticipate this kind of OITs. Hence, there was no explicit provision to tax them. A purposive reading of the Income Tax Act could have still allowed India to tax OITs. Unfortunately, the Supreme Court of India opted for a textual interpretation and quashed the CGT demand in the Vodafone International Holding B.V. v Union of India case in 2012. The Bombay High Court had earlier upheld India’s jurisdiction to tax the Vodafone-Hutchison transaction.

In 2012, a weak and discredited UPA II, hobbling under the weight of multiple scams and charges of misgovernance, tried to plug the misuse of statutory ambiguity by introducing an amendment in the Income Tax Act. Under the amendment, the gains arising from the sale of shares of a foreign company were taxable only if it derived substantial value from the assets located in India.

But the Bharatiya Janata Party, then in Opposition, and a majority of the mainstream media built a narrative that the United Progressive Alliance was trying to tax multinationals ‘retrospectively’, which was unfair and capricious. They did not care to ask whether the tax was discriminatory or whether it led to double taxation. Or should multinationals not pay their due share of taxes in a jurisdiction from where they derived their economic gains? It was instead projected as yet another example of the UPA’s lack of ability to govern; it didn’t help its cause by speaking in different tones. The BJP promised to repeal the provision after coming to power. But once in power, the Modi 1.0 government persisted with the CGT demands and spent millions of dollars in defending disputes before international arbitral tribunals. Therefore, the question arises how a deplorable tax avoidance scheme became a legitimate public policy for the Modi 2.0 government in a matter of a few weeks.

The government’s volte-face is consistent with its overall fiscal policies fuelling hyper-capitalism and jaw-dropping income and wealth disparities. In September 2019, the government slashed the base corporate tax rate by roughly 10 per cent. This has reduced corporate tax collections by approximately Rs 1.5 lakh crore annually. In the April-September 2020 period, corporate tax collections had dropped by almost 40 per cent year-on-year. In the financial year, 2020-21, corporate tax receipts fell by 18 per cent. The 2019-20 Economic Survey shows that Modi’s ‘historic’ tax rate cut has only benefitted the top 1 per cent of the corporate world. It says that corporate rate cut led to a gain of 3.2 per cent-13.5 per cent of the existing tax liability for small and medium companies, while large companies benefitted by about 18.5 per cent-27.3 per cent of their tax liability.

Under Modi, India is becoming one of the most inequitable countries in the world. The fortune of India’s 100 billionaires increased by Rs 12,97,822 crore since March 2020, enough to give every one of the 138 million poorest Indian people a cheque for Rs 94,045 each, according to Oxfam’s The Inequality Virus report. Seventy-three per cent of the wealth generated in 2017 went to the richest 1 per cent, while 67 million Indians, who comprise the poorest half of the population, saw only a 1 per cent increase in their wealth.

Besides making the rich richer, Modi’s tax policies are also depriving the poor of the income support they desperately need to overcome the loss of earnings caused by the pandemic. The government has not provided any substantial direct financial relief, such as cash transfers, to the poor. This is partly because this government doesn’t have the money and partly because it believes in ‘growing the pie’, $5 trillion and beyond, rather than distributing it equitably.

To make up for the steep fall in corporate tax collection (a 7.7 per cent decline in total revenue receipts in 2020-21), the government has gone on a borrowing spree. As a result, its debt-to-GDP ratio is expected to go up to 61.7 per cent in FY22 from 60.5 per cent a year ago, a 16-year-high, raising the spectre of sovereign credit rating downgrade. In many of the 17 OIT cases, the government had already collected millions of dollars in CGT. That will now have to be refunded, further bleeding the exchequer.

In contrast to Modi’s inequitable fiscal policies, the president of the United States of America, Joe Biden, is rolling back many of the corporate tax rate cuts in the 2017 tax law passed by the former president, Donald Trump. Companies in the US could end up collectively paying hundreds of billions of dollars more in taxes in the coming years. Biden has also managed to make 130 countries agree on levying a global minimum tax rate of at least 15 per cent, which would prevent large corporations from evading taxes. Biden sees tax justice as an important means of making the global economy more equitable for workers and middle-class families around the world.

In essence, the 2012 income tax amendment brought in by UPA II was aimed at curbing the double non-taxation of capital gains. For instance, the oil major, Cairn Energy, made a capital gain of US $5.5 billion but didn’t pay any taxes on its gains in any tax jurisdiction, neither in India where it carried out economic activity nor in the United Kingdom where it was headquartered. Therefore, for the Modi government to legitimize a corporate tax avoidance instrument like the OIT as a ‘stable policy framework’ shows it has no comprehension of the construct of tax equity or fiscal justice.

Besides cutting down the corporate tax rate, the Modi government had also abolished wealth tax in 2015. To make matters worse, India also doesn’t impose any inheritance tax on its super-rich. Inheritances are taxed at 40 per cent in the US and the UK, at 50 per cent in South Korea, and an average of 15 per cent across the members of the Organisation for Economic Co-operation and Development. Recently, the family of the chairman of Samsung Electronics was asked to pay more than $10.78 billion in inheritance taxes. Even the OECD, in a 2018 report, conceded that “there is a strong case for addressing wealth inequality through the tax system” and has recommended significant, broad-based taxes on capital gains, coupled with similarly efficient levies on transfers of wealth through gifts and inheritance.

The question is why a poor country like India does not levy tax on inheritance and wealth?

When governments lose tax revenues on such an enormous scale and the ultra-rich walk away without paying their due share of taxes, it is the poor who suffer. India is producing, on an average, 70 millionaires every day even as 22 per cent of Indians live on less than $1.25 a day. Of India’s children under the age of five, 35.7 per cent are underweight; 38.4 per cent of all children under five are stunted. Without redistributive fiscal policies, these children will never be able to escape the poverty trap.

In the seven years of his rule, Modi has not once touched upon the issue of inequality. In his Independence Day speech in 2019, Modi said, “Let us never see wealth creators with suspicion. Only when wealth is created, wealth will be distributed.” But if the wealthy are not taxed enough, how will the wealth get distributed?