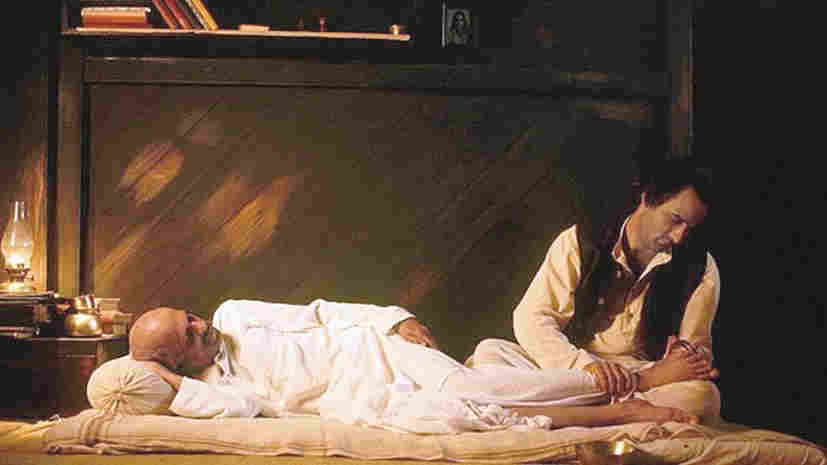 Can ancient mythology help us gain a clearer insight into human relationships? I would like to use the frame of Indian mythology — specifically, its unique treatment of vice — to understand the contentious relationship between Gandhiji and his eldest son, Harilal.

The strained, hostile relationship between Gandhiji and Harilal was the cause of much pain and suffering for both the parents and the son. While some people justified the father’s actions, others sympathized with the son. These two versions run almost parallel with no sign of convergence. Given the inevitable dead end, we need to explore other avenues that can shed new light on this relationship.

It is possible to understand Harilal’s hostility towards his father even if one does not condone his behaviour or life choices. As a young man, Harilal had tried to follow his father’s ideals with sincere dedication, winning the appreciation of many. So his father’s subsequent declaration that he was born in sin as a result of carnal desires is not correct. The causal explanation by inference by the first person, namely M.K. Gandhi, does not seem

justified in light of Harilal’s supportive behaviour in the earlier years. I would, therefore, like to take Harilal’s action out of this theological explanation. This brings us to the well-known scholarship issue that seems to have created an irreversible misunderstanding between father and son. The disagreement, however, is not the result of a simple confrontation between the two. The discord has an underlying complexity that is not so natural. Let me explain.

Traditionally, a father is expected to work for the family, especially to build a secure future for the children, helping them in their education and career and seeking out opportunities to improve their lot in life. At least this is how Harilal seems to have understood the paternal role. However, his father, while very much remaining a member of the family, was increasingly preoccupied with his commitments outside of the home. Gandhiji’s deep involvement in social reform and the freedom movement demanded all of his time and energy and intensive levels of personal sacrifice not only from himself but also his family members. This led to the complete unravelling of conventional family ties.

As the father, Gandhiji could perhaps have explained to his son the conflict or mismatch between a conventional family structure and the commitment required of him in his chosen path as a political and spiritual leader. Such clarity could have provided his son with some comfort. This would have brought a lot of clarity to his son. Or, perhaps, like the Buddha, Gandhiji too could have distanced himself from his family. However, he decided to enjoy the benefits of remaining within the family fold while, at the same time, not sufficiently explaining the unusual situation or trying to ease matters for his son. Harilal, too, did not understand the complexity at work in those unprecedented times. The ensuing confusion sowed the seed of estrangement between father and son, a rift that caused immense suffering and anguish on both sides.

In order to understand this father-son relationship better, we need to approach it not at the level of reality but as an abstract concept, phenomenologically bracketing it with the pain and suffering of their actual situation. This will allow us to neutralize the emotional aspects and explore the structural elements. Elevating the relationship to a higher level will also save it from being sullied further. Next, we will need to build a scaffolding, which will require a significant relocation of positions in the relationship. For instance, if we replace son and father with teacher and student, respectively, teaching and learning can substitute the pain and suffering associated with the actual relationship.

We can now use the frame of Indian mythology for a new perspective on human frailties. Vice, in ancient Indian mythology, is regarded as transitory, not absolute, and is subsumed under leela (or divine play), usually through the use of a curse. A good person inadvertently commits an offence, incurring the wrath of a sage who curses him. This kick-starts a long chain of events culminating in the release of the curse.

Jaya and Vijaya, the dwarapalakas or gatekeepers of Lord Vishnu, were cursed by sages to be born as mortals on earth. When faced with the option to be in exile for seven births as devotees of Vishnu, or three births as the Lord’s enemy, they decided on the latter. In order to shorten the duration of separation from their beloved Lord, they chose to be born as enemies of Lord Vishnu in three yugas — as Hiranyaksha and Hiranya Kashyap in Krita Yuga; Ravana and Kumbhakarna in Treta Yuga; and Shishupala and Dantavakra in Dwapara Yuga. All three yugas are governed by this cosmic leela in which Jaya and Vijaya fulfil their roles by being aggressive adversaries of their beloved Lord.

Drawing a parallel with this mythological tale, we can see father and son in a new light, performing different roles. In this transformed relationship, Harilal is the accursed devotee, challenging his father. In this context, it will be interesting to pose a counterfactual: what if Harilal had not been what he was — the deeply troubled, estranged son — in the life of Gandhi? My aim here is not to eulogize but to gain a better understanding of this difficult relationship by elevating it to a different level.

The unique tales from our ancient mythology can thus help us explore alternative ways to deal with enmity and evil. More importantly, they can also provide clear insights into approaches that can be emulated and tell us what needs to be avoided.

The author teaches philosophy at the Indian Institute of Technology,Tirupati