When eleven young women from Bengal took on Gandhi 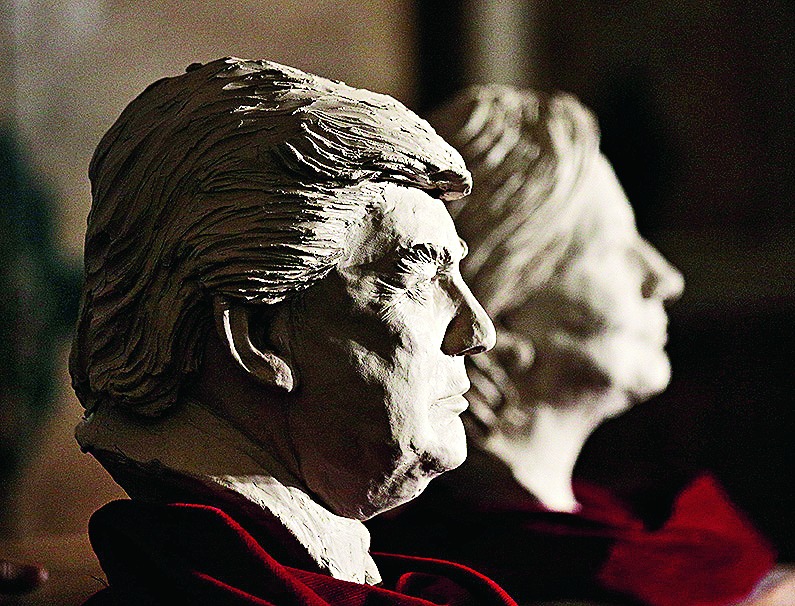 While working in the archives of the Sabarmati Ashram in Ahmedabad, I came across a fascinating letter to M.K. Gandhi sent by 11 young women of Calcutta. The letter was undated, but it appeared to have been written in January, 1939. It was addressed to "Most revered Mahatmaji", and was signed individually by the 11 women, all Hindus by their names. The letter was written in protest against an essay written by Gandhi for his journal, Harijan. Gandhi's article, said these women, was "not very inspiring", since it seemed to "put the whole slur upon the injured female who suffers most due to the malevolent social custom".

The letter (to whose arguments I shall presently return) intrigued me, so I set off to locate the original article by Gandhi that had so offended the young women of Bengal. Entitled "Students' Shame", it was published in Harijan's issue dated December 31, 1938. Here Gandhi responded to a letter written to him by a college girl in the Punjab, complaining about the teasing and harassment she and her companions experienced at the hands of prowling young men. "First of all," this young lady asked Gandhi, "tell me how, in the circumstances mentioned above, can girls apply the principle of ahimsa and save themselves. Secondly, what is the remedy for curing youth of the abominable habit of insulting womenfolk?"

Replying in the pages of Harijan, Gandhi recognized that such molestation by men was a "growing evil" in India. He recommended that "all such cases should be published in the newspapers. Names of the offenders should be published when they are traced." For "there is nothing like public opinion for castigating public misconduct." Indeed, he argued, "crime and vice generally require darkness for prowling. They disappear when light plays upon them."

While urging victims to name and shame those who harassed them, Gandhi also asked well-behaved men to chastise the deviants among their own flock. Young men, he said, should "as a class, be jealous of their reputation and deal with every case of impropriety occurring among their mates". Gandhi also accepted the need for young women themselves to "learn the art of ordinary self-defence and protect themselves from indecent behaviour of unchivalrous youth".

In between acknowledging the problem and offering solutions, Gandhi spoilt his case by launching an unprovoked attack on the dress code of the modern woman. For all the evil that males did, he remarked, "I have a fear that the modern girl loves to be Juliet to half a dozen Romeos. She loves adventure. My correspondent seems to represent the unusual type. The modern girl dresses not to protect herself from wind, rain and sun but to attract attention. She improves upon nature by painting herself and looking extraordinary. The non-violent way is not for such girls."

It was to this gratuitous advice, this patriarchal preconception of how women must dress, that the young women of Bengal responded. "Some may find modern girls' dresses and deportments a bit different than they wish them to be," said these women to Gandhi, "but to brand them as exhibitionistic generally is a positive insult to her sex as a whole. Strength of character and chaste behaviour are necessary not only for modern girls but for men as well. There may be a few girls playing Juliets to a dozen Romeos. But such cases presuppose the existence of half a dozen Romeos, moving around the streets in quest of a Juliet, thereby pointing out where the proper correction lies."

These eleven young women of Calcutta spiritedly defended the woman's right to dress as she chose. And they excoriated men for their voyeurism and their predatory instincts. They told Gandhi that his own unfortunate remarks "once again holds brief for that worn-out and un-becoming saying - 'woman is the gate of Hell'. And naturally clouds of doubt gather over the much-vaunted progress that man has made since the birth of that saying. A Gokhale, a Tilak, a Deshbandhu [C.R. Das] would have surely hesitated to come out with such an ungenerous statement as you have done. Woman has been called a boa-constrictor, but that is in a different land and by a different man. What befits a Bernard Shaw with his hands touching the ground and legs kicking the air does not befit a Mahatma."

This passionate, intensely felt letter send to Gandhi by these 11 young women of Bengal ended thus: "Lastly, from the foregoing remarks, it should never be concluded that modern girls have no respect for you. They hold you in as much respect as every mother's son does. To be hated or pitied is what they resent most. They are ready to amend their ways if they are really guilty. Their guilt, if any, must be conclusively proved before they are anathematized. In this respect they would neither desire to take shelter under the covering of 'ladies, please' nor they would silently stand and allow the judge to condemn them in his own way. Truth must be faced, the modern girl or Juliet as you have called her, has courage enough to face it."

Gandhi, ever ready to debate, printed large chunks of this letter in Harijan before setting out to respond to it. (He did, however, leave out the references to Gokhale, Bernard Shaw et al., as well as the even more telling sentence pointing out that to dress differently was not necessarily to be exhibitionist.) Having presented the arguments of his critics, he then, as was his wont, set out to respond. His tone was notably defensive; "my correspondents do not perhaps know," he remarked, "that I began service of India's women in South Africa more than forty years ago when perhaps none of them were born." He continued, "I hold myself to be incapable of writing anything derogatory to womanhood." His original article, he explained, "was written to expose students' shame, not to advertise the frailties of girls. But in giving the diagnosis of the disease, I was bound, if I was to prescribe the right remedy, to mention all the factors which induced the disease."

In conclusion, Gandhi invited his correspondents "to initiate a crusade against the rude behavior of students. God helps only those who help themselves. The girls must learn the art of protecting themselves against the ruffianly behaviour of man."

At this time, the first months of 1939, Gandhi was also engaged in a debate with a single Bengali male. This was Subhas Bose. That argument was about political questions, about who would control the Congress Party. Defying Gandhi, Bose stood for a second term as Congress president, and won. However, after Gandhi's acolytes, Vallabhbhai Patel and Govind Ballabh Pant, made it impossible for Bose to function effectively as president, he resigned.

The quarrel between Gandhi and Bose is extremely well known, and has featured in biographies of both men as well as many other works of history. On the other hand, this debate, occurring more or less at the same time, between Gandhi and eleven young women of Bengal is now more or less forgotten. That is a shame, for it flagged some vital issues that (sadly, even tragically) retain their relevance. Even now, in 2017, it is not uncommon for Indian patriarchs - Hindu, Muslim and Sikh - to demand that young women dress in particular ways, and to blame the woman when incidents of sexual harassment occur. Such is the situation in 2017; in 1939, of course, patriarchal mores were even more deeply entrenched. In confronting the greatest living Indian, in taking on and exposing a Mahatma's prejudices, those 11 young women of Bengal displayed an admirable independence of mind. And they were right too.

Postscript: I drafted this column in the last week of 2016. Early in the New Year, after the molestation of women in Bengaluru's M.G. Road area sparked widespread outrage, Karnataka's home minister claimed that the "Western dress" worn by the women was part of the problem. He had, to quote those brave Bengali ladies of 1939, thus "put the whole slur upon the injured female who suffers most due to the malevolent social custom". The home minister got roasted in social media and the press, but at the time of writing has not retracted or apologized for his statement. Eighty-eight years after Gandhi suggested that women were partly to blame for the injuries they suffer, Indian men are still abusing and molesting women, and Indian politicians are still apologizing for or defending them. The only (scarcely consolatory) difference is this: at least Gandhi recognized the problem, while the language he used was far less crude than that of the patriarchal politicians of today.