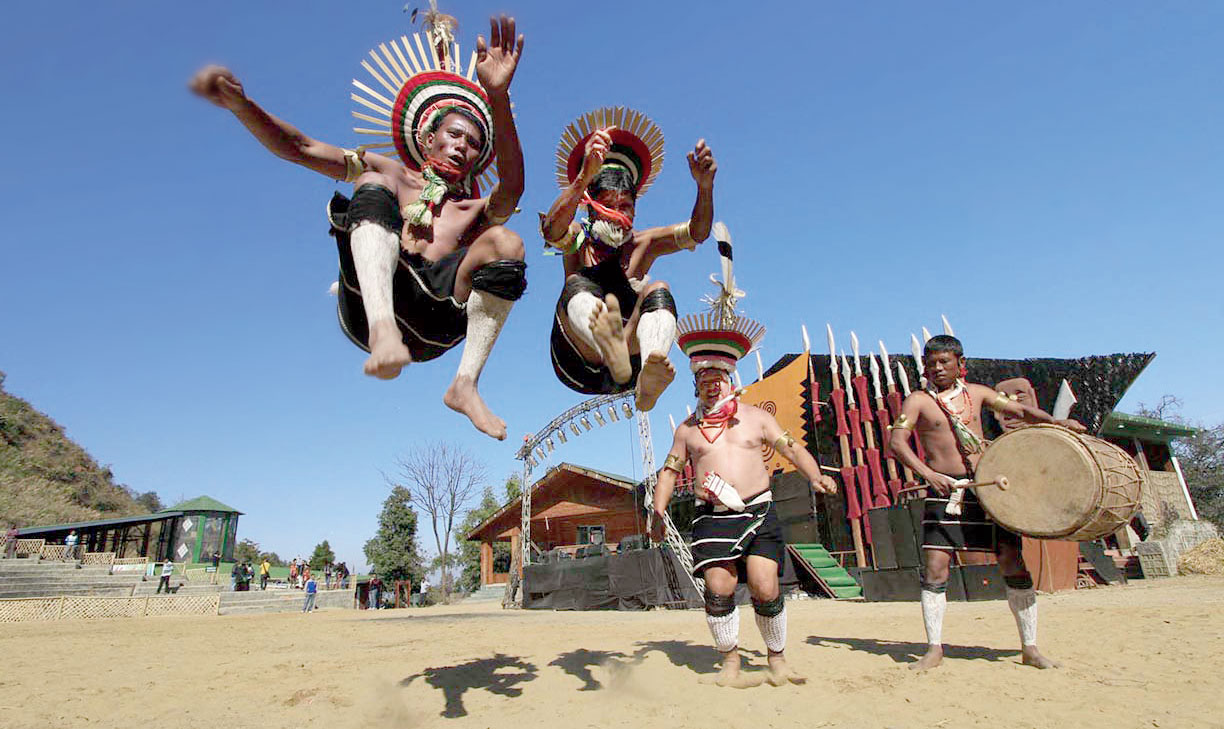 Sir — It was fascinating to learn of some of the lesser-known festivals in India (“There's more to celebrate than Dussehra, Durga Puja and Holi”, Oct 21). Two more, celebrated in the Northeast, can be added to the list: the Autumn festival and the Hornbill festival. The former is held in late October along the banks of Meghalaya’s beautiful Umiam Lake, while the latter is celebrated each year from December 1-10 in Nagaland. They revive the richness of the heritage and culture of these states. West Bengal is also a land of festivals, as it observes every possible occasion, indigenous as well as those celebrated elsewhere, with equal gusto.

Sir — The repeated attempts by Saudi Arabia to cover up the murder of the journalist, Jamal Khashoggi, inside its consulate in Turkey are despicable (“Saudis change story, Trump lowers pitch”, Oct 22). At a time when intolerant regimes are on the rise across the world and repression of critical views is becoming commonplace, it is all the more important for the international community to react strongly. It is entirely possible that the events leading up to Khashoggi’s assassination were recorded on CCTV cameras within the consulate. No evidence must be held back.

Even though several countries have expressed their intention to press the matter further, the president of the United States of America, Donald Trump, has recently remarked that the US would not suspend its upcoming arms deal with Saudi Arabia to leverage the demand of transparency. Owing to the fact that it has the second largest oil reserve in the world, Saudi Arabia has regularly enjoyed such political immunity. In this manner, it has been able to avoid sanctions against it from other countries.

Sir — The belated admission of Saudi Arabian authorities that the dissident journalist, Jamal Khashoggi, died in a fist fight inside its consulate while being restrained appears untenable in the light of the build-up around the incident over the past fortnight. Even though they have condemned the incident as a “grave mistake”, they must now shed light on his mortal remains. No arms deal, oil supply, military alliances or religious beliefs should come in the way of acting against Saudi Arabia for its violation of human rights. Now it seems that the country’s recent progressive measures, like granting driving licences to women and opening theatres, were mere token gestures.

Sir — Fearless journalists act as mirrors to society. They discharge their duties towards their nations by exposing the wrongdoings of governments, even at the risk of their own lives. On October 2, the journalist, Jamal Khashoggi, who was also a columnist for The Washington Post, was allegedly murdered within the Saudi Arabian consulate in Turkey, by a team of 15 men sent by the Saudi government. He was apparently tortured and then dismembered in order to facilitate the secret disposal of his body. He was known to be a vocal critic of Saudi Arabia’s crown prince, Mohammed bin Salman, and his national policy. Khashoggi was also banned from appearing on television or writing in newspapers for criticizing the US.

Recently, the Bulgarian journalist, Victoria Marinova, was found raped and murdered in Ruse, following her report on the work of investigative journalists on alleged fraud of European Union funds. She is the third journalist killed in the EU within a year. In Myanmar, two journalists have been jailed for seven years for reporting on the Rohingya genocide. India’s recent history has not been much different. Crimes against journalists are on the rise. These whistle-blowers should be protected.

Sir — The consulate of a country is supposed to be a safe haven for its citizens living on foreign soil. It is thus doubly troubling that Jamal Khashoggi was murdered inside the Saudi consulate in Istanbul. The excuse that he died in a ‘fist fight’ is not going to fool anybody; it will only be used as an excuse by those who wish to continue supporting the Saudi regime. Given that the country where Khashoggi was killed is ruled by a man known for his excesses and the nation that can bring sanctions against Saudi Arabia is headed by a fickle-minded businessman, it is unlikely that any investigation will bear fruit.