Monkeys should get railway travel concessions

They can teach humans a thing or two about civil behaviour 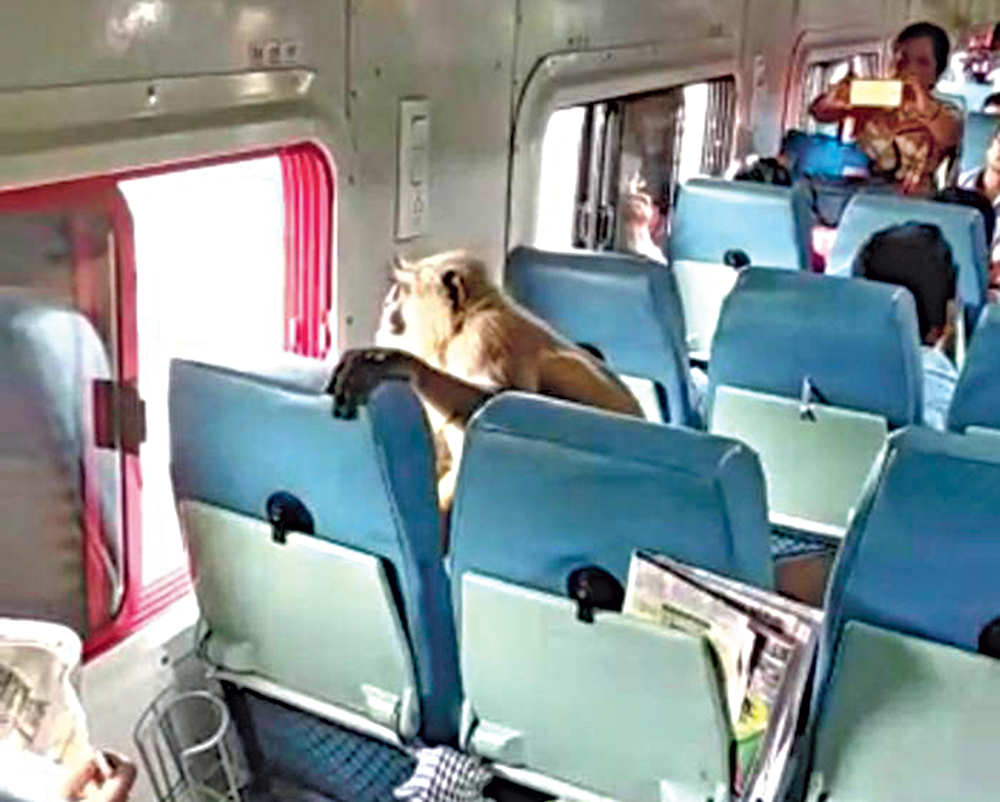 Sir — A recent photograph in a leading daily showed a monkey gazing out of the window of a train. It had been reported that the simian had boarded the train and then got off at a specific stop. In the course of the journey, the gentlemanly ape did not bother any of his co-passengers. Perhaps there is a case for humans to emulate their primate ancestors. Train travel is often a nightmare, given the raucous behaviour of human commuters who are also guilty of littering compartments. Should not the government offer travel concessions to simian railway passengers? They can teach men a thing or two about civil behaviour. 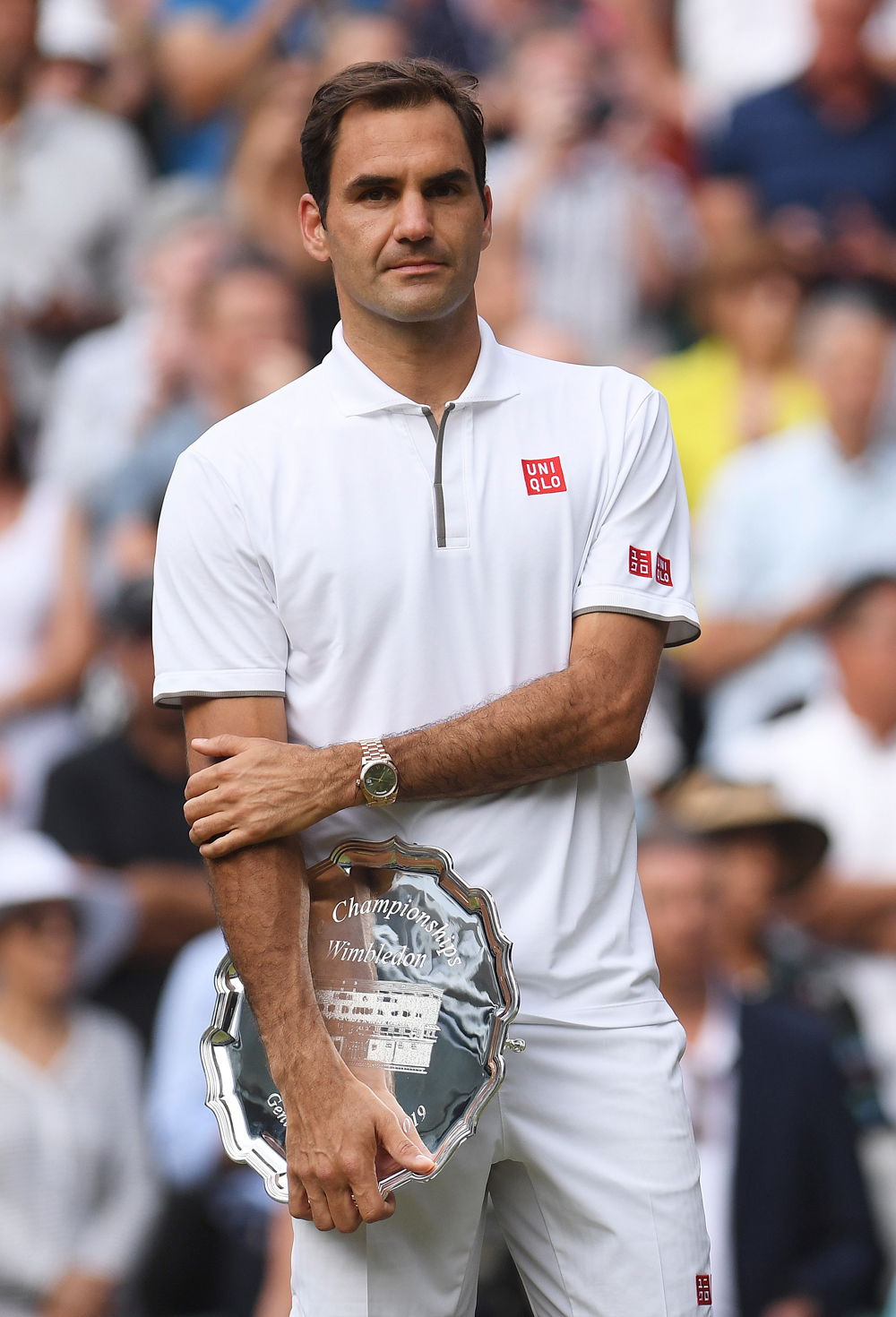 It was heartbreaking to watch Roger Federer lose the Wimbledon final, especially after the manner in which he played. There are few things as aesthetically pleasing as watching Federer play
(AP)

Sir — There are few debates that rile tennis fans as much as the one about the ‘greatest tennis player of all time’. As someone who has been following the game and supporting, nay worshipping, Roger Federer ever since he beat Pete Sampras at Wimbledon in 2001, I would be tempted to name the Swiss star. Others would argue that it is Rafael Nadal. But to do so would not only be to overlook facts in favour of sentiment but also be unfair to Novak Djokovic.

Djokovic, often seen as a third wheel to Federer and Nadal, can let the statistics speak for him. He holds the upper hand when it comes to individual contests with both Federer (26-22) and Nadal (28-26). Djokovic has won as many major titles as Federer but in far fewer appearances. He has also dominated the tennis circuit since 2011. Djokovic may not match Federer’s elegance, but his athleticism makes him one of the best returners. He also has a mean forehand and can move across the court in a flash.

Yet, Djokovic was far from his best self at the Wimbledon finals. He was slower than usual. Federer, on the other hand, was excellent. The fact that he can play such magnificent drop shots at this age is a marvel. Had he been playing anyone else but Djokovic, the result of the final would have been different. But then this too is a testimony to Djokovic’s skills.

Sir — The Wimbledon final between Novak Djokovic and Roger Federer was a contest of epic proportions. Djokovic proved, once again, that he is a tough nut to crack. He repelled everything that the Swiss champion hurled at him and went on to claim his fifth Wimbledon title. Federer, who fought for almost five hours, did not deserve to lose the match. There was very little to differentiate between the two players in the course of the match that turned out to be the longest men’s singles final in Wimbledon’s history. Incidentally, Juan Sebastian Cabal and Robert Farah, too, fought for a little under five hours to win the men’s doubles title.

Sir — The men’s single final at Wimbledon will go down in the annals of tennis history as one of the greatest matches to have been played ever. The fortunes swung between the two champions for close to five hours before Novak Djokovic triumphed. It seems that Roger Federer has made age redundant in sport. At 37, he is still one of the best players in the world. His forehands and backhands were enthralling. One wonders what will happen to tennis after Federer decides to hang up his boots. After Federer defeated Rafael Nadal in a keenly contested semi-final, it appeared that the Wimbledon title was within his grasp. Federer must be regretting his failure to win those crucial match points in the fifth set.

Djokovic, on the other hand, was resilient in the face of the Federer onslaught, saving match points to win the title.Tennis fans are extremely fortunate to have Federer, Nadal and Djokovic playing in the same era.

Sir — Novak Djokovic, a man of indomitable spirit, saved two match points to snatch victory from Roger Federer to clinch his 16th Grand Slam title. Djokovic has shown that he has the mettle to deliver during crunch ties. Federer deserves our commiseration as well. He fought relentlessly for hours even at his age.

Sir — The result of this year’s Wimbledon final must have broken the hearts of Roger Federer’s fans while bringing jubilation for those who support Novak Djokovic. Lovers of tennis were gifted a classic by two legends of the game. Those of us who know the game know how difficult it must have been for Federer to compete in the manner that he did. At times, it appeared as if an artist in his twenties was challenging a formidable opponent. Federer is a personification of elegance. He may have lost the final but he won hearts — as always.

Sir — It was heartbreaking to watch Roger Federer lose the Wimbledon final, especially after the manner in which he played. There are few things as aesthetically pleasing as watching Federer play; he does not need to run as much or as far as his opponents, and is the most versatile sportsperson to have ever played men’s tennis. While Novak Djokovic won the Wimbledon final, there is little doubt that the game actually belonged to Federer. One hopes he wins next year.