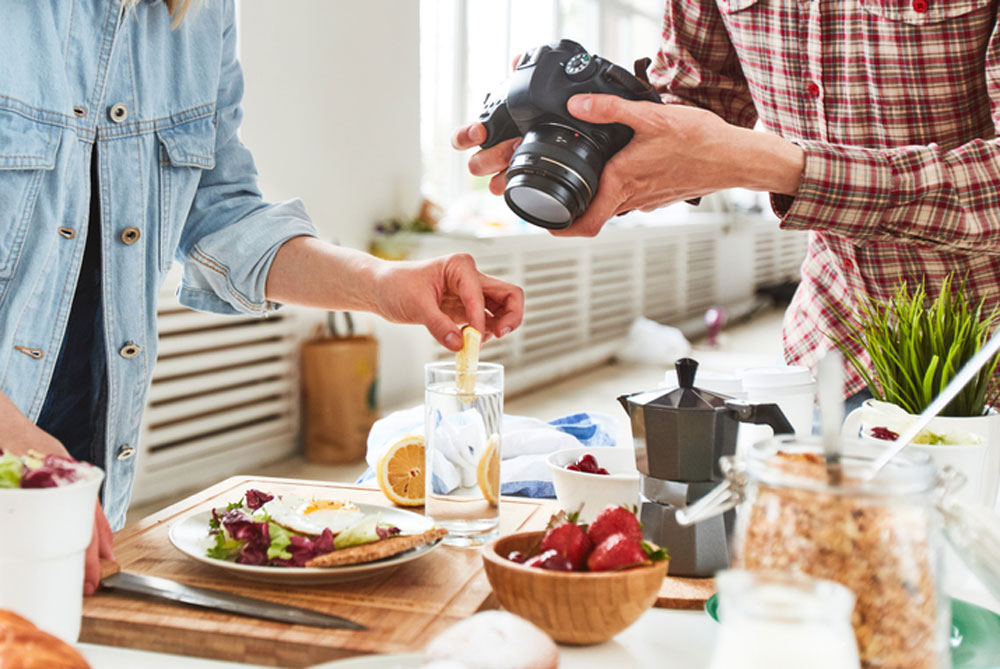 Many of us have wondered why food never tastes as delicious as it looks in advertisements. The trick, apparently, lies in photography.
(Shutterstock)
The Telegraph   |     |   Published 12.05.19, 09:57 AM

Sir — Nothing is as it seems. Many of us have wondered why food never tastes as delicious as it looks in advertisements. The trick, apparently, lies in photography. Many a clever ruse, such as using mashed potatoes mixed with colour to imitate a perfect scoop of ice cream, rubbing shoe polish on grilled meat or using liquid soap to create froth on beer, is used in ads to lure the viewer. One can only hope that fancy restaurants that dish out cleverly presented food do not use these tricks in real life. It is always better to get a rustic-looking but wholesome meal.

Sir — In his latest column, “A game of roulette” (May 10), Anup Sinha has systematically analysed the voting patterns that lead to government formation in India. The existing electoral system in the country is beset with many problems — ignorance and prejudices of the voter; money and muscle power of candidates and political parties; biased role of the electoral authority; and, above all, the will and might of the big business houses in influencing the results and the subsequent formation of government. Unfortunately, there seems to be no sign of ameliorative action in sight.

Sinha also made an interesting distinction between voters who push the Nota button and those who prefer to not visit the polling booth at all. He is of the opinion that the latter category of people are better. But that is being escapist and is not helpful. In spite of the intolerant attitude of the present government towards criticism, the Indian democracy still affords a chance to air independent views in various protected forums. These channels should be optimally utilized to improve the system instead of staying aloof from the electoral process.

Sir — The article, “A game of roulette”, provided an astute analysis of elections in India. While it is true that voters opt for Nota or, worse, do not vote at all owing to several reasons, this is not right. Universal suffrage is a constitutional right and should be exercised by every citizen. The intellectual position to support those who do not vote is nothing but balderdash. If people do not cast their vote, they lose their right to complain about the actions of the government.

Sir — Police records suggest that two-wheelers were involved in almost every third road accident in West Bengal last year. We often read about fatal road accidents where the victim was not wearing a helmet while riding a two-wheeler. Even though the Bengal government has made it mandatory for both the rider and the pillion to wear helmets, people freely violate this rule. It cannot be denied that many of these riders also drive carelessly, ignore safety rules and put their lives at risk. Police do not take strict action against all those who are rash driving or driving without a licence, especially teenagers.

Every accident cannot be prevented, but some of them are avoidable. Moreover, even if an accident does take place, taking precautions can ensure that people are not seriously hurt. No amount of punitive action will work unless there is some level of self-discipline. But, at the same time, it is important that the police are alert and patrol the streets round the clock. Political parties and corporate houses should work actively to push for more effective road safety measures. Preventing accidents is as much the responsibility of each citizen as it is of the government.