Nearly every conversation in McCluskieganj, in tones hushed or shrill, centres on the sale of land 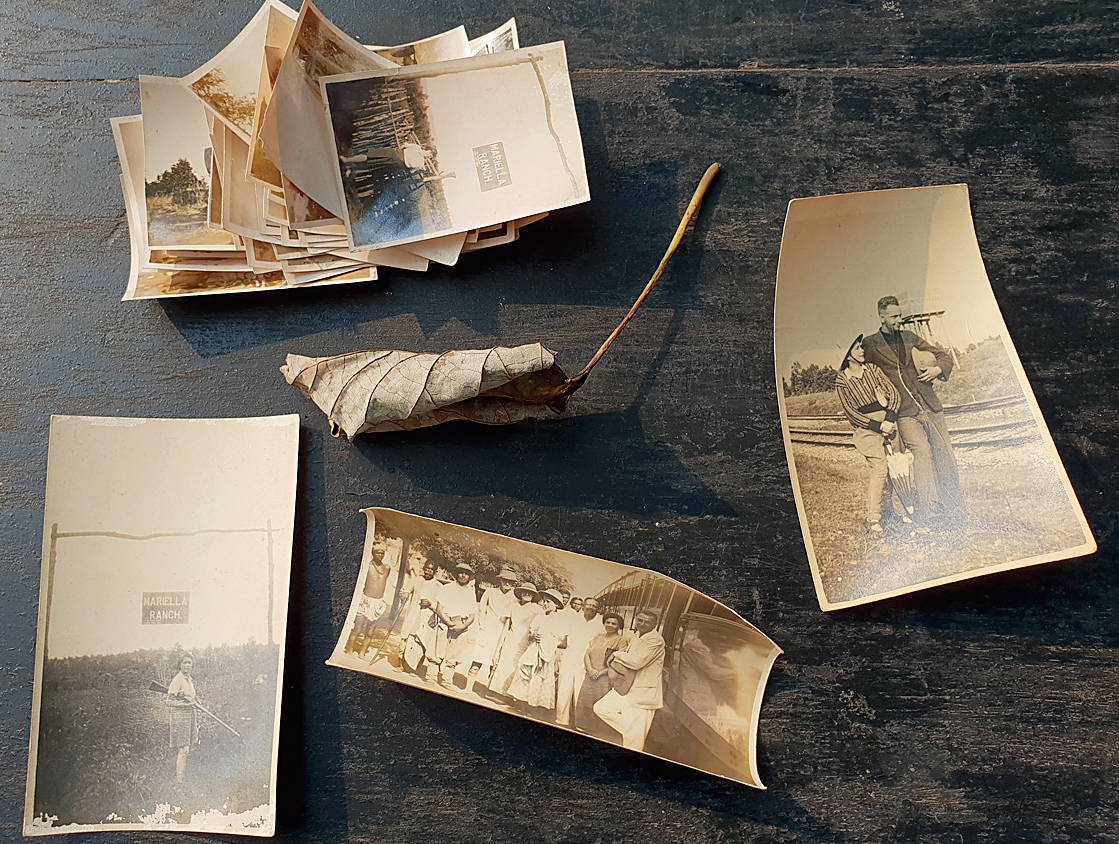 They say that once the shadows begin to lengthen in McCluskieganj, as small woodfires are lit in front of the ganj’s brick kiln, the rising smoke clouding the view of Napta Pahar, a wind begins to blow, past the small, smoky railway station, past the deserted cemetery, rattling the bones of the decrepit bungalows that stand cloaked in darkness. Only that this isn’t a wind at all. They say it is McCluskie sighing for Kitty Texeira.

Does Ernest Timothy McCluskie, the founder of the ganj christened after him, pine for Kitty? Not at all. McCluskie died in 1935, two years after he bought 10,000 acres of land from the local rajah, selling the dream of a mooluk to the Anglo-Indian community. In Collective Memory and Productive Nostalgia: Anglo-Indian Homemaking at McCluskieganj, Alison Blunt shows that The Colonization Observer, a fascinating journal of the time, can be relied upon to tell McCluskie’s tale. Kitty, McCluskieganj’s famously feral memsahib — Ian Jack described her memorably as a “browner version of one of Russell Flint’s dancing gypsies” — was born to a family of early settlers over two decades after McCluskie’s death. There would have been little love lost between the two. The Colonization Observer reveals why.

The settlement — McCluskieganj had attracted 250 Anglo-Indian families by 1939 — idealized its women. A letter from a certain Colonel Leslie in The Colonization Observer (December 1934), Blunt points out, acknowledged the contribution of women “in building this colony, not only in the encouragement you [sic] have given the men, but in actual manual labour”. Photographs of white women, Blunt notes, appeared regularly in the journal. The acknowledgement of women’s labour to the colony notwithstanding, their idealization was premised on lines that were unambiguously sexist and racial. Thus, The Colonization Observer asserted, “a matter of considerable importance to women everywhere, and in particular in our Colony, is the HOME…” Blunt writes that “[b]y 1938, two pages of The Colonization Observer each month were addressed to women as ‘Hearth to Hearth Talks’ and later as ‘Eve’s Corner’, advising on domestic matters.”

Kitty would have none of this.

Growing up, Kitty grazed cattle, spent time in the wilderness and befriended adivasis, causing McCluskie to turn in his grave. (Blunt refers to an anonymous letter in The Colonization Observer in which an Anglo-Indian from Karachi bitterly complained about “the menace of intrusions of outsiders”.) As a young woman, Kitty, courageously, crossed other lines. She married and had a family with a local man; she sold fruits and brewed liquor on the railway platform; she resisted, fiercely, the social stigma and exposed the hypocrisy of her community (“None said a word when Keith Baker started a fruit business”).

Kitty’s penury has been seamlessly equated in the public discourse with McCluskieganj’s eventual decline, turning this feisty woman into a symbol of a community’s degeneration. But Kitty Texeira, now old, phlegmatic, with a dimness in her eyes, represented an opportunity. Had the ganj’s settlers and their descendants reimagined McCluskie’s experiment as one of collaboration and not exclusion, they may have been able to survive the financial irregularities and the hardship with the help of indigenous patronage.

Now only their bungalows remain. And there is Kitty, reminding visitors that an idyll, in its affirmation of exclusion, can be far from ideal.

A broken plaque stands on a patch of land being devoured by weeds next to the canteen that was once run by Mrs Kearney. The structure — bird droppings adorn it, with a clothesline forming the backdrop — is supposedly a symbol of the appreciation for McCluskie’s experiment. Today, it is a telling emblem of a democracy’s condemnation of a man whose vision was allegedly not representative enough. Settlements created on the premise of identity have often been scrutinized for their exclusivity. The Jewish intellectual, Martin Buber, wrote to M.K. Gandhi, whom he admired, in 1938 that the “question of our Jewish destiny is indissolubly bound up with the possibility of in-gathering, and this in Palestine.” (Gandhi: The Years That Changed the World, Ramachandra Guha).

But were McCluskie’s anxieties, which led to the founding of the mooluk, uncomplicatedly racial?

The economic motives underpinning McCluskieganj’s inception are fairly discernible. The Government of India Act of 1935 had threatened the monopoly of Anglo-Indians in the lower tiers of the British administration. Significantly, Blunt shows that the Simon Commission felt “[i]t would be a great relief to the situation if the community could open out for itself a wider range of employment and depend less completely on government service,” (The Colonization Observer, July 1934), making it clear that British benevolence could no longer be taken for granted.

But there is an engrossing twist. McCluskieganj’s founding may have been an attempt at sovereignty to liberate the community “both from British patronage and from Indianization”. Yet, writes Blunt, the settlement was grounded on a conception of home that was characteristically Indian. Henry Gidney — he had petitioned the British for land for an Anglo-Indian colony in the Andamans — called McCluskieganj “A home for Anglo-Indians under the sun of India, their motherland… a concrete evidence of our affection for the land of our birth…” Here is another excerpt cited by Blunt, this time from an article in The Colonization Observer of 1939: “McCluskieganj is our MOOLUK. It is the one place in the whole of India where we can live like Indians and yet keep our individuality.” The motive — history proved its futility — seemingly, had been to retain a distinct identity within the framework of a larger, fledgling, diverse federation. These passages expose the pitfalls of interpreting McCluskie’s legacy through the imperial and anti-colonial narratives only. Could it be that the disintegration of McCluskie’s dream and the subsequent migration of Anglo-Indians is one of the earliest instances of Indian democracy failing to deliver on its promise of assimilation?

McCluskieganj railway station. Were the anxieties of the founder of this Jharkhand town, founded in the early 20th century as a home for Anglo-Indian families, uncomplicatedly racial?
Wikimedia Commons

In her paper, Blunt contends that “… rather than nostalgia being seen in terms of loss, mourning, and the impossibility of return, productive nostalgia is oriented towards the present and the future…” A visit to McCluskieganj today would reveal the transformation of nostalgia into capital: it is productive in a literal sense.

Nearly every conversation in the town, at the railway station, around the unkempt chowk, inside plush residences, in tones hushed or shrill, centres on the sale of land. Settlers, old and new, seem to be in perpetual negotiations over plots, the ghostly bungalows, their orchards — mango and mahua sell at a premium. Shockingly, old documents and photographs — invaluable for research — belonging to Anglo-Indian families are changing hands, often to bolster dubious claims on unclaimed properties. The town teems with hostels that cater to the students of a famous educational institution; nostalgia draws tourists, many of them Bengalis, who, however, can be heard complaining about the spartan amenities, the cold, and the dwindling number of sahibs; roads are being built, prising open verdant stretches of wilderness; the thunder of dumpers and the piercing whistle of goods trains laden with coal drown out bird whistles.

Come to think of it, McCluskie may not be sighing about Kitty’s fate after all.