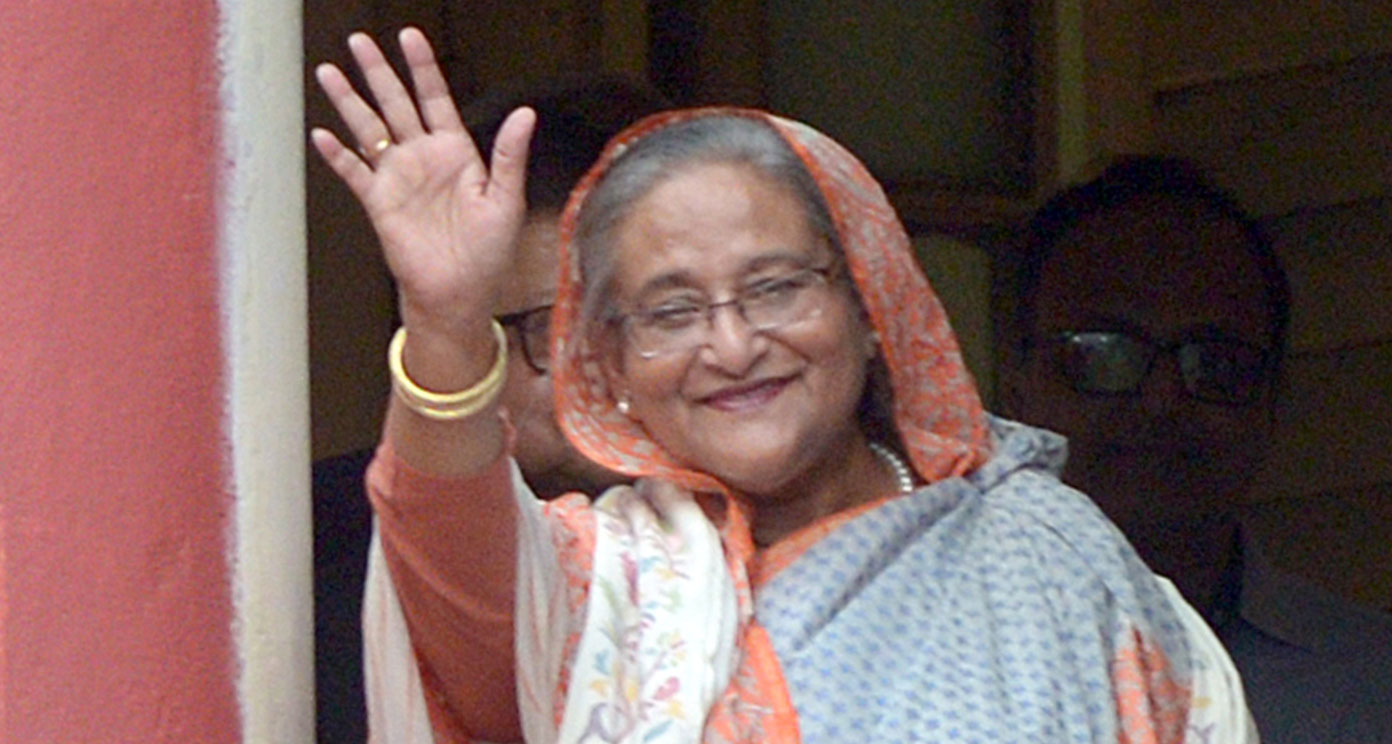 Sheikh Hasina Wajed has attributed her triumph to the development agenda pursued by her government
Telegraph file picture
The Editorial Board   |     |   Published 02.01.19, 03:19 AM

The new year could not have begun on a sweeter note for the Awami League in Bangladesh. Sheikh Hasina Wajed’s party has steamrolled the rainbow alliance cobbled together by the Opposition, winning 288 of the 300 seats and over 90 per cent of the votes. A leader of the Bangladesh Nationalist Party has threatened to move court, declaring the polls to be a farce. But landslide victories have not been uncommon in the electoral history of the country. In the election of 2008, a poll that was believed to have been contested on relatively even terms, the alliance led by Awami League had stormed to power by winning 263 seats. Ms Wajed has attributed her triumph to the development agenda pursued by her government. It is true that Bangladesh’s economy has performed credibly under Ms Wajed’s watch. Its performance on social indices is even better than that of India. Bangladesh is well on course to join the realm of developing nations in a few years’ time. But political triumphs are not premised on economic performance alone. Perception often holds the key during elections. The disarray in the ranks of the Opposition could have eroded voters’ confidence. The absence of Khaleda Zia from the battlefield — the BNP leader is in jail on charges of corruption — further weakened the cause of the National Unity Front.

The popular mandate should not make the prime minister and her party complacent. Ms Wajed has her task cut out. The repatriation of the Rohingyas — around seven lakh refugees had escaped to Bangladesh from Myanmar — has not materialized even though a deal had been struck between the two countries. Ms Wajed’s government has also been the subject of international scrutiny on account of alleged excesses. Worryingly, Ms Wajed’s claims notwithstanding, she has been accused of not doing enough to rein in the spectre of Islamic fundamentalism that threatens the freedom of thought and expression. The killing of bloggers and activists is a manifestation of this lengthening shadow of radicalism on dissenting voices. The prime minister needs to allay these concerns immediately. Meanwhile, New Delhi will be looking forward to further consolidate its ties with Dhaka. Progress has been achieved on several fronts, including power, infrastructure and mobility. But some knots remain; the Teesta water treaty being the primary bone of contention. These tricky areas need to be addressed if India and Bangladesh are to fulfil the true potential of their relationship.