Advertisement
Home / Opinion / Letters to the editor: Marvel Studio expand its vision from preaching US supremacy

Letters to the editor: Marvel Studio expand its vision from preaching US supremacy

Readers write in from Alappuzha, Maruthancode, Ujjain and Calcutta 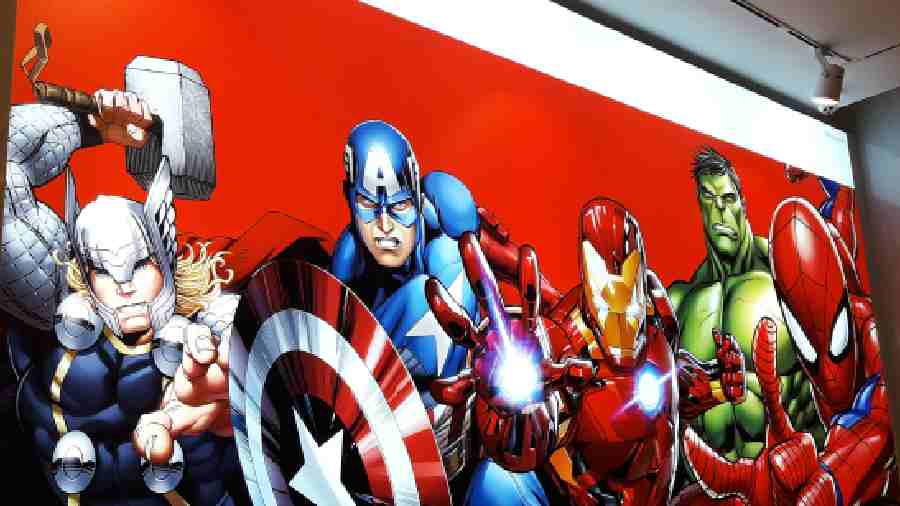 Sabra made numerous appearances in Marvel comics over the years, starring alongside top icons like the Incredible Hulk, Iron Man and X-Men.
Shutterstock
The Telegraph   |   Published 25.09.22, 05:14 AM

Sir — Marvel Studios, known for churning out films and characters that preach the supremacy of the United States of America, has finally expanded its vision. But its gaze continues to be problematic. The studio has introduced a new superhero, Sabra, who is a Mossad agent who wears her country on her sleeve. Sabra made numerous appearances in Marvel comics over the years, starring alongside top icons like the Incredible Hulk, Iron Man and X-Men. If the comics are anything to go by, reviving Sabra’s character will spread offensive stereotypes about Arabs and dehumanise Palestinians in the public imagination.

Sir — The incidents of violence at the hartal called by the Popular Front of India are condemnable. Bikers wearing helmets and masks hurled stones and petrol bombs that damaged vehicles and property. The Kerala Police failed to rein in the brigands. Any political outfit that resorts to violence in the name of protest should be penalised.

Sir — The coordinated crackdown on the PFI across different states by the National Investigation Agency could well be a plan to divert people’s attention from the worsening economic situation in the country. The participation of the PFI in the protests against the Citizenship (Amendment) Act and its campaign for the right to wear the hijab in schools and colleges are being held against the organisation by the ruling dispensation at the Centre. Democratic protests, especially when they are held by minorities, cannot be misrepresented as anti-national. The so-called threats posed by the PFI need to be brought out into the open. The NIA must thus provide tangible proof to support its actions. A democratic government should be held accountable for its actions by the citizenry. It cannot hide behind the fig leaf of national security.

Sir — While it is unfortunate that the PFI hartal in Kerala devolved into violence in certain places, the entire outfit cannot be blamed for such sporadic incidents. More important, the reasons for the PFI’s discontent must be explored — the Hindu majoritarian agenda is making India’s minorities fearful and pushing them towards violence.

Sir — In his article, “Shared darkness” (Sept 24), Ramachandra Guha draws parallels between the erstwhile Left Front government in West Bengal and the ruling Bharatiya Janata Party at the Centre. Both seem to have found ways to delink electoral victories from the quality of governance. The fallouts of such poll victories are arrogance, a lack of accountability, and the steamrolling of ill-planned legislations. A strong and credible Opposition is thus sine qua non for a healthy democracy.

Sir — The census is one of the most essential tools of policymaking. It provides valuable information on key parameters like demography, economy and education, among others. The government should ensure that the census exercise, which was delayed owing to the pandemic, is carried out at once. Given the changes wrought by the pandemic, census figures have assumed greater importance.

Sir — The reports and press images of the lumpy skin disease spreading among cattle are worrying. They raise questions about measures being taken to safeguard animals. Vaccination is the only way to halt the spread of this disease.