Advertisement
Home / Opinion / Marriage is a hotbed of violence. But wait, the bed is not very hot

By any chance, are the TV serials admitting that marriages are best when they do not happen? 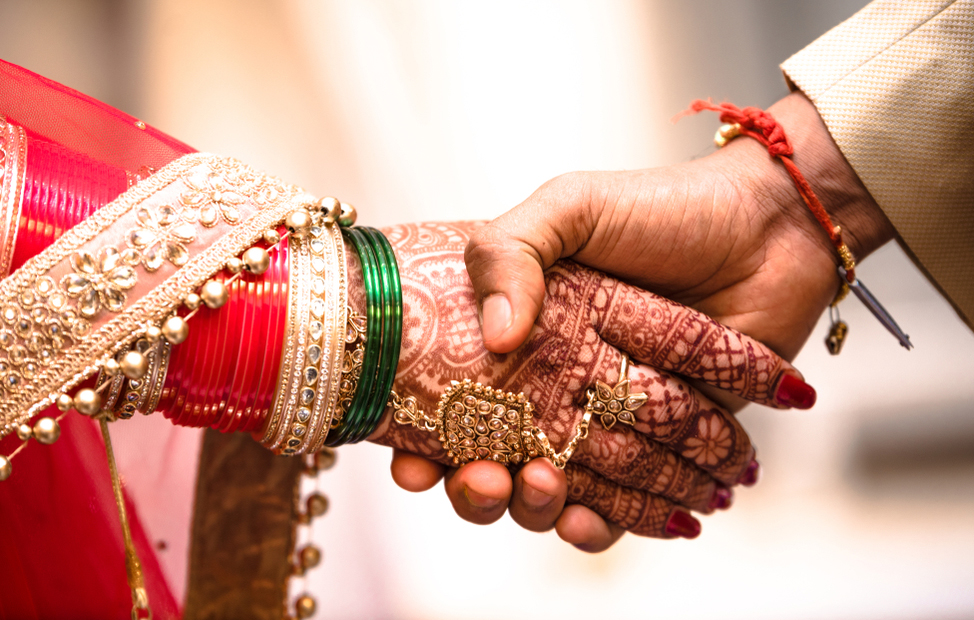 Perhaps the most stunning feature of some popular serials is that more than a year into matrimony, the young couple at the centre of the storm that is a family is yet to consummate the marriage. But the marriage itself is the consummation, of a woman’s being.
(Shutterstock)
Chandrima S. Bhattacharya   |     |   Published 26.08.19, 01:32 PM

She says men and women had equal opportunity of education in those times and they also played equal roles in society, proved by the fact that wives always had to be by the side of husbands during worship. I say I seriously doubt the truth of the former statement and the latter is only dubious as evidence of the higher status of women. Could a woman offer to worship the gods with the husband by her side? My daughter gives me the look that means: “Why do you have to spoil everything always?”

So I leave her lair to enter my mother’s chamber. My daughter follows me.

My mother’s room, after sunset, is an even bigger shrine to matrimony than the late Vedic age. She is addicted to Bengali serials. This is prime time, and not unlike a certain news anchor, marriages are at their most violent on the screen at this hour.

The serial that is unfolding is about two women fighting over a man. The scene that had begun three days ago is still continuing. The man is lying on a bed and the wife, a good woman, has him in her possession for the time being, and everyone else, especially the man’s mother, is plotting, plotting, plotting, on how to keep the couple apart.

Now this is exactly the plot — a significant word — of the previous serial, and of the one before that. And yes, all the marriages are morganatic, with the woman quite a few notches below the man in social hierarchy. The marriage is the means for her to acquire social status. However, not only the in-laws, but class, caste, community and gender are all conspiring together to keep her firmly in place, which is down there, below.

Marriage is a hotbed of violence. But wait, the bed is not very hot. Not yet. Perhaps the most stunning feature of some of the popular serials is that though more than a year into matrimony, the young couple at the centre of the storm that is a family is yet to consummate the marriage. Therefore they are not exactly “married”.

The marriage has to be consummated, but marriage itself is the consummation, of a woman’s being.

Offhand, I can count at least three such couples. There might be a fourth one, but I am not following that serial very closely. The poor couple featuring in it may have slipped when I was not looking.

But the other three couples I am pretty sure about. In each case, the husband and the wife are utterly decent with each other, speak to each other only tenderly and politely, and in some cases, address each other as “apni”. Their protracted chastity is far more painful to watch than the slow head-turning by the characters who may exhaust more than one episode to look from one end of the room to another.

I really cannot fathom what purpose their virtue serves. They are not helping each other. I am feeling stressed just watching them. And certainly the makers of the serials do not want to titillate the audiences by the fantasy of delaying consummation?

I am quite sure they are not that brutal. Only the couples’ relatives are.

The young couple is truly bound by holy matrimony. But by any chance are the serials admitting that marriages are best when they do not happen?

In the serial that we are watching, the mother charges into the man’s room with a woman who claims to be his legally wedded wife.

My daughter, who has been drinking in every detail, asks if the man is a bigamist. I say, yes, I guess he is. She says it is alright, it used to happen before. She also informs me that in the late Vedic age, polygamy would be practised, and also polyandry.

She sees the look of surprise on my face. The penny drops.

“You mean all this is happening NOW?” she asks, pointing at the screen.