There is no escaping climate crisis, but concerted efforts may ensure loss of life is minimum 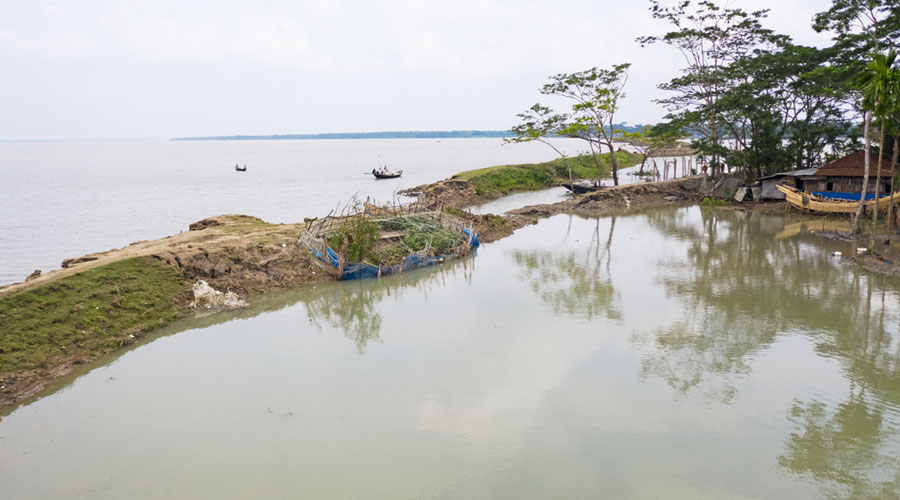 The Sunderbans in West Bengal, along with several districts in Odisha and Tamil Nadu, are the most vulnerable to high storm surges induced by cyclones, according to the Climate Hazards and Vulnerability Atlas of India released by the ministry of earth sciences recently. The atlas aims to help mitigate the effects of the 13 most hazardous meteorological events like floods, droughts, extreme rainfall, cyclones and so on. But having a map is just the first step to charting out a course of action. While there is no escaping the climate crisis, concerted efforts may ensure that the loss of lives and damages to property are minimum. For instance, data show that mangroves can reduce annual flood damages from tropical cyclones by 60 billion dollars and protect 14 million people globally. Worryingly, the recent India State of Forest Report 2021 revealed that the very dense mangrove cover in the Sunderbans has been shrinking since 2011. Hearteningly, West Bengal carried out two plantation drives in the Sunderbans after the Cyclones Amphan and Yaas. But administrative response to extreme weather events remains reactive. This means that there is a disproportionate policy emphasis on the distribution of relief and on rebuilding rather than on minimizing the damage through prudent preparedness. What is also missing is the transformation of physical assets — buildings, transportation networks, even land and agricultural practices — into climate-resilient edifices in vulnerable areas. There is also a need to raise a dedicated and trained local civic cadre to undertake relief work in vulnerable areas. This force can complement the rehabilitation undertaken by the administration.

Some other aspects of climate-change-induced disasters remain unaddressed. Indian laws are silent on the rights and rehabilitation of climate refugees even though it has been estimated that annually nearly 1.5 million people are displaced internally on account of extreme weather-related events. Recent studies show that there is no insurance to speak of when it comes to climate change, at least not the kind that will help the poorest and most at-risk sections. Equally worrying is the absence of public mobilization in favour of policy interventions to address climate change. Not everything can be left to a dedicated but handful of philanthropists. The political class would be forced to act only if the environment becomes a political —  as opposed to a merely ecological — issue.