Advertisement
Home / Opinion / Many in Congress are angry, want Rahul to take over immediately

Many in Congress are angry, want Rahul to take over immediately

DELHI DIARIES: Guess how BJP ensures no minister can get bigger than his/her shoes 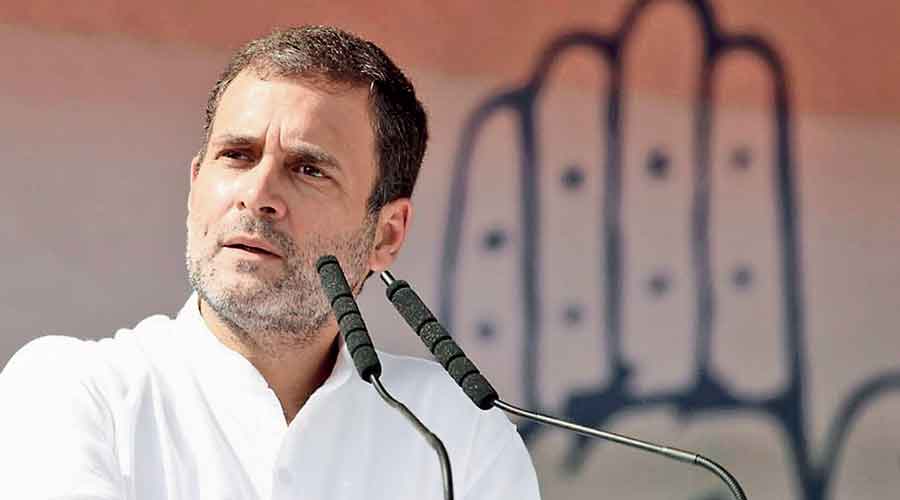 A majority of Congress leaders did not appreciate young Jyotiraditya Scindia and Jitin Prasada defecting to the Bharatiya Janata Party, but they are equally angry with Rahul Gandhi for refusing to return as party president. Such is the frustration that one known family loyalist said in an informal conversation, “Rahul should immediately take over the reins and lead from the front. The party and the country will forgive him for running away and wasting two critical years. If he is still reluctant, he should immediately make public statement that his exit is final and somebody else must be appointed to lead the party without any further delay. This unending uncertainty is destroying Opposition against Narendra Modi [sic].” Another leader, also known to be close to the family, said, “Rahul should take sanyaas if he is not interested in politics. This back-seat driving won’t do.” Although most of these leaders firmly believe Rahul is the best leader to confront Modi in 2024, they are so tired of waiting that they have started criticizing him viciously. One former Union minister made a caustic remark while analyzing the state of affairs in India, saying, “Two parallel processes are continuing — one that destroys the country, another that destroys the Congress.” Most of the party workers feel nothing is being done to strengthen the organization and politics is restricted to Twitter. Even blind loyalists admit all this but blame Covid-19, not Rahul, for the situation. “We had grand plans but could not execute them because of lockdown and the consequent humanitarian crisis.”

This week a media address by Ravi Shankar Prasad, who is in charge of heavyweight ministries like law and justice and electronics, information technology and communications, was scheduled at the BJP headquarters. Given Prasad’s ministerial profile, it was expected the media address would be on some topic of national importance. Much to everyone’s dismay, Prasad dwelt on slamming the Delhi government’s proposal to give home delivery of rations to the poor, especially since Delhi is not even a full-fledged state.

In party circles, the choice of fielding a senior minister like Prasad was seen as a deliberate move by the current regime to ensure that no minister or party leader starts thinking that he or she has become too big for his or her shoes. Barring the very senior leaders, most others are periodically asked to come to the party office and address press conferences. The ministers are apparently asked to say that they are party workers first and then a minister. Apart from their performances in handling their respective departments, what work they have rendered to the party is also taken into consideration during assessments. So no one dares shirk their responsibility when it comes to managing the affairs of the party and protecting its image.

The Congress effected major organizational changes in the Kerala PCC within a month of the election setback. The change in distant Kerala, swift by Congress’ own standards, has left Assam PCC leaders frustrated. The unit president, Ripun Bora, quit soon after the loss to the BJP-led alliance in the state. The state unit was hoping the high command would appoint someone acceptable to most, someone who could effectively take on the newly-appointed chief minister, Himanta Biswa Sarma, and galvanize the state unit. Most say that the Assam unit has been a victim of the party leadership’s dithering and wrong decisions. “They appointed the CLP leader on the eve of the inaugural session of the new assembly and now we wait for the appointment of the PCC president. We are going through the motions when we should have been taking on the new government as the main Opposition party, more so when you have someone as astute and media savvy as Sarma as the chief minister. We have not learnt our lessons despite the losses,” a party leader said, articulating the mood in the state PCC.

In spite of the delay in launching the poll campaign or making it clear it will continue with Bora contrary to demands from most senior leaders, the state unit put up a united face in the polls. The delay in naming the state unit president is deepening the damage.

The term of a colourful student politician and a darling of the Delhi press, Akshay Lakra, has ended. His four years and seven months is perhaps the longest for any Delhi unit president of National Students’ Union of India. During his term, the organization transformed from a ‘money-and-muscle’ outfit to an ideologically-motivated group under the guidance of Congress joint-secretary, Ruchi Gupta. Her politics and Lakra’s activism made the NSUI’s presence felt in the DU students’ union, which has been dominated by sangh-backed Akhil Bharatiya Vidyarthi Parishad since 2013. The conflicting styles of Lakra and Gupta led to many comical situations which had the unintended effect of keeping the cadre on their toes. Lakra will be remembered for his flair for theatrics — he defaced a bust of Hindutva ideologue, Vinayak Damodar Savarkar, which was eventually removed from its prominent position in DU — and for reaching his wedding on a tractor last year in solidarity with farmers.

Malayalis are missing KK Shailaja ‘teacher’, who was not given a second term as health minister. She is now the CPI(M) chief whip in the assembly, a step down compared to her earlier portfolio. While her successor, Veena George, has hit the tracks running, people miss Shailaja who almost always had a ready solution for problems. Many say the CPI(M) is losing out on the charismatic leader’s presence, especially when the state is reeling under the pandemic.