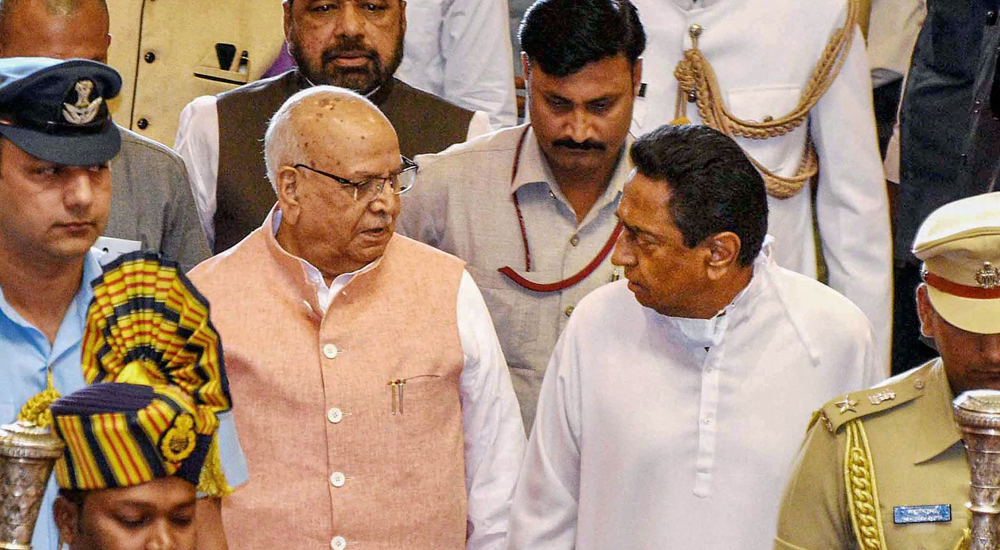 The highest court appears to have become the final arbiter on matters of government formation. This is not on account of judicial overreach, a complaint that the political fraternity crows about periodically. The perfidy of politicians is the cause of this strange spectacle in democratic India. Consider the case of Madhya Pradesh. The Congress had wrested the state from the Bharatiya Janata Party after 15 long years, but by a not-so-comfortable margin. With Jyotiraditya Scindia changing his political stripes and ideology to boot and joining the BJP — 22 legislators, six of whose resignations were accepted by the Speaker, have deserted the Congress — the BJP has come within sniffing distance of recovering the crown. But there was the proverbial slip between the cup and the lip. The Congress government managed an adjournment on account of the Speaker’s benevolence but the governor — this office has a history of partisanship too — demanded that the chief minister, Kamal Nath, and his government must be put to a floor test with immediate effect. Matters, as is the case these days, have moved to the court, with the Congress accusing the BJP of undermining democratic traditions. The Congress has reasons to believe that its argument has a point. In Karnataka, where the Congress was in power in an alliance with the Janata Dal (Secular), the BJP romped home after engineering defections in the ruling parties. The combination of intimidation and enticement — Mr Scindia has been assured a Rajya Sabha berth by his new patron — is proving to be quite effective in eroding public mandates in states.

The court’s wisdom would break the deadlock in Madhya Pradesh. But a larger, crucial issue remains unresolved. Political opportunism is proving to be the bane of democratic politics with elected legislators eagerly improvising newer kinds of chicanery to undermine electoral verdicts. Notably, legal checks and balances are faltering against this malaise. The anti-defection law, for example, has not been able to do much against orchestrated resignations that have rung the death knell for state governments formed by parties opposed to an aggressive, ambitious and unscrupulous BJP. The issue is, evidently, two-fold. The Congress may be the victim in most cases but it is the amorality of its legislators that emboldens ‘political poachers’ in the first place. There is also the case for a stringent law against this new modus operandi to sabotage elected governments. Abusing the will of the people is, in effect, a ploy to weaken democracy.

Kamal Nath up against daunting odds and Lalji